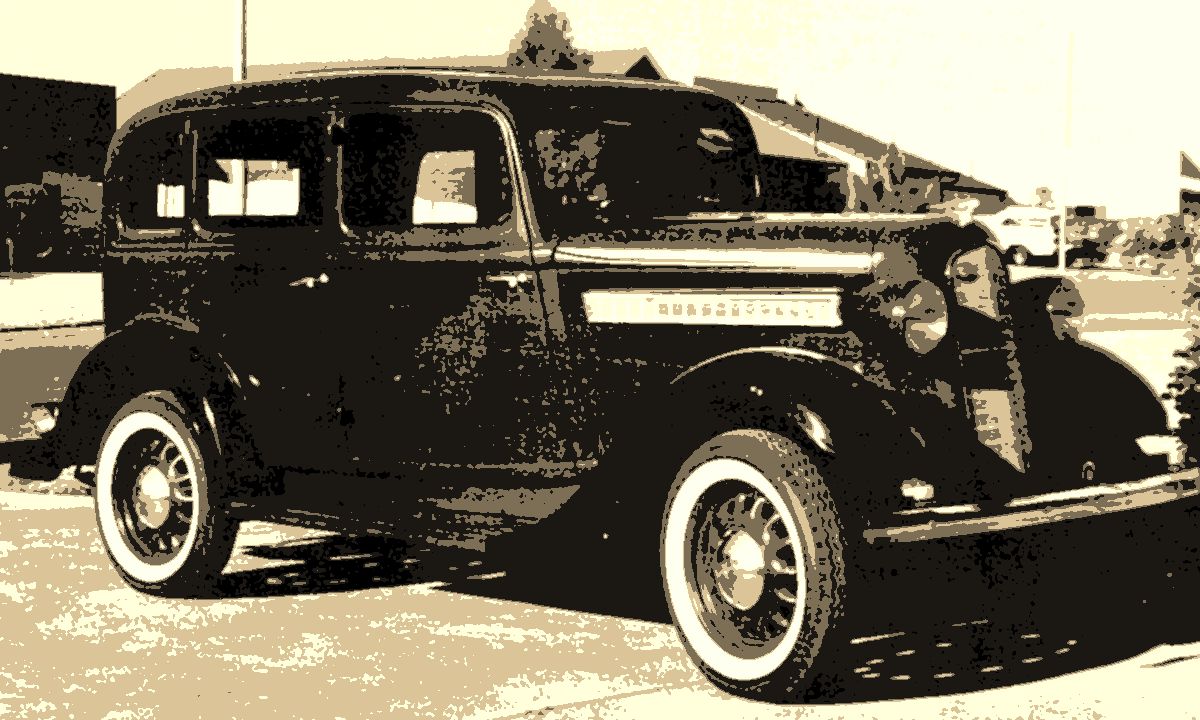 Home
Wheel life
DeVo — the car — not the band

GOOGLE DeVo and you’ll find quite a few options, among them an American rock band from Akron, Ohio, a luxury car hire firm based in Europe, one of Bugatti’s latest models, a car-wash in Moose Jaw, a brand of watches and a scrap removal crowd in Canberra.

But nowhere is there mention of a DeVo being a car.

It’s one of the rarest cars ever made, the last of a fascinating line of excellent vehicles and one that should have ended up in Jay Leno’s garage — or in another major US auto museum.

Take a deep breath, because it’s a tale that goes back to the early days of motoring.

The announcement of the De-Vo Motor Car Corp in 1936 gives the founder’s name as Norman deVaux, president of the company which “has been formed in Maryland to manufacture a four-cylinder, full-size, five-passenger automobile to meet the demand from foreign countries for this type of American-made car.”

It’s also the sole occasion that the name was hyphenated. The car itself had no hyphen on its badge.

It was the product of Norman deVaux, one of the pioneers of the US car industry, with a head-spinning history of mostly very successful career changes.

He started selling Cadillacs in 1903 and later became a Buick distributor for the West Coast.

Next he became Auburn distributor for Northern California and after that, head of the the Reo Pacific Company.

In 1914, DeVaux was made Chevrolet distributor for Northern California and was so successful that General Motors built a Chevy factory in Oakland, California and DeVaux became half-owner, president and general manager of the firm — Chevrolet Motor Company of California.

In 1921, he sold his half interest back to General Motors for US $4 million and stayed on as president of the Oakland factory.

For the next five years, the Durant accounted for second or third place in registrations in Oregon, Idaho and Utah; fourth place in other Western states.

Then DeVaux bought control of Durant cars,  joined forces with Colonel Elbert J. Hall, co-designer of the Liberty aircraft engine and vice-president of Hall-Scott Motor Corporation — to form the DeVaux-Hall Motors Corporation and the first DeVaux Six rolled off the assembly line at Grand Rapids, Michigan, on April 1, 1931.

It was sold to a dealer who had camped outside for a week to make sure he got the first car.

By June of 1931, there were 587 DeVaux dealers in the US and other countries.

DeVaux cars were sold to buyers as far away as the Philippines, China and Japan.

So successful and sought-after were the cars that  production could not keep up with the demand; the vehicles were sold before they came off the line.

He was said to be rather disappointed with the DeVaux, feeling the engineers had forced his long, flowing lines into a stubby silhouette.

But it seems to have been an economy move, in that early cars really comprised leftover Durant bodies fitted with De Sakhnoffsky’s sleeker mudguards, bonnet and grille.

Many US rivals wondered how DeVaux achieved such success.

Body styles available for the 1931 were a phaeton, six coupes, five sedans and a  cabriolet with engines were from Continental Motors.

The high-spec cars came in a range reduced to three coupes, the cabrio and two sedans and buyers could opt for an assortment of factory accessories.

But the company, which had started so auspiciously, soon met with failure, largely due to the Great Depression, DeVaux-Hall Motors Corporation went into receivership on February 13, 1932 — unable to pay its creditors.

Continental Motors Corporation took over and the plant resumed production, but shut down production of the DeVaux later that year and started building its own Continental Beacons and other models.

Then never-say-die Norman deVaux reappeared on the scene, bought the few remaining assets of the Grand Rapids plant, sold it for a profit to General Motors in 1936 and fired up a new venture: he built the DeVo, a phonetic version of his name, which was aimed at the export market.

The car was really a rebadged and slightly modified version of the 1933/34 Continental Beacon and went on display at the Waldorf Astoria before being shipped to South Africa, where it made its debut at the Empire Exhibition at Johannesburg’s Milner Park.

But far from being a crowd puller, its dated styling was in contrast to the more modern offerings from General Motors, Ford, Chrysler, Willys and other manufacturers.

It was bought off the stand by a dealer who used it for a while, then parked it under a pear tree in the back garden of his suburban home when something went wrong with the engine.

And that’s where it stayed for a great many years.

South African motoring historians Andrew Reed and Brian Malin say the car was in a parlous state and changed hands several times before it was acquired by a sympathetic Ron Hofmeyr, of Boksburg, one of Johannesburg’s gold-mining satellite towns, who spent years restoring the wreck.

He even made complex parts such as the distributor, shock absorber mountings, even hubcap badges, and made his own castings.

He repainted the car its original shade of maroon and had completed the task in 1986.

One part he tried to source from the US was a new water pump.

Inquiries to the Continental and deVaux clubs stunned owners of the few surviving cars, some who had always wondered what had happened to old DeVo number #1 — while most had never heard of it.

After the meticulous ground-up restoration, Ron’s one-off DeVo sailed through the roadworthiness test and has since competed in several classic car rallies.

Ron has since passed on, but his DeVo lives on in the care of his son, Selwyn and remains in pristine condition in Boksburg, where it sometimes does duty as a wedding car.

After making just the one DeVo, Norman deVaux next wound up at Hupp Motor Company, where he was  instrumental in the production of the Hupmobile Skylark of 1940.

Some reports say after that he next had a go at mining in Arizona.

But before we finish, there’s just a bit more to this ‘all over the show’ yarn . . .

Before he got involved in cars, DeVaux was a top cyclist and in 1896 set a trans-continental record, riding the unsealed 6000km from New York to San Francisco in 37 days on a Comet bicycle.

CHECKOUT: Aussie Capri one of rarest in the world