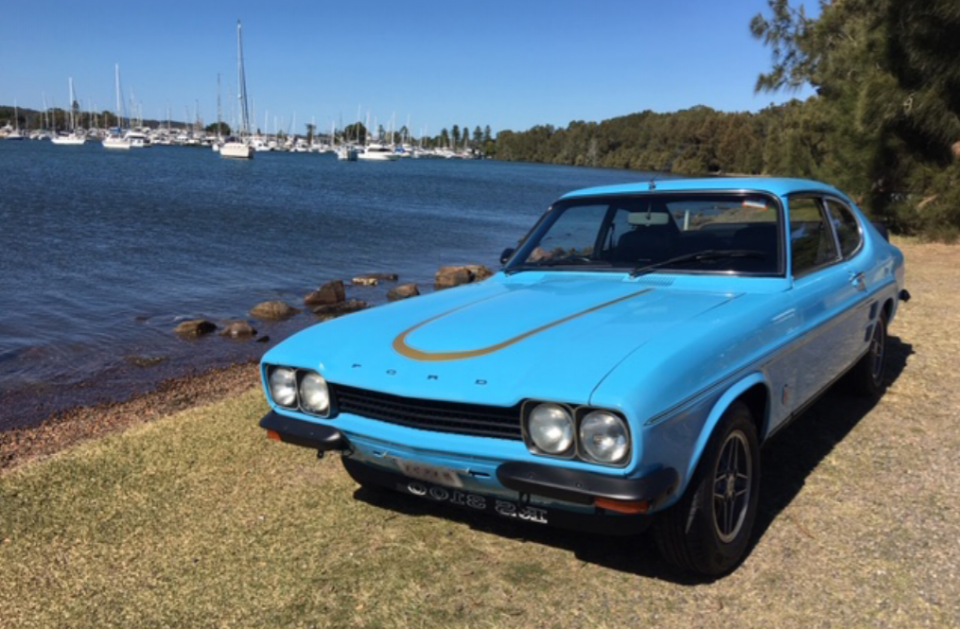 Aussie Capri one of rarest in the world

Between November, 1973 and January, 1974 Ford built a mere 250 of these V6 engined, road-registerable racing Capris in an all out effort to win the European Touring Car Championship.

Fifty cars were shipped to Australia in June 1974, and, when new, cost, 20 per cent more than the Falcon GT.

He was barely 20 years old when he bought it.

“I was a young kid when Allan Moffat raced one in the sports sedan category in 1975 and Dick Johnson and Bo Seaton raced them at Bathurst,” Glenn explained.

“I thought they were fabulous cars back then and told everyone I had to have one.”

Glenn saw the Capri advertised in Melbourne in 1987.

After a bit of negotiation Glenn was the owner of a rare Capri with 78,500 miles on the clock.

“It was in okay condition but at one stage a tow bar had been fitted, so I do not think the previous owner knew its value,” he said.

Glenn used the RS3100 as his daily driver for many years, and at one stage even owned two of them. The second car has been sold.

The RS 3100 was a powerful car for its era. The V6 pumps out 110kW (148bhp in old money) and its light weight gave it acceleration quicker than a GT Falcon.

Capris are not Glenn’s only Ford passion.

As a dedicated member of the Hunter British Ford Group he is currently restoring a 1966 Ford Cortina station wagon.

It has been stripped back to bare metal, and now sits on a car rotisserie awaiting Glenn to attend to some minor rust holes.