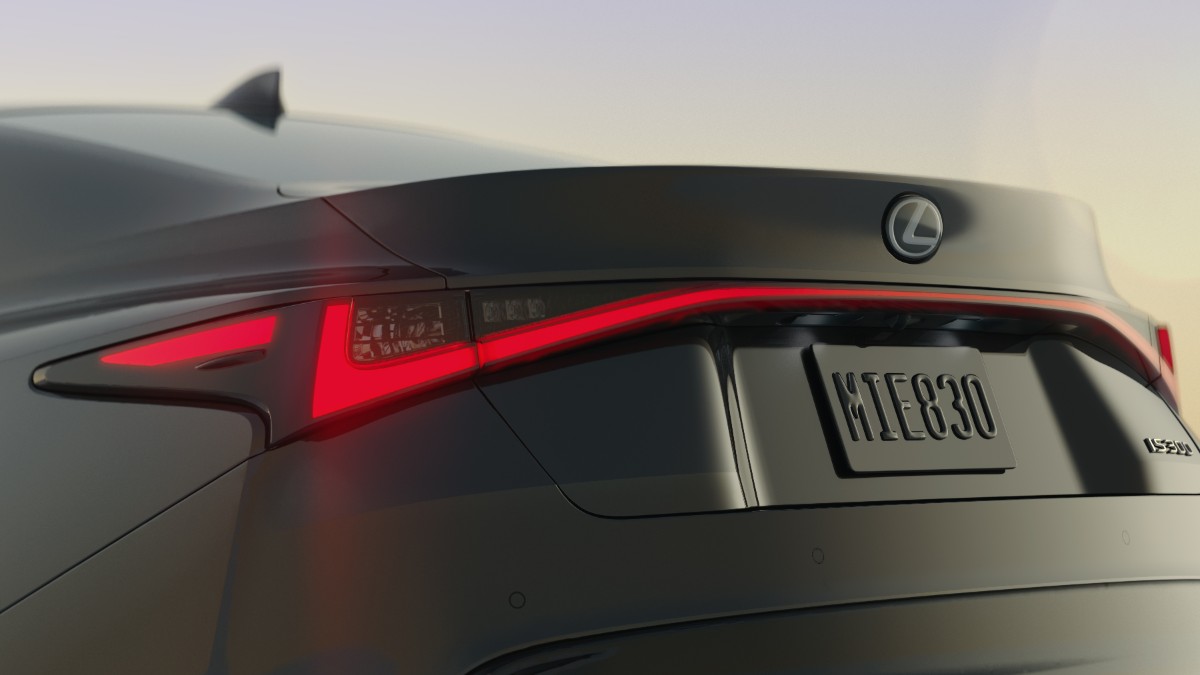 Re-imagined Lexus IS makes an entrance

The new Lexus IS sports sedan has made its global debut.

The rear wheel drive sports sedan is the biggest selling model in the Lexus portfolio and set to arrive in Australia later this year.

The IS re-imagines the sports sedan concept with a low and wide stance, sleek proportions of a four-door coupe, slimmer headlights and a lower, sharper side character line.

Body rigidity is enhanced with reinforced radiator supports, increasing the number of front-side-member weld points and optimising structures from the rear-quarter pillars to the sides of the roof.

It becomes the first Lexus to debut the “Lexus Driving Signature” that will become the development standard for all future models.

“Lexus Driving Signature” is defined by linear vehicle operation that remains true to driver input, providing seamless transition from braking to steering and acceleration through a corner.

These dynamic values were achieved using the country road test course at the new technical centre which opened in 2019.

New swing-valve shock absorbers are equipped with ultra-low-velocity valves that respond to even minor road irregularities, generating the most appropriate damping force.

Enhanced body rigidity has further aided the elimination of unwanted noise and vibration, at the same time improving ride comfort and steering response.

Improvements have been made not only in the responsiveness of steering, but also the control ability and smoothness returning to centre.

With the optional 18-inch wheels the IS has a 45mm wider front and 50mm wider rear track.

There’s three models from which to chose:

Design, dynamic and performance qualities of the new IS are further supported by the application of state-of-the-art multimedia and safety technology.

Inside the 10.3-inch display screen has been relocated, touch functionality added along with Apple CarPlay and Android Auto for the first time.

Lexus Safety System+ has also been upgraded with new or enhanced features:

“Australian customer preferences align perfectly with the focus on sharp design, dynamic performance and cutting-edge technology with the stunning new IS, making it an important addition to Lexus dealerships later this year,” he said.

IS was the top-selling passenger car in in the Lexus lineup in 2019 with 818 sales.

CHECKOUT: Lexus knows how to make a splash