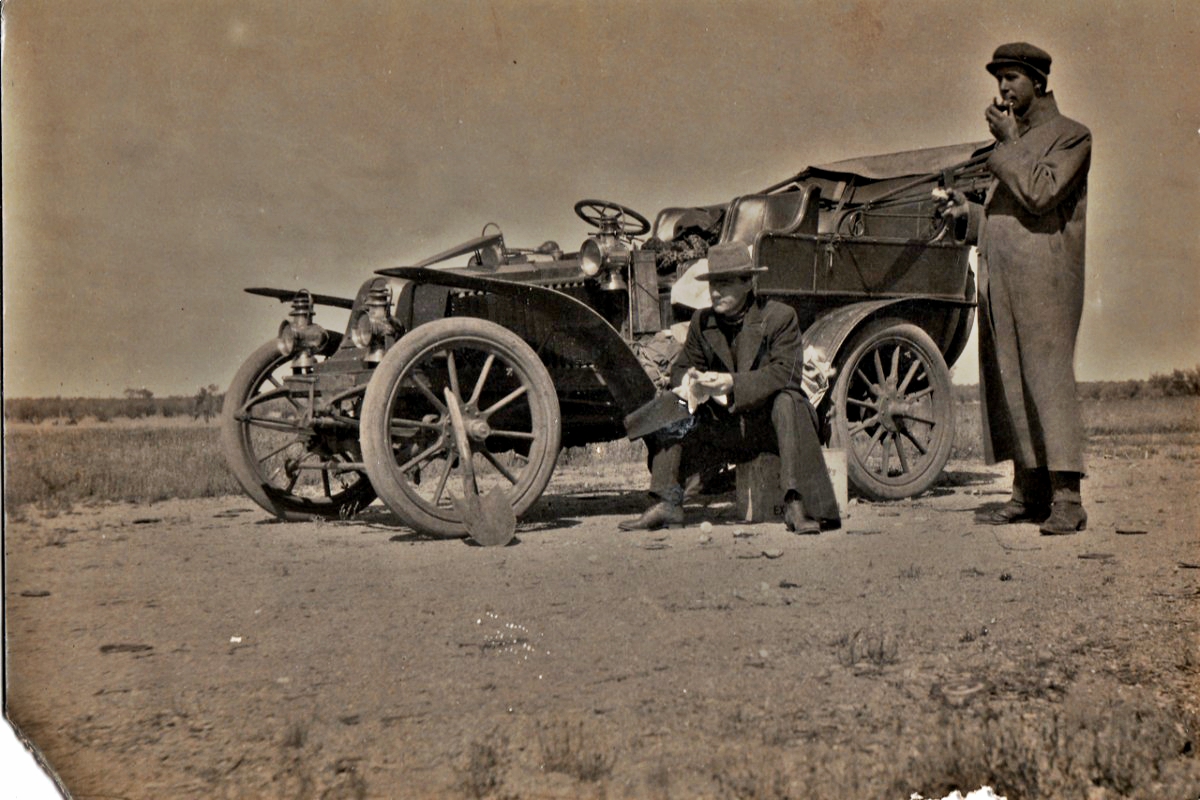 COOPED up at home by the invisible monster from Wuhan? You could be there for some months yet, which is about how long it might take to read a new book: Claude Deane, Western Australia’s Motor Dealer Extraordinaire.

It runs only to 216 pages, including index, but there must be millions of words, set in smallish type, that present an almost encyclopaedic account of very much more than Mr Deane’s endeavours in music, the motor industry, boating and, rather oddly — alternative medicine.

The beautifully produced work by celebrated Perth author Graeme Cocks, is quite weighty, has a magnificent hologram-like dust jacket, and deals with the life of one of Australia’s most colourful characters – but one you’d most likely never heard of.

Claude Williams Deane was born in Williamstown, Victoria,  in 1871, the son of a flamboyant American sea captain.

He could have lived a gentleman’s life, but an entrepreneurial streak had him moving west in 1897, not to join the gold rush like thousands of other young men — but to build a future in the motor industry which was just starting to emerge at that time.

In just a few years he became a pioneer of Australian motoring and Western Australia’s biggest car importer.

Deane made many cross-country trips, the first in 1901 on a De Dion motor tricycle, visiting mine sites and showing the horse and buggy brigade the way of the future, despite the fact there were no proper roads at the time.

He imported a great variety of vehicles in the ensuing years, among them Oldsmobile, Mercedes, Panhard, Fiat, Renault, Darracq, Belsize, Gregoire, Star, Willys, Sunbeam and others.

Deane entered a Darracq in WA’s first motor race, at Boulder in 1909, and won, with a professional driver at the wheel.

He was also a founder of the Royal Automobile Club and, among other things, he introduced taxis to Perth.

One of his Renaults is still on the road in Perth. The 1903 model has been fully restored and the 117-year-old beauty is regularly driven by classic car collector owner, Alan Tribe.

The well-illustrated and comprehensive book covers most facets of the global birth of the automotive industry, the cities of Perth and Fremantle, the gold rush and the ups and downs of the colourful Mr Deane.

One of his biggest ‘ups’ came late in life, when at age 60, he had a so-called lightbulb moment that saw him become the nation’s first alternative medicine practitioner.

More than making herbal tablets which ‘cured many incurables’, he also had a psychic he called ‘the Human X-ray’ who could diagnose ailments by merely looking at patients.

Sir Arthur Conan Doyle was among his supporters, and despite some scepticism, his New Era herbal tablets must have done the trick for many people, because they sold well and made him more money than all his years in the car business.

Deane even went to South Africa to set up a pill-making laboratory in Cape Town, which is said to survive to this day.

He himself died there at 74.

Claude Deane, Western Australia’s Motor Dealer Extraordinaire is a yarn rich in detail, that might take longer to read than the life of the corona virus.

It costs $65 and you can get it from motoringpast.com.au

CHECKOUT: Perkolilli: Dust, determination and the thrill of the race