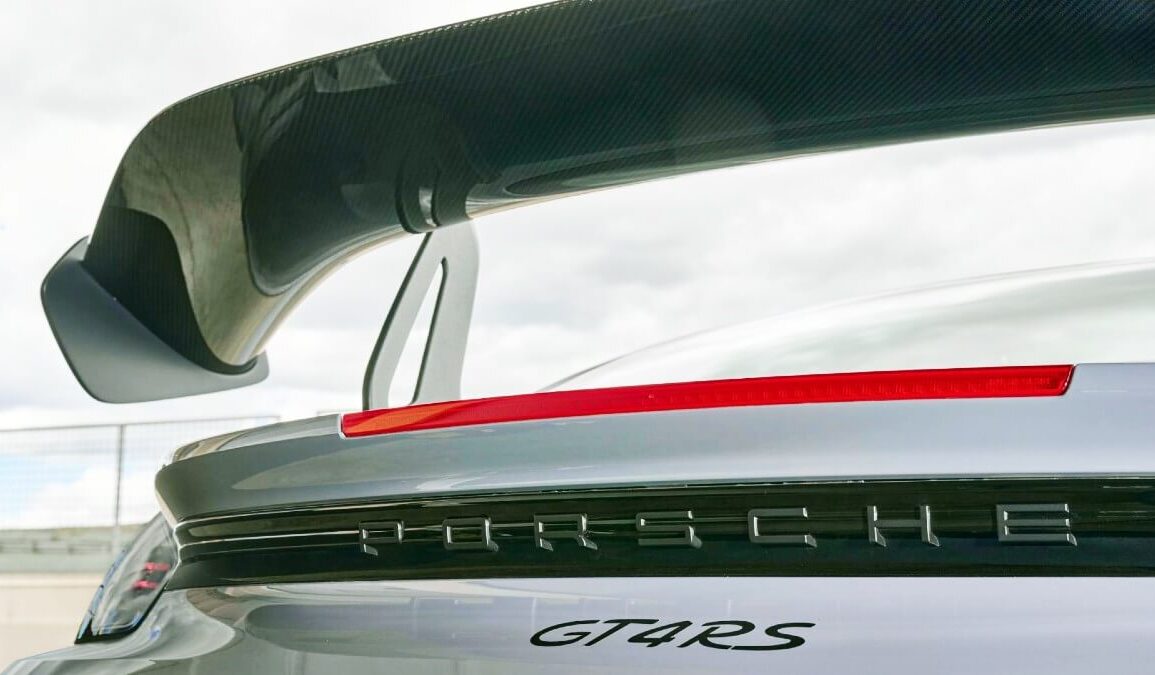 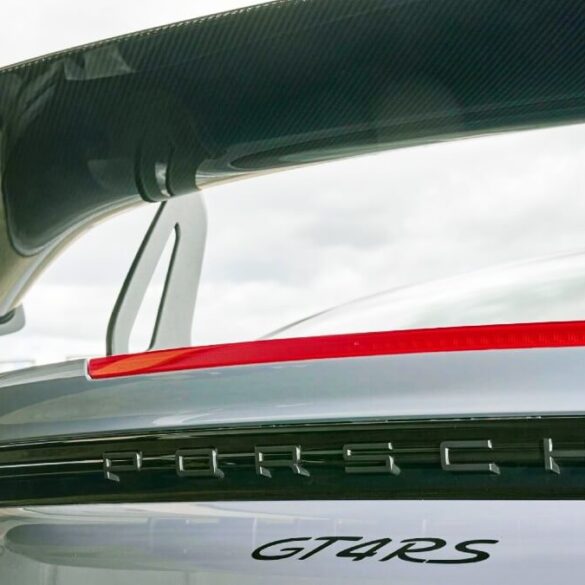 The new hero of the Porsche Cayman range is the GT4 RS.

The naturally aspirated flat-six engine, familiar from the 911 GT3 Cup and 911 GT3 series production model, revs all the way to 9000 rpm.

Impressive, but it’s not just the performance of the Cayman GT4 RS that is attracting attention.

It’s the fact that it is able to do all this on synthetic fuels, more specifically renewable, petrol based on an advanced biofuel made of food waste products.

The fuel has previously demonstrated its suitability for use in high-performance Porsche engines in the Porsche Mobil 1 Supercup, where it was used in all the teams’ 911 GT3 Cup cars for every race of the 2021 season.

Porsche Board Member for Research and Development Michael Steiner explains that because of the huge number of vehicles on the roads – some 1.3 billion world-wide according to the latest figures – the transition to electric mobility is just not happening quickly enough.

“In addition, different regions of the world are adopting electric mobility at varying speeds, meaning vehicles with combustion engines will remain on the road for decades to come,” he said.

With fuels produced in a virtually CO₂-neutral manner, existing vehicles could make their own contribution to rapid CO₂ reduction.

To actively drive this development forward, construction of the first factory initiated by Porsche for the production of eFuels kicked off just a few weeks ago.

Water is broken down into its components, hydrogen (H2) and oxygen (O2), via electrolysis.

The hydrogen is then processed with CO₂ extracted from the air to produce e-methanol.

In the next step, known as methanol-to-gasoline synthesis, it is turned into a synthetic raw gasoline, which in turn is processed into a standard-compliant gasoline fuel that can be used in all gasoline engines.

Located in the Magallanes Province of southern Chile, the plant takes advantage of the region’s ideal conditions for generating wind energy, which will be used as a sustainable source of electricity to produce synthetic petrol.

Porsche will purchase this volume in full and will initially use the renewable synthetic fuel primarily in its motorsport activities.

In the future, however, Porsche plans to use the eFuels in its own models with combustion engines, including classic cars.

“This goal can be achieved with green fuels, which are a sensible complement to electric vehicles,” he said.

“It’s a great hope of mine that in the future I will be able to drive old cars without a bad conscience because I am running them on eFuels.

CHECKOUT: Peas in a pod: Porsche and Ferrari lookalikes