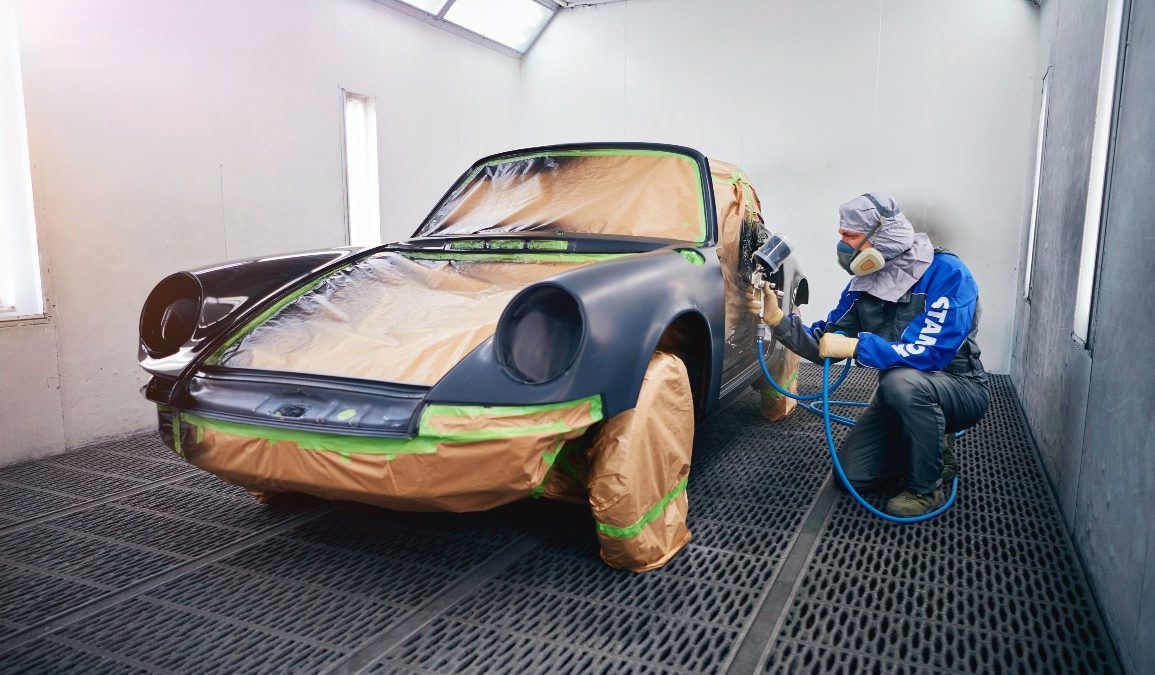 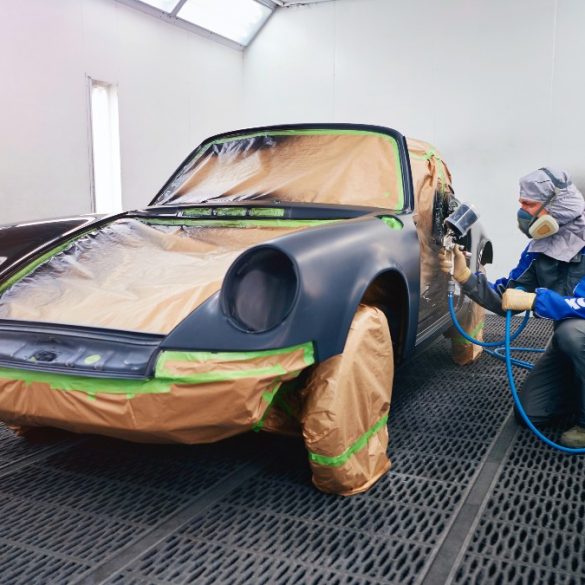 Porsche has painstakingly restored a tired 1972 911 Targa to mark 50 years of Porsche Design.

The year 1972 is of course the year Porsche Design was founded by brothers Ferdinand Alexander and Hans-Peter Porsche.

The base vehicle for the project, a 911 T 2.4 Targa, was in poor condition and missing parts.

Normally, this would pose a problem, but it didn’t really matter because of planned modifications.

Porsche Classic experts completely upgraded the engine and chassis to the S version.

Back in 1972, the top-of-the-range model had a displacement of 2341cc and was equipped with mechanical petrol injection, generating 142kW of power at 6500 rpm.

The greatest challenge faced during restoration was the interior of the car.

The seat covers are a good example of how modern materials had to conform to historic dimensions.

The strength and elasticity of the chosen material made it difficult to finish the 50-year-old seats.

The restored 911 is painted in solid black and features anodised Fuchs rims.

As a special highlight, the Targa roll bar is finished in the same Platinum, replacing the original brushed stainless steel of the classic model.

The Targa lettering is finished in matt black.

Like the special edition model, the grille on the engine cover features a ‘Porsche Design 50th Anniversary’ badge with a reproduction of Ferdinand Alexander’s signature.

The interior is also dominated by the colour black, just as the professor who died in 2012 would have liked it.

Back in the 1970s, he contributed to the black colour trend in his role as head of Porsche’s first design department.

For example, trim strips on the 911 gradually switched from chrome to matt Black from 1973 onwards.

It is thought this move was prompted by F.A. Porsche at some point before 1972, while he was still design director.

Why is the Holden Camira shunned by collectors?

The Chronograph I watch that he designed and presented in the same year was the first watch with a black case and black dial, which was innovative for watch design at the time.

The interior of the restored vehicle features a checked pattern that contrasts with the black leather upholstery and forges a link with the modern special edition model.

The checkered Sport Tex fabric features the classic Black and Cool Grey combination and can be found throughout the interior on elements such as the door trims, the central section of the seats and the lower section of the dashboard.

There is a ‘Porsche Design 50th Anniversary’ badge on the passenger side and the same logo also decorates the vehicle document folder and tool bag.

Completing the factory restoration project is a presentation box containing detailed vehicle documentation, a key pouch, which is an F.A. Porsche original and a model of the restored vehicle.

CHECKOUT: Porsche Taycan: Takin’ it to a whole new level