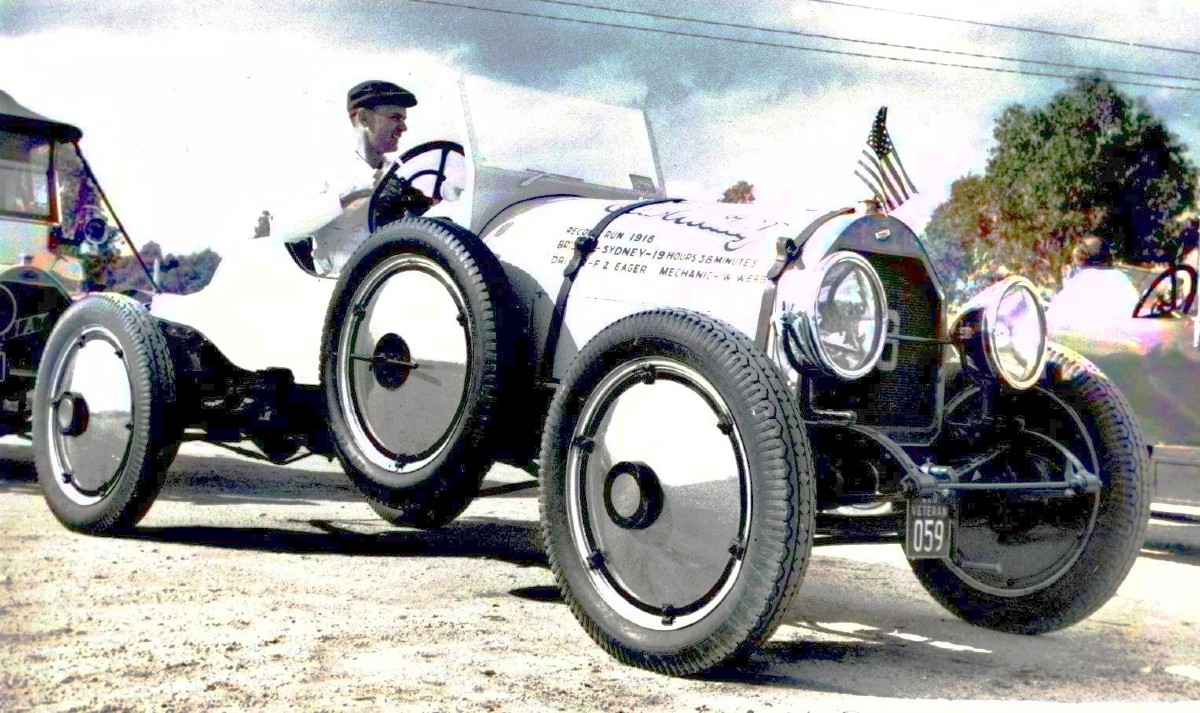 Car Wars: The battle for Brisbane

HARD to believe that the speed limit in Brisbane was once 12 miles per hour — or 19km/h in today’s terms.

But that was back in the early 1900s, when the horse and cart and bicycles were still the primary conveyances.

Motor cars were just starting their inexorable path to private ownership and the car market was already a battlefield between brands, that came and went in quick succession.

Ever heard of a Calcott? You could buy one in Brisbane.

Or you could opt for either a Studebaker or a Willys Overland.

The latter are the two main players in Car Wars Down Under, a book by well-known Queensland journalist, Murray Hubbard.

The book tells of the drama between Brisbane agents of the respective brands that led to Australia’s first land speed record.

It also relives their spectacular race along the hard-packed sand of Southport Beach at low tide on Christmas Day, 1916.

But the rivalry was  also instrumental in getting roads officials off their cosy chairs and into building proper roads.

It led to the establishment of the nation’s first proper motoring magazine and the appointment of the Brisbane Courier newspaper’s first motoring writer.

The battle for supremacy in car sales took place between Edward Eager and A V Dodwell.

The US-born Eager had met and was impressed with John North Willys, a brilliant American entrepreneur and diplomat who acquired the Willys-Overland company and turned it into the second largest car maker in the United States — behind Ford.

Eager moved to Australia and set up the Willys agency in Brisbane.

Just down the road, A V Dodwell had the Studebaker franchise at his Canada Cycle and Motor agency.

What followed was ever-growing competition between the two brands that makes for an enthralling read.

In between hillclimbs and marketing strategies, there were myriad other happenings — court cases among them — and some wondrous engineering feats.

There’s also an interesting piece on the Model T Ford.

Because America stayed out of World War I for most of its duration, Australians wouldn’t buy them.

But Ford Canada came to the rescue and the Model Ts that were sent to Australia from 1914 were all Canadian-made.

One of Eager’s Willys cars ended up nicknamed Whitey and still exists, and Dodwell’s Studebaker was probably the first to be enveloped in a streamlined body in Australia.

I have a personal interest in both brands: my late brother’s first car was a 1929 Willys Whippet, the model that came after the Overland.

In fact, he got his driver’s license in grandpa’s Willys Model 37.

When my wife and I got married in 1968, our wedding car was a Studebaker Lark.

That has nothing to do with Hubbard’s book, but it made the read all the more enjoyable.

Willys, by the way, is correctly pronounced Willis — not willies.

The 238-page soft cover book is published by ETT Imprint and should be in bookshops in a week or two — priced at $30.

It’s money well spent for anyone interested in cars, history, roads, motorsport — and of course a good read.

CHECKOUT: Kristensen puts it in print