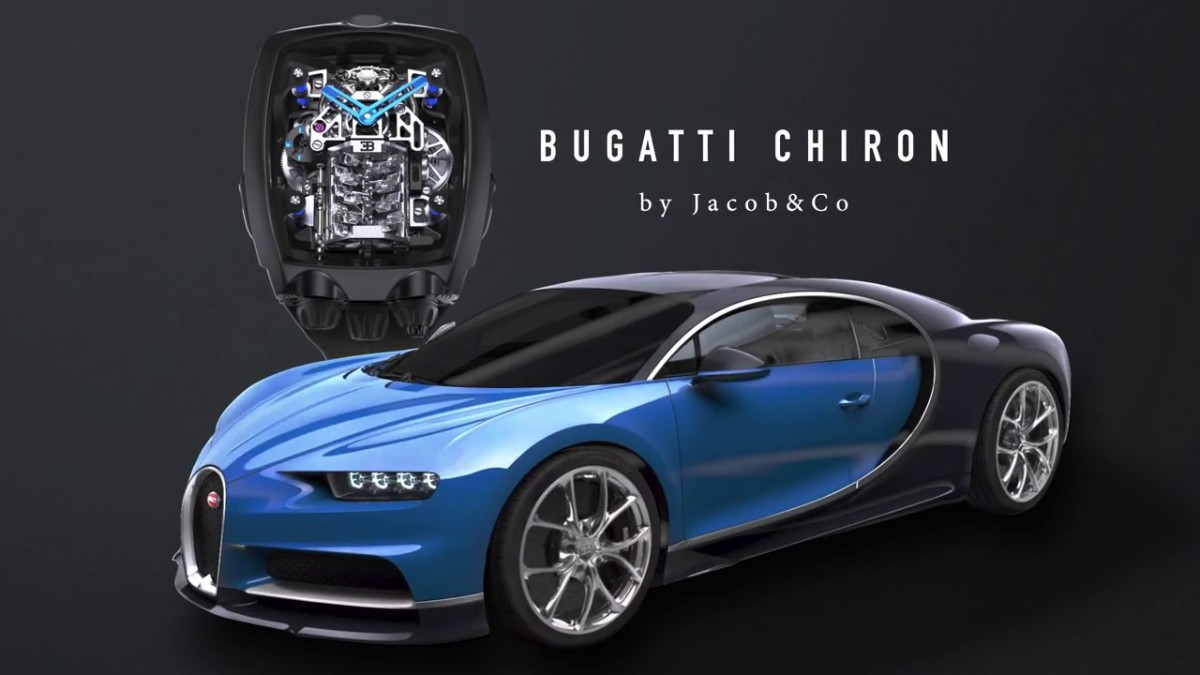 YOU’VE got a Rolex, or have always lusted after one of the fine Swiss timepieces?

Big deal. To really shine in Watchworld these days, you need something very much more out of le ordinaire.

Last year Bugatti and Jacob & Co signed an agreement to create timepieces that honour the power and performance of both brands.

We all know about Bugatti, but Jacob & Co?

For starters, it’s not Swiss. It’s a a private company based in Manhattan, New York, and founded in 1986 by diamond designer Jacob Arabo.

It has since soared to the top of the ‘must have’ watch brands with retail outlets in the US, London, storefronts in the Stardust hotel in Monte-Carlo and the Wynn Las Vegas in Las Vegas, and shops in Geneva, Qatar, Dubai and in Rome — among other places.

It’s known for its signature watch styles, such as the Five Time Zone Watch, which it debuted in 2002.

The timepiece features four fixed time zones—New York, LA, Tokyo and Paris—with the fifth dial set to the location of the wearer.

Other notable creations include the Quenttin, the first watch with a 31-day power reserve, seven mainspring barrels, and a vertical, side-mounted tourbillon.

A tourbillon? It’s a regulating device in which the timekeeping element of the watch rotates inside a metal cage to negate the effects of gravity on accuracy.

The first Bugatti and Jacob & Co watches were the Twin Turbo Furious and the Epic X Chrono.

The Bugatti Chiron Tourbillon is powered with a movement that emulates the Bugatti 16-cylinder engine, complete with crankshaft and pistons.

In fact, the 16-cylinder piston engine of the manual winding movement comprises all of 578 hand-assembled parts.

More than hours and minutes, it also has a newly designed one-minute tourbillon cage that is inclined by 30 degrees.

It offers a spectacular view of the constantly rotating escapement that compensates for errors in timekeeping due to the effects of gravity when the watch is in certain positions on the wrist.

I didn’t know that mattered, but to Bugatti and Jacob and Co it apparently does.

The development of this exceptional new escapement took a full year.

It is visible via an aperture that resembles the Bugatti grille.

Even more impressive, the watch has a button that, when activated, rotates the crankshaft and propels the pistons of the movement up and down – just like in a car engine.

There are two turbochargers in the watch that also spin while the engine is running for added impact.

Jacob & Co say the  solid stainless steel crankshaft is one of the smallest and most complex parts to make in the world of watchmaking.

The movement of the Bugatti Chiron Tourbillon is suspended in the case with four shock absorbers that resemble car shocks, and the movement actually floats up and down slightly within the case as the wearer moves.

This patented design was also challenging to create because it required a special traverse system, so the crown posts can withstand the caliber’s up and down movement in the case.

The caliber is further equipped with an Incabloc shock protection system – all in homage to the super car that inspired it.

Likewise the black titanium case, and the engine inside is visible to the wearer thanks to an impressive – and hard to make — sapphire crystal.

Even the sides of the case are sapphire for greater visibility of all of the moving parts.

One can view the EB (Bugatti) logo on the engine compartment, and the flying tourbillon carries the Jacob & Co logo.

At the bottom of the case are the crowns for setting the time and winding the movement, which offers 60 hours of power reserve.

The stealth look of the black case is further underscored by a black rubber strap.

The only colour accents other than the black and steel is the bold Chiron blue for the hands and certain movement parts.

The good news is you don’t actually need to have a real Bugatti Chiron to qualify to buy the watch — just the cash.