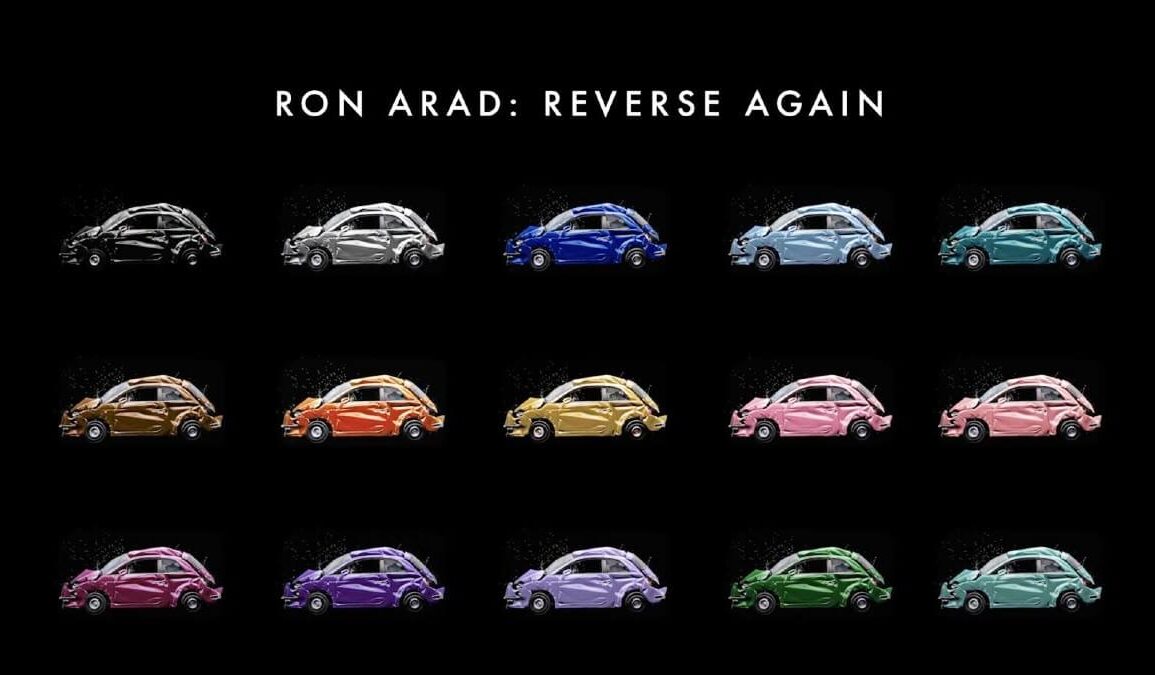 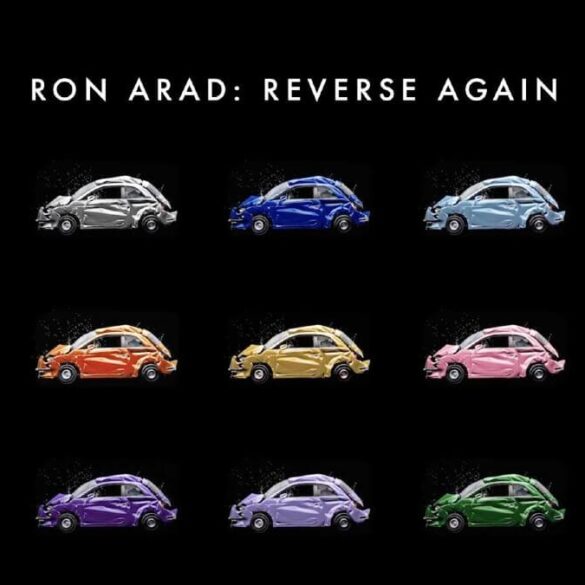 It’s been some years since I bought my last DVD.

I’ve got about 1000 of them, many very collectable, gathering dust and taking up too much space.

I kind of lost interest around the same time I was able to begin streaming movies and TV shows — not that long ago.

Streaming sounded like the stuff of science fiction when mooted, but Rupert Murdoch promised us this would come to pass — and it did!

I am having trouble however with the whole concept of digital art and by that I mean electronic images with a unique digital signature that cannot be duplicated (and which can be bought and sold).

The auction last year of digital renderings of the iconic 1971 Ford Falcon GTHO Phase III is a prime example.

Not to detract in any way from the art involved, but seriously it’s hard to imagine actually paying money for this stuff?

As the great 10cc once sang tongue-in-cheek: “Art for art’s sake. Money for God’s sake.”

Which brings us to the “Reverse Again” auction which marks celebrated artist Ron Arad’s first venture into the NFT world (Non Fungible Token).

The ‘Man of Steel’ has long been been fascinated by the cute little Fiat 500, the original not the car that happens to carry the name these days — and it was the inspiration for his latest offering.

The Israeli-born Arad has been described as one of the most influential and enigmatic architects and designers of our time, famous for making an important contribution to the world of art, design, and architecture over the past 30 years.

His work has been exhibited in many leading institutions across the globe, including the Metropolitan Museum of Art, the MoMa, the Centre Pompidou, and the Royal Academy of Art — which elected him a Royal Academician in 2013.

The “Reverse Again” artworks are available to collectors in the form of NFT technology, provided with certificates attesting to the authenticity, uniqueness, and ownership of a digital object.

Each art piece stems from close collaboration between Arad and Fiat, which supported the designer in his study of three-dimensionality also through the virtual models used for crash test simulations.

Thanks to this approach, the artist was able to continue his exploration of the relationship between handmade and digital processes, as initiated in his 2014 exhibition “In Reverse”.

The “Reverse Again” auction can be seen on Shifting Vision, a curated fine art platform which aims to bridge the gap between the contemporary art and NFT worlds.

If you want to learn more about the man, Shifting Vision also produced Ron Arad: Reverse Again, a documentary directed by Giulia Magno, available on the Fiat brand’s social channels.

In the doco the artist retraces his long standing fascination with the Fiat 500: from his childhood memories to the idea of transforming Fiat 500s into “paintings” (or “Pressed Flowers” as he affectionately titled them), to the creation of digital artworks such as “Slow Outburst” and “Drop Me a Line”. 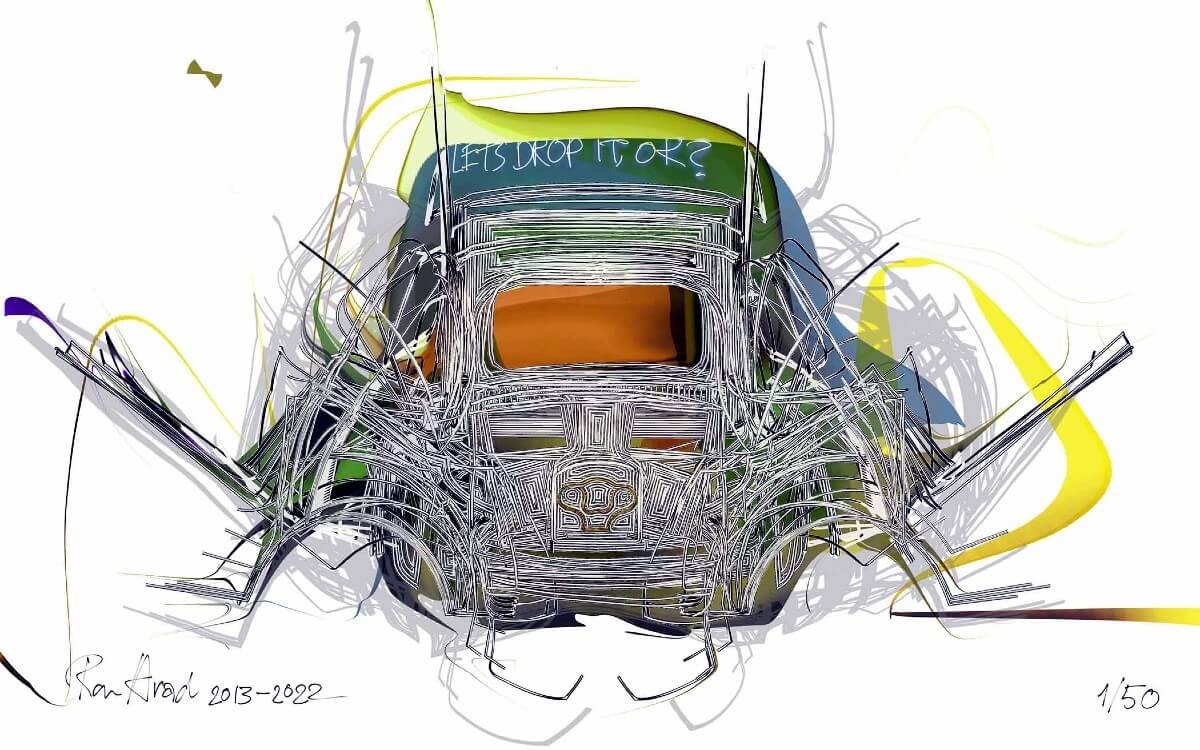 At his retrospective In Reverse (2013) at the Holon Museum, Israel, the artist exhibited Fiat’s original polished wood styling model – a mould that was used to shape and fit the metal panels of the 500 – alongside his own reinterpretation, Roddy Giacosa.

This beautiful homage to the Fiat 500 was created by scanning the car, then dissecting the scan into slices to make the mould.

Let’s Drop It, Ok? is a digital print of the effects of dropping the Roddy Giacosa. 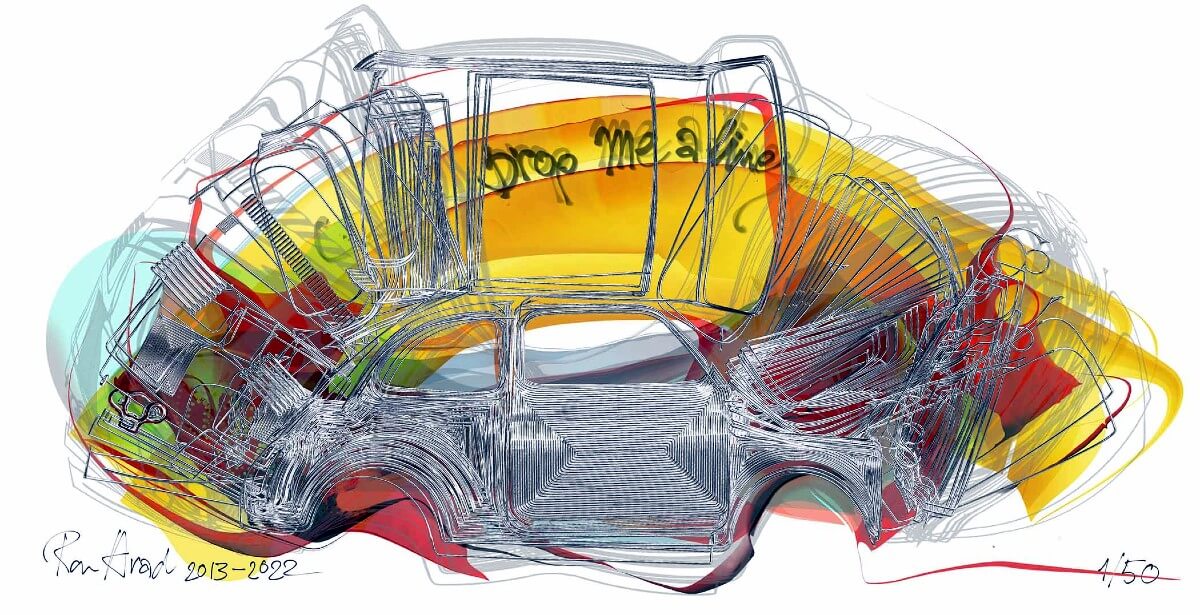 Drop Me a Line

‘Drop Me a Line is a symbiosis between the hand drawn sketches and the reflected light simulated on the stainless steel rods.

As we were busy crushing things for the In Reverse exhibition at the Holon Museum, we realised that as the Roddy Giacosa was made of rods, we could just drop it, ok?’

CHECKOUT: Chance to own digital GTHO