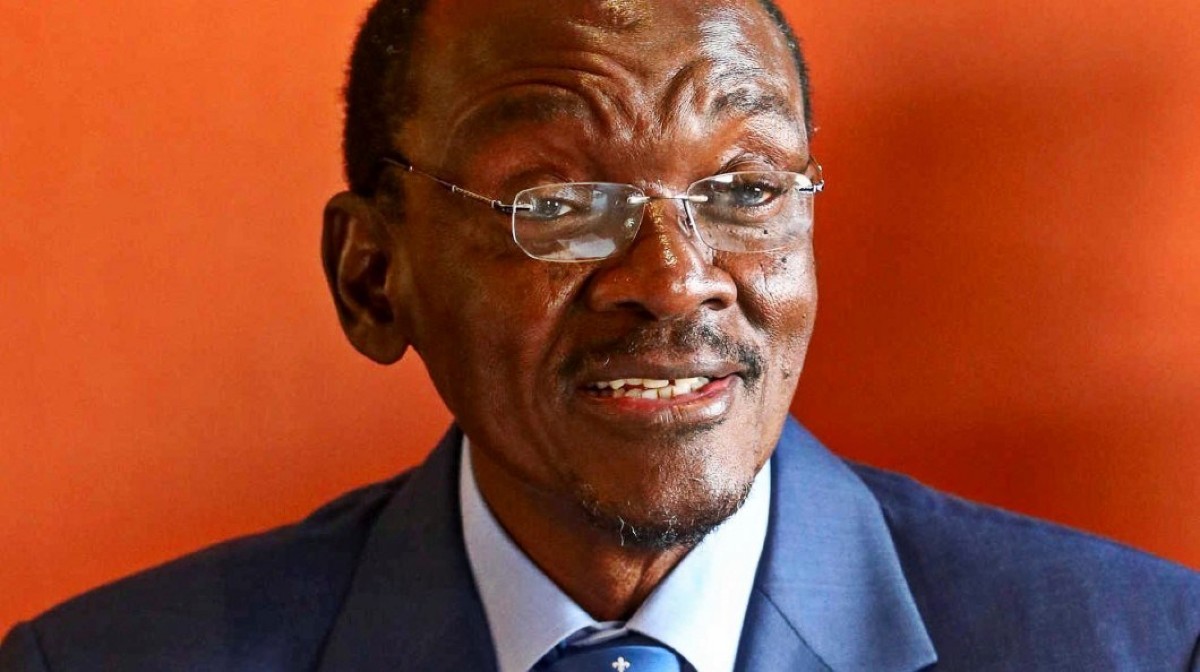 Home
Listen up
Bad boy Kembo forced to step down

Now there’s a hullabaloo about what did or did not happen in Parliament House in Canberra.

But it has little traction beyond Australia, just as what happened in Zimbabwe in recent times, stays in Zimbabwe.

Except that it involved the southern African nation’s Vice-President.

When reports surfaced that vice-pres Kembo Mohadi was doing things that vice-presidents are not expected to do, he quickly denied the allegations.

However, lurid clips posted online included one where he could be heard scheduling to meet a lass for sex at his office.

That was followed by images of some of his female friends.

Vice-pres Mohadi immediately attacked allegations of  illicit relationships and came out with an interesting and spectacularly worded statement:

“That these faceless netizens have blended well-networked digital architecture to re-engineer the spaces for political demonisation, will not dampen my spirit as a tried and tested cadre,” he said.

“I have decided to come open and respond to the allegations being peddled by my detractors.

“Despite growing impatient because of days of weird character assassination, I wish to categorically state that the allegations being levelled against me are not only false, but well-choreographed to demean, condescend, and soil my image as a national leader and patriot.

“Despite the noisy in digital media ecologies, I wish to clearly state that I am innocent and a victim of political machinations being peddled through hacking and voice cloning.

“I am categorically distancing myself from the imagined immoral unions.”

There was just one minor problem.

Local news outlets were soon awash with audio recordings of phone conversations of him allegedly soliciting sex from married women, including a subordinate in his office.

And so, a couple of days later, he resigned in a rare move by a public official in Zimbabwe.

“I am stepping down as the Vice President of the Republic of Zimbabwe with immediate effect,” the 71-year-old leader posted on the information ministry’s Twitter account.

“I have been going through a soul searching pilgrimage and realised that I need the space to deal with my problems outside the governance chair,” he said.

He repeated his denial of any wrongdoing, saying he was “a victim of information distortion, voice cloning, and sponsored spooking and political sabotage.”

Mohadi’s resignation set off a buzz on social media with speculation fast shifting to who President Emmerson Mnangagwa would pick as his replacement.

Mohadi, a retired soldier and veteran of the country’s liberation war, was one of Zimbabwe’s two vice presidents alongside Constantino Chiwenga.

He served in several ministerial positions under former president and tyrant Robert Mugabe and was appointed vice president in 2017.

President Mnangagwa, also known as ‘the crocodile’ is reported to have 18 children.

That’s not so unusual in Africa.

In one of his TV interviews, Zuma said: “There are plenty of politicians who have mistresses and children that they hide so as to pretend they are monogamous.

“I prefer to be open. I love my wives and I am proud of my children.”

At the time of his death he had more than 1000 grandchildren.

Times have changed and now the talk in Australia is all about who, what, why and where of various ‘whodunnits’ in Canberra.

It’s comparatively boring stuff compared to the shenanigans in Southern Africa, the latter complete with illustrious statements of denial.