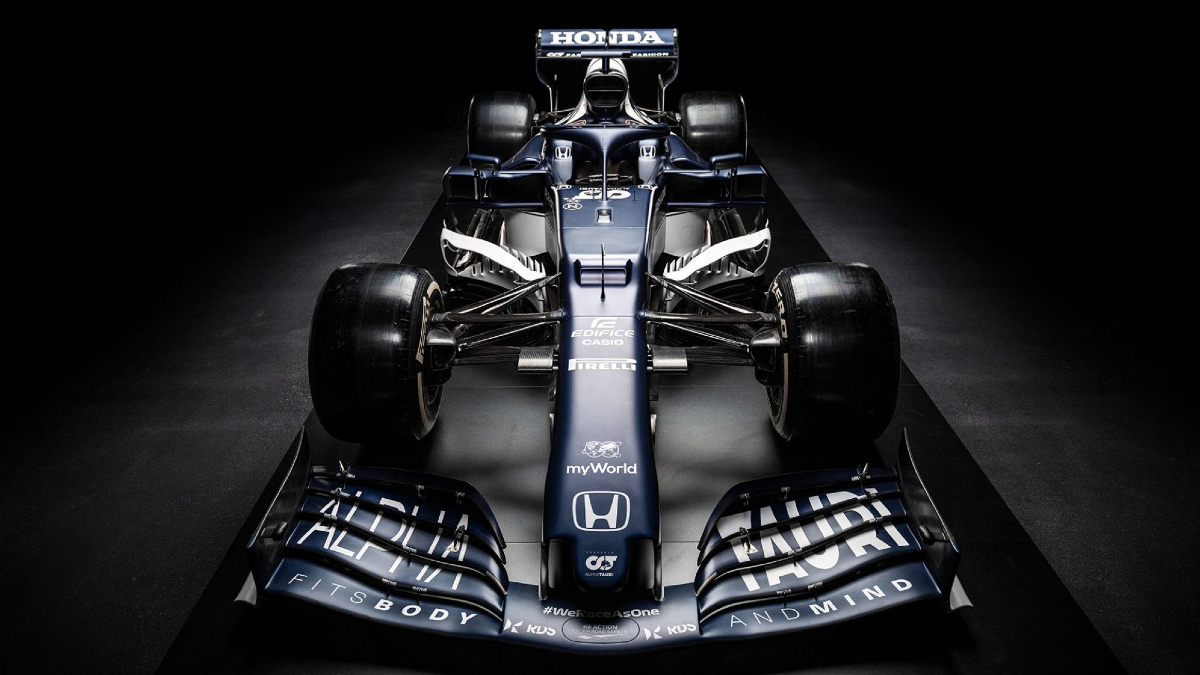 ALPHATauri has just revealed its car for the 2021 season, with the Italian squad unveiling the new AT02 that Pierre Gasly and F1 debutant Yuki Tsunoda will pilot – and team boss Franz Tost has made his target for the new season clear.

The second AlphaTauri to be fielded in Formula 1, the AT02 features Honda’s new-for-2021 power unit on the inside and a brand new livery on the outside, as the team look to build on a strong 2020.

That’s when Pierre Gasly won the Italian Grand Prix, while he and former team mate Daniil Kvyat’s ultimate haul of 107 points was the most ever secured by either AlphaTauri or Toro Rosso.

Also new at the team is Yuki Tsunoda, the 20-year-old Japanese driver replacing Kvyat after finishing the 2020 Formula 2 season in third place.

AlphaTauri officials have been busy getting Tsunoda – one of three drivers to step up from Formula 2 this year, and the first Formula 1 driver to have been born after the millennium – prepped for his Formula 1 debut.

He’s had a number of outings in Toro Rosso and AlphaTauri machinery, including driving a Toro Rosso STR14 at Misano earlier this month.

“In 2020 Scuderia AlphaTauri was a midfield team,” Tost said.

“We were fighting successfully against the other teams like McLaren, Renault and Racing Point but our target for this year is to consistently be at the top of this midfield pack and to improve further.

“To achieve this, we have to avoid reliability issues and finish all races in the points. This can only happen if we do not make any mistakes, so we have to be 100 per cent concentrated on our job, race after race, on and off the track, because our competitors are hard to fight.

“We will do our best to provide a good show for all our fans, who I hope to see back at the track soon, filling the grandstands.”

For Gasly, meanwhile, 2021 will represent the fifth season in which he has wielded a Toro Rosso or AlphaTauri car, with the Frenchman – who revealed in January that he’d been forced to self-isolate after contracting coronavirus – looking to build on a fine 2020, which saw him voted the fifth best performer of the year by fellow drivers.

Looking ahead to the 2021 season, meanwhile, the AT02 will be on track at Bahrain for pre-season testing on March 12-14, ahead of the season start at the same circuit with the Bahrain Grand Prix on March 28.