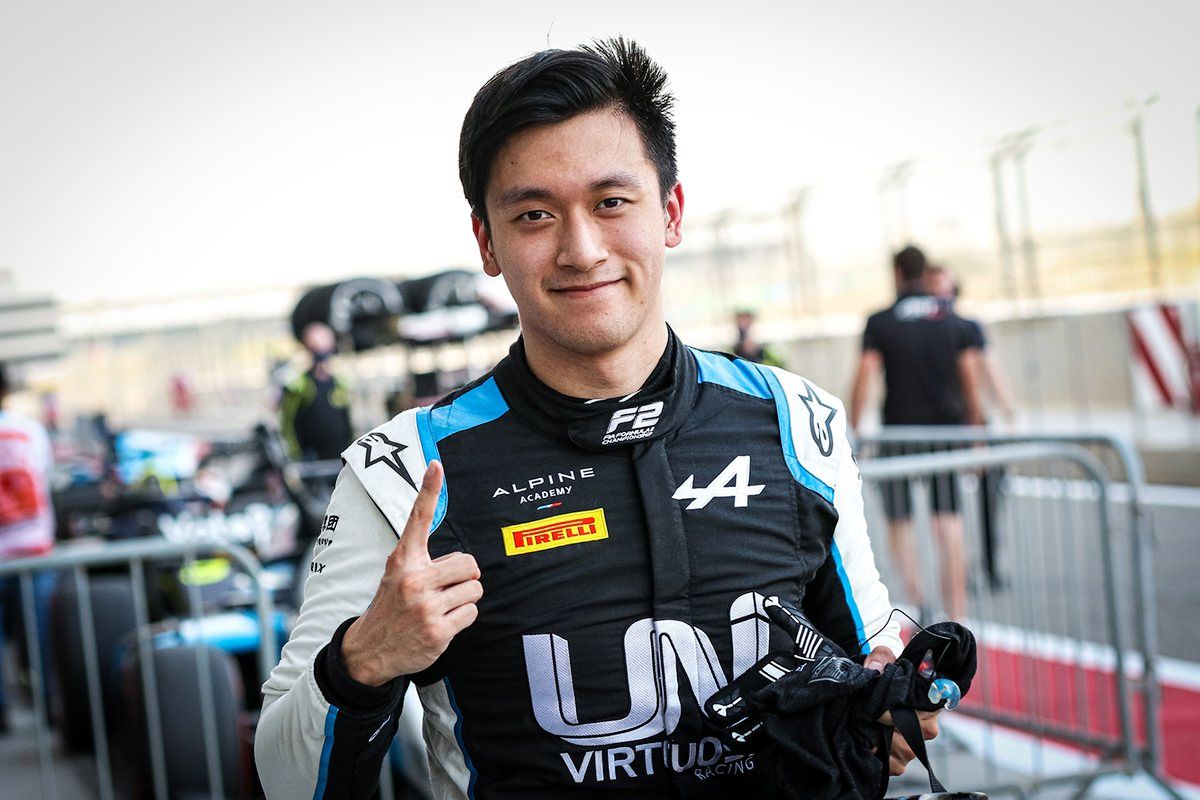 ALFA Romeo Racing’s Antonio Giovinazzi, the first Italian to compete in a full Formula 1 season since 2011, will leave the team at the end of the year after three seasons.

He has taken part in 59 races so far, including two for Sauber in 2017, when he made his debut in place of the injured Pascal Wehrlein.

The Italian is popular with the team and fans alike and Alfa Romeo Racing described him as having been ‘an incredible professional throughout his experience with the team, contributing to its growth and always giving 100 per cent both on and off the track.

“His best result was fifth in the 2019 Brazilian Grand Prix and he gave the team many special moments, such as leading the race under the lights of Singapore in his debut season and hauling the car into Q3 several times this season.

“Alfa Romeo wishes Antonio, a great teammate and a fantastic person, the best for his future endeavours as he embarks on a new chapter of his career.”

Glowing stuff. But Antonio is not impressed.

Just hours after giving him a warm farewell, the team announced he would be replaced by ‘an injection of talent and youthful enthusiasm for the 2022 season, as Guanyu Zhou joins the team.

“The Chinese youngster, a multiple race winner in the FIA F2 Championship, will make his F1 debut on the grid for next season’s opener in Bahrain.

“The first Formula 1 race driver from China, Zhou is a trailblazer who will write a pivotal page of his country’s motorsport history.

“His path to Formula 1 is one of dedication and commitment, without a direct role model’s path to follow but with steadfast confidence in his own abilities and the unwavering support of his family.”

That ‘unwavering support of his family’ is said to be worth some $30 million, and Giovinazzi feels like the latest young talent to fall victim to a ‘ruthless’ sport driven by the influence of money.

About the Zhou signing, Alfa Romeo team boss Frederic Vasseur said it was ‘a great opportunity for us as a team, for the company, for the sponsors, for Formula 1 in general to open up a completely new market in China.’

As for Giovinazzi, Vasseur insisted that it’s ‘not his fault for sure’ that he is losing the seat.

Giovinazzi has made 59 career starts in Formula 1 and has yet to reach a podium.

His best finish this year was 11th, on four different occasions.

“The beginning of the collaboration was a bit difficult, but we have kept him in the team during these seasons and in the end his level of performance has been good,” Vasseur said.

“The choice we have made is due to a combination of factors — it’s not just about him. Sometimes we perhaps expected something better, but that goes for everyone—for the team, for the drivers, for everyone else too.”

Zhou, 22, has been on the radar of most Formula 1 teams for some time.

He ran second in Italian F4 in 2015, before racking up race victories in Euro F3 and F2, Formula 1’s feeder series.

2021, in particular, has been a breakthrough year for the driver, who is currently in second place in the standings in F2 and is ready to mount a challenge for the title in the final two events of the season in Saudi Arabia and Abu Dhabi.

Zhou will join a team alongside Valtteri Bottas, who has had to vacate his seat at Mercedes for 2022 and will take over at Alfa from Kimi Raikkonen, who has retired.

The other candidates for Giovinazzi’s seat, Formula 2 stars Callum Ilott of the UK and Australia’s Oscar Piastri, have other plans for 2022.

Ilott, like Giovinazzi a Ferrari Academy product, will race in IndyCar full time for Juncos Hollinger Racing next year rather than remain a Ferrari and Alfa Romeo reserve.

“There’s no point watching other people drive around for another year,” he said.

Meanwhile, Piastri will be Alpine’s 2022 reserve in Formula 1.

And Giovinazzi is heading to Formula E.

“Formula 1 is emotion, talent, risk and speed,” he said.

“But when money rules, it is also ruthless.”

He will drive for Jay Penske’s Dragon/Penske Autosport team in Formula E next year.

As for Zhou, with his millions in Chinese sponsorship, the deal involves the 22-year-old stepping away from the Alpine development program and into the seat of the Alfa.