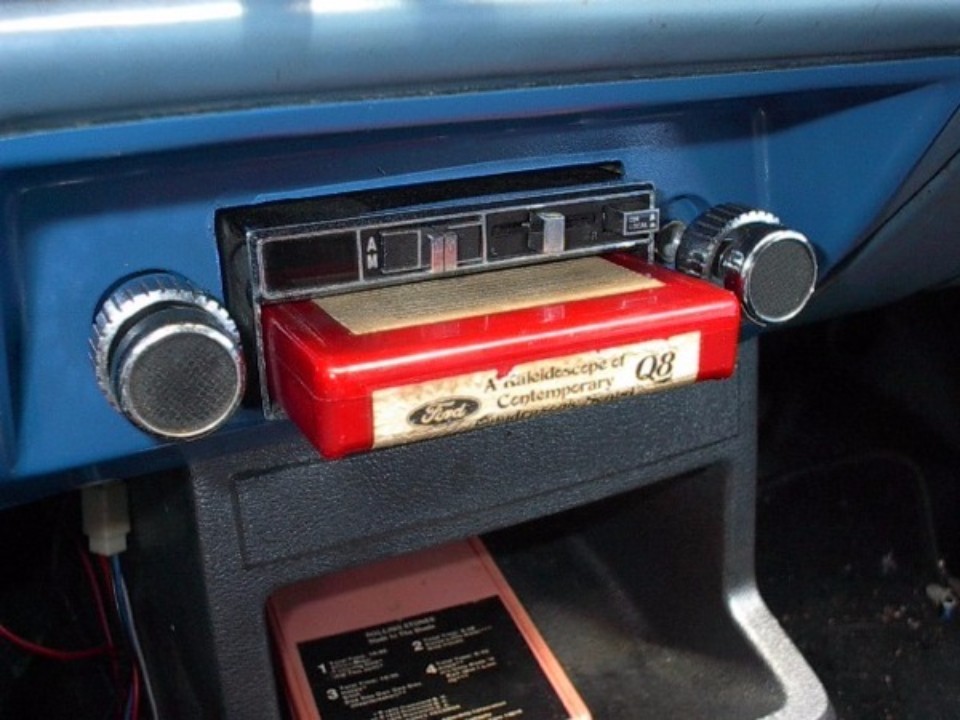 8-track ruled road before the cassette

Aussie drivers probably don’t give much thought to what they listen to in the car.

By that I mean the technology itself, not what station they happen to have the radio tuned to.

Radio has been with us for just over a century. Good old AM or Amplitude Modulation was the winner of hearts and minds until the early 1930s when the first FM station was given a license to broadcast.

Bear in mind that car radios didn’t exist until 1930.

It didn’t take long for car AM radios to become a standard feature in the US and by 1946 an estimated nine million vehicles had been fitted with radios.

FM or Frequency Modulation radio hit the airwaves in 1936, only three years after it was found to be a useable alternative to AM.

It took a bit of time for FM radios to find their way into cars, however, with German brand Blaupunkt releasing a basic unit in 1952.

The first compact cassette was released in 1964 by Dutch giant Philips and it was soon after that vacuum tube radios disappeared.

Solid state radios took over and incorporated the cassette, just in time for Elvis and The Beatles to annoy the driving public.

A competing format, the eight-track cassette, was released in the mid 1960s, but improvements in technology saw the format fade from favour and disappear in the early 1980s.

The main advantage of the 8-track tape cartridge was that it did not have to be “flipped over” to play other tracks.

On the downside they couldn’t be rewound, so you had to play the tape all the way through before you got back to the track you liked.

Even Rolls-Royce and Bentley cars came with 8 track as standard.

What replaced both systems was the CD or Compact Disc.

The CD quickly found favour due to its portability and cleaner sound.

From the mid 1980s it wasn’t uncommon to find a combined AM/FM/CD unit in cars.

Most cars were still fitted with only one pair of speakers, but car audio companies quickly stepped up to provide more speakers and more oomph from amplifiers.

The 1980s had digital music well and truly in the foreground too and there were plenty of groups working on music compression.

The format became known as MP3 and again it didn’t take long for audio manufacturers to offer car audio systems that were MP3 compatible.

Further developments for car audio came in the early part of the 21st century.

A short distance radio system called Bluetooth, initially intended to provide mobile or cellular phone access on the go, was quickly modified to carry audio from a source such as a mobile phone.

Digital radio is also slowly growing in Australia, with a number of international brands, prior to the closure of Holden and Ford as manufacturers in Australia, providing DAB or Digital Audio Broadcast units in cars.

Access to DAB is region limited, however, in that it’s available in capital cities but not outside the boundaries.

However, applications or “apps” can be installed on a smartphone that use the cellular networks to access music sources on the go, or enable an app built into the vehicle’s audio system to work.

CHECKOUT: Beatles belted it out in mono