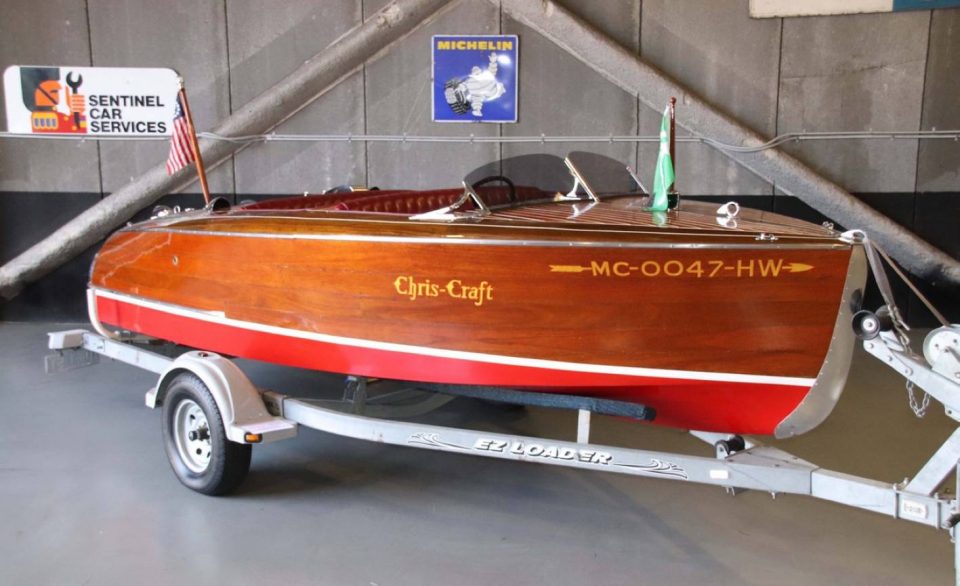 Home
Memory lane
Picture this
Wooden you like to get your hands on this?

A stunning 1942 American-built wooden Chris-Craft powerboat is one of the highlights of Shannons Sydney auction on November 13.

Rivalling Italy’s Riva for style and collectability, the luxury wooden sports boats built by Christopher Columbus Smith from 1874 became the must-have adornments to a celebrity lifestyle from the 1920s to 1950s.

Chris-Craft boats were made from the finest mahogany, adorned with brass fittings and were considered to be among the best available.

They were agile, beautifully made and easy to operate, making them ideal for their A-list ‘weekend sailors’ owners, who would regularly be seen in them at fashionable resorts, such as Nevada’s Lake Tahoe.

Importantly for collectors it is fitted with a period-correct Model K-95hp six-cylinder side-valve engine.

Successful in various concours d’elegance and featured in the authoritative coffee table reference book ‘Legends of Chris-Craft’, the powerboat was purchased by its current owner from Lake Tahoe and was privately imported to Australia a few years ago.

Offered on its customer-built trailer with an extensive history and receipt file, including copies of its original Chris-Craft build sheets, this ultimate addition to a luxury lifestyle and an unrivalled status symbol for Sunday Harbour cruising, is expected to sell in the $50,000-$65,000 range.