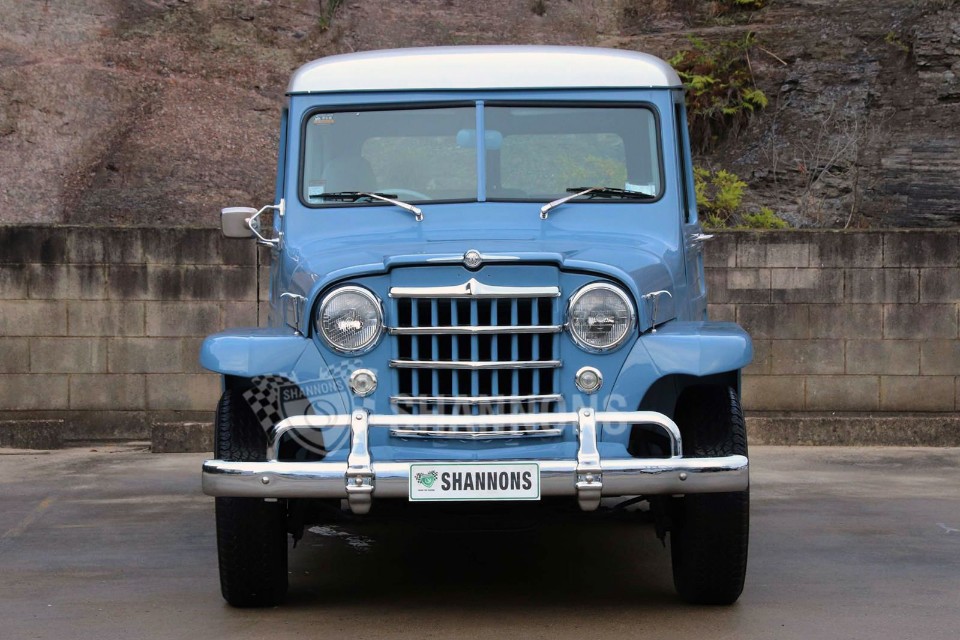 Cool your heels in a Willys

Home
Wheel life
Cool your heels in a Willys

This seriously cool early model Willys off roader is up for grabs at Shannons Winter Sale on August 13.

The 1951 4×2 Station Wagon has spent most of its life in a traditional farming community in New Zealand.

Built in right-hand drive configuration it was comprehensively restored and re-registered by 2004, spending time in a prominent car collection in Christchurch.

Imported by the current owner, a Melbourne-based enthusiast with an eclectic collection, the Willys underwent a major service before passing its Victorian Roadworthy Certificate.

Transmission is a three-speed manual with overdrive.

A rare sight in this country and a fantastic alternative to a Land Rover or early Land Cruiser, the Willys would be perfect for cruising down the coast or as promotional vehicle and will be sold unregistered.

Local importers Dominion Motors in Brisbane, Stokoe Motors in Melbourne and M S Brooking Pty Ltd in Perth brought limited numbers of CJ-series Jeeps to Australia in the 1950s, including six 4×2 Stations Wagons, plus a handful of later imports, making the Willys Station Wagon a rare sight in this country.

Optional equipment included exterior and interior mirrors, special paint, radio, a cigar lighter and dress wheel rims, while the styling was updated on 1950 models with five horizontal chrome bars on the grille.

The vehicle is supplied with the import approval, a copy of the Victorian RWC, an owner’s handbook and service manual, starting instructions and even old New Zealand maps and road code.

CHECKOUT: Get your Willys serviced here