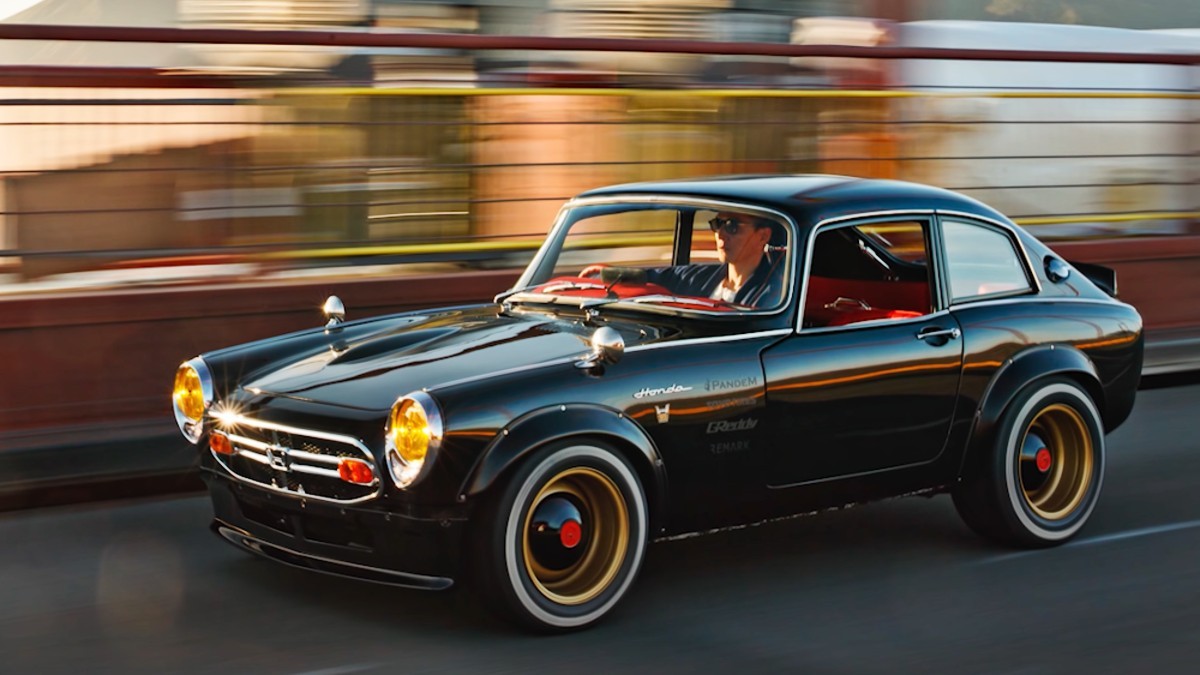 From the masters of cool came the Honda S800 sports coupe and roadster back in 1965.

The cute little two-seater competed with the likes of the Austin-Healey Sprite, MG Midget, Triumph Spitfire and Fiat 850 Spider.

Beginning with the S500 in 1962, the series evolved into the S600 and later S800 models, all powered by the same little jewel of an engine.

It had an alloy block and heads, roller bearing crankshaft, twin overhead camshafts and no less than four tiny carburettors.

Drive was through a four-speed gearbox, with synchro on all but first gears and enclosed chain drive to the rear wheels, independently suspended by cast alloy trailing arms that also served as oil bath chain cases.

Front suspension was via torsion bars and finned drum brakes were fitted all round — another nod to racing car technology.

Honda increased the S600’s capacity to 791cc with the introduction of the S800 launched at the 1965 Tokyo motor show, initially retaining the smaller model’s chain-drive before switching to a conventional shaft-drive, live axle rear end.

Front disc brakes were a later addition, while an updated Mark II version appeared in February, 1968 with a host of improvements inside and out.

Production of the model ceased in May, 1970 after 11,536 had been sold in both roadster and coupe guise.

Lexus batteries up with RZ 450e

These beguiling little cars number among most collectable early Japanese cars ever made, with a cult following around the world.

It was another 30 years before a successor came along. That was of course the Honda S2000.