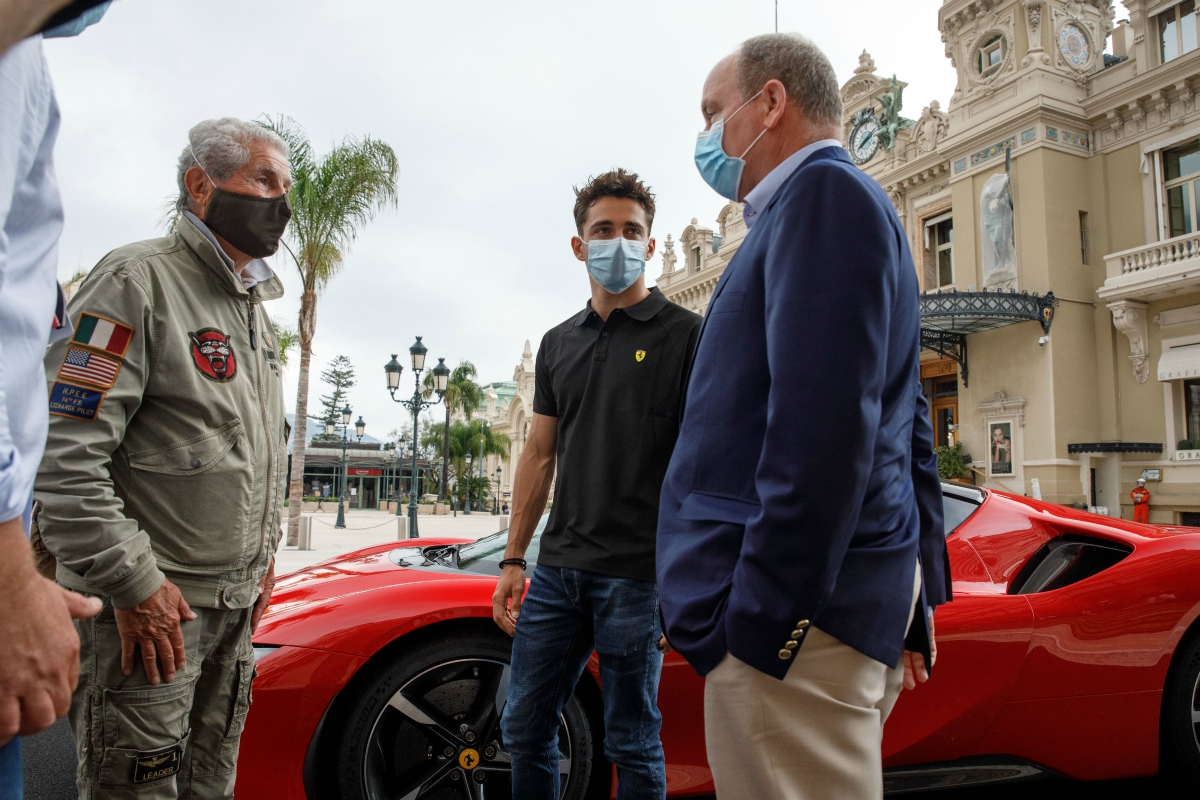 Home
Wheel life
Formula fun
Who was that masked-man?

It was face masks at dawn when film director Claude Lelouch and crew gathered to shoot Le Grand Rendez-vous in Monaco.

Sunday morning was the very day the Monaco Formula 1 Grand Prix would have taken place before the COVID-19 pandemic.

The last time an F1 Grand Prix was called off in Monaco was 1954.

Cameras accompanied the Ferrari SF90 Stradale as it completed an adrenaline-fuelled lap of the Formula 1 street circuit.

Leclerc, at the wheel, clocked speeds of up to 240km/h en route to the mystery “big date” of the title.

An all-new chassis combines aluminium and carbon fibre to provide the structural rigidity necessary to support the 270kg weight of the hybrid powertrain — with a total dry weight of 1570kg.

On set to watch the red hot hybrid put through its paces was HSH Prince Albert II of Monaco, who also puts in a brief appearance in the film.

The shoot was made possible thanks to the progressive lifting of the lockdown restrictions in France and Monaco.

It was watched by a group of excited onlookers from balconies and the streets — carefully supervised by local authorities.

The short film evokes both the atmosphere of the beloved Grand Prix and roar of the Ferrari 275 GTB that provided the instantly recognisable soundtrack to the 1976 film shot in Paris.

CHECKOUT: Saddam didn’t get his hands on this Ferrari