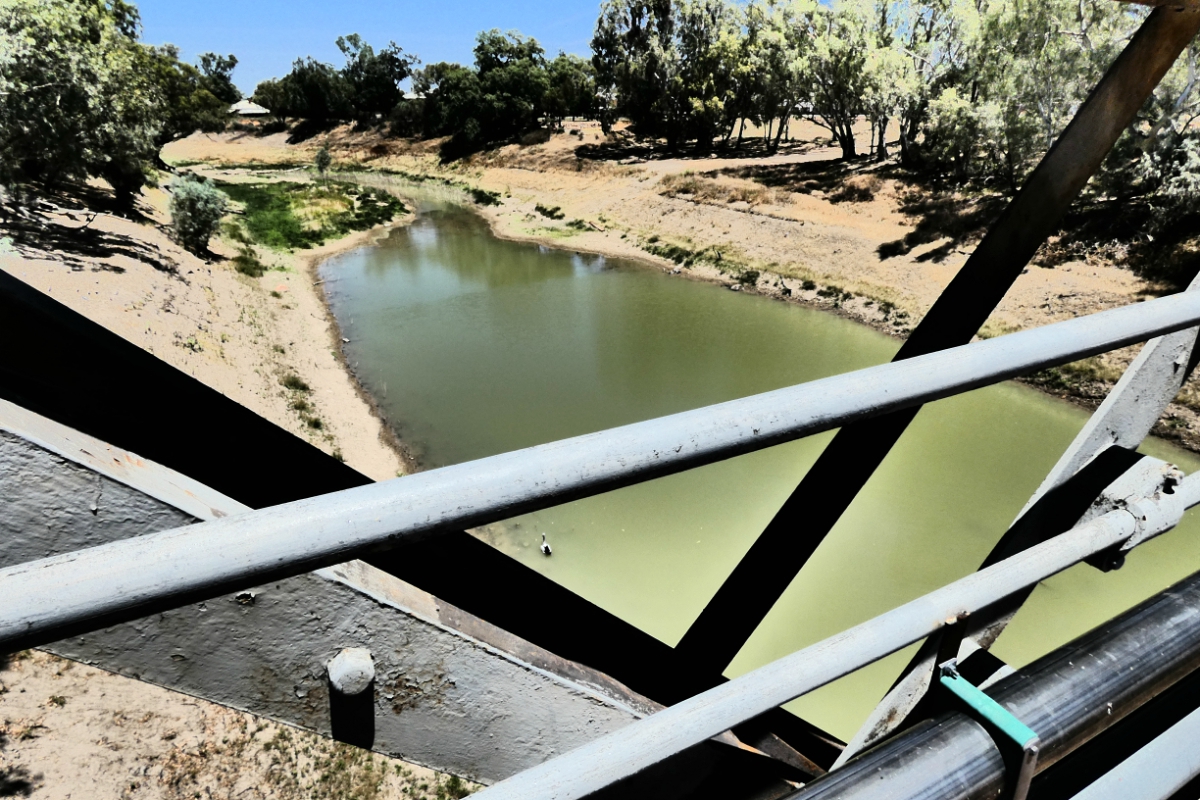 Day Ten. We bid farewell to White Cliffs and head off for Ivanhoe about 280km down the road.

On the way we plan to stop off at Wilcannia, a town some people say is a no-go zone, while others claim it is perfectly safe.

Before then, however, we make a stop for lunch at the Big Tree Rest Area located on the Cobb Highway which follows the Long Paddock — the name of a droving route from Echuca-Moama on the Victorian border, through to Wilcannia.

The story board makes us chuckle, with a tale about an old drover with wagon problems who swapped his wife for a new wheel.

Wilcannia has a population of about 500 people and 75 per cent of them are indigenous.

In the past there has reportedly been problems.

We’ll have to stop there for some fuel anyway, being a little reluctant to hand over the $2.73 asking price for 98 Premium at the White Cliffs General Store.

In hindsight it turns out to be a good decision because we are able to pick up half a tank of 98 for only $1.33 a litre.

Mind you, it’s pre-pay. Our only previous experience with the pre-pay system is at Campbelltown in Sydney’s west.

Says something about Campbelltown, doesn’t it?

Entering Wilcannia with some trepidation, we’re relieved to find it doesn’t appear much different from any of the other outback towns we’ve encountered on our Broken Hill expedition.

After topping up we park the Citroen and grab some proper coffee from an indigenous woman who runs a pop up cafe.

Bingo. It’s as good as any of the stuff you’ll get in Sydney. The homemade Monte Carlo is a cracker too.

Then it’s off to take in some of the local sights.

Storyboards by the side of the Darling River recount the lives of local elders and make for fascinating reading.

Of note, our stops include the Athenaeum, Catholic Convent, Resch’s Red Lion Brewery and the Original Bridge.

Built in 1884 the oddly named Athenium was a kind of private club for intellectuals that boasted Charles Dickens’ youngest son Edward as a member of the original committee.

In fact, at one time the local cricket had two of Dickens’ sons as members along with English author Anthony Trollope.

The Convent, built in 1894, was home to the Sisters of Mercy, many of who came straight from Ireland to Wilcannia.

Resch’s brewery dates back to 1879 when it produced a “nice light ale suitable for this climate.”

The Original Bridge, which sits side by side with the new one over the Darling River, opened in 1896.

In the early 1900s an old woman who lived nearby used to charge drovers 10 pounds a time for a loan of her pet sheep to lead drovers’ mobs across the bridge.

CHECKOUT: Plainsman found a home in the Outback