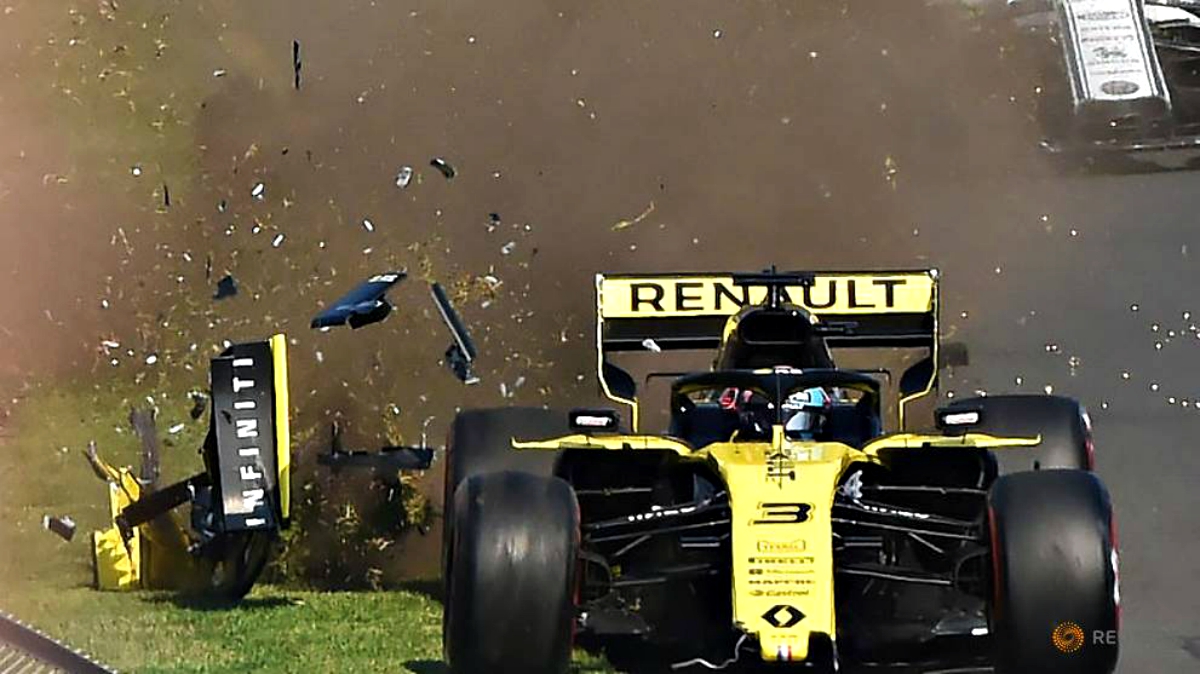 Two members of the Haas team and one from Mercedes have been quarantined ahead of this weekend’s Australian F1 Grand Prix.

But race organisers say it’s still all systems go for the season opener on Sunday at Melbourne’s Albert Park circuit.

However, they must be more than a little nervous.

The Corona virus has spooked organisers of other Grands Prix into either cancelling their event, or holding it away from the public.

The financial implications of the deepening pandemic must be almost as frightening as the disease itself for the Formula 1 juggernaut.

Yesterday Renault pulled its drivers — Australia’s Daniel Ricciardo and Frenchman Esteban Ocon — who were due to take part in the unveiling of new livery for its cars amid concerns about the virus.

Ricciardo cancelled a press conference too.

There was some doubt about the Italian Alpha Tauri and Ferrari teams making it to Melbourne, but AGP Corporation’s Andrew Westacott has confirmed they have already arrived.

The next race, at Bahrain on March 22, will be held without fans and the April 19 Chinese Grand Prix has been postponed.

It will be a great first look at the new teams, Renault in particular after a sparkling performance in testing in Barcelona.

“After a good end to pre-season testing in Barcelona, we are as best prepared as we can be for the start of the year thanks to the hard work across Enstone and Viry over the winter months.

“These efforts were exemplified in pre-season testing with solid engine reliability and a performance level, which fitted with what we expected to see.

“Now we aim to see the benefits of our preparation come to fruition at a race weekend.”

Lead driver, Australian, Daniel Ricciardo, who had a dreadful start last year, whacking into a hidden kerbstone within seconds of start, said he was aiming for a strong performance.

“It’s a special feeling racing at home in Australia. I’m away from home for so long during the year, so it’s nice to spend time here with friends and family.

“I’ve not always had the best race in Melbourne, so I’m looking to try and correct that this year.”

F1 has meanwhile said it would employ a scientific approach to tackle the global virus issue, by monitoring the situation on a daily basis.

The company said it had taken the necessary measures to ensure teams’ health and safety and would set up a dedicated team at airports and major transit locations to diagnose and safeguard team personnel.

It is also setting up quarantine points for team members suspected of having the disease.

Although some senior staff and racing drivers arrive in private jets, the majority of the team fly economy class.

Team members could easily contact the virus by spending hours among hundreds of strangers.

“I am worried and quite scared,” Renault’s Cyril Abiteboul said.

“I’m sending my staff on the road right now, they’re all in planes and other public transport. Who knows what will happen then, maybe someone will get infected with the coronavirus, and then?

“I think Formula 1 is thinking too lightly about this and being lax about it.

“We have to be responsible, but the sport should also take responsibility.

“I want us to race but I don’t want to take any risk.”