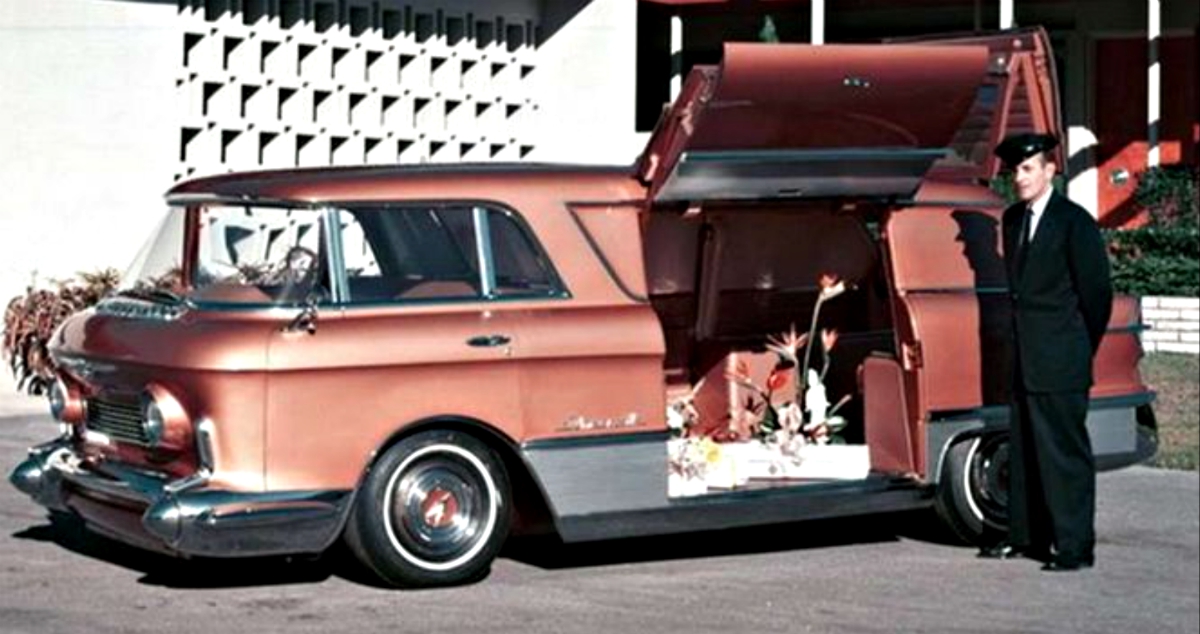 When people think of 1950s dream cars it’s usually one of the outlandish winged and finned rocket ships from GM and Ford.

If you had been at GM’s 1955 Motorama, you would have seen plenty of eye-popping dream cars, not to mention a dream van.

GM called it the L’Universelle.

It was both innovative and practical for its time.

Sponsored by the GMC truck division it was styled by Charles Jordan, who would eventually become GM’s global styling boss.

The van’s innovative aspect came from its front-wheel drive layout attached to a mid-mounted V8 engine.

Back then GMC engineers were a little sceptical about front-wheel drive so they bought a Jeep and disconnected the rear axle.

After driving the Jeep around for a few weeks they found that they liked the layout so much, they patented the idea of a front-drive van.

The practical part of the van was its low floor and load height (thanks to front wheel drive) and its fold up side and rear doors which split in the middle.

The split meant that they took up very little space when opened and could be closed easily by one person.

The L’Universelle was a big hit at the Motorama, so much so that GMC bought a huge metal stamping press to create its roof.

Then the bean counters did the sums, however, and discovered that a production version would cost more than a Cadillac.

That’s because the front drive V8 layout was complicated and because it was unique could not be amortised across other cars.

So, the L’Universelle went into storage and was later destroyed.

Sperlich was fired and ended up at Chrysler.

In 1983 Chrysler launched its mini-van to wide acclaim.

It made a fortune from it.