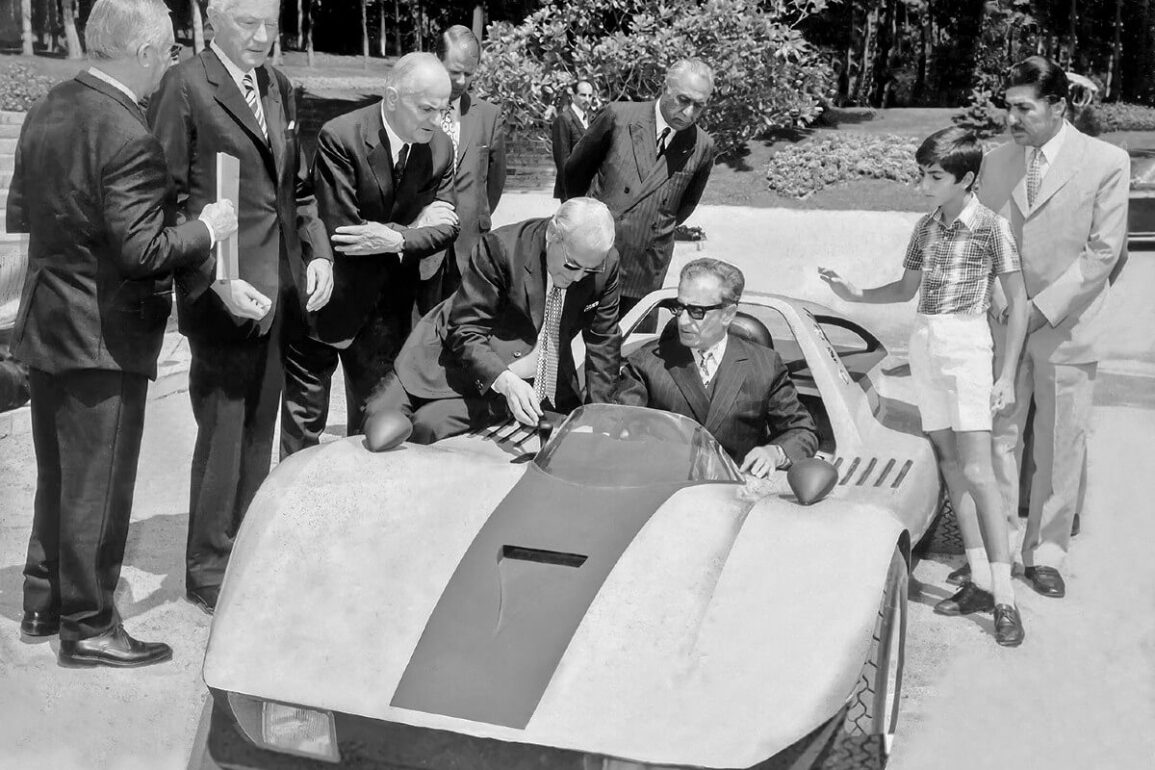 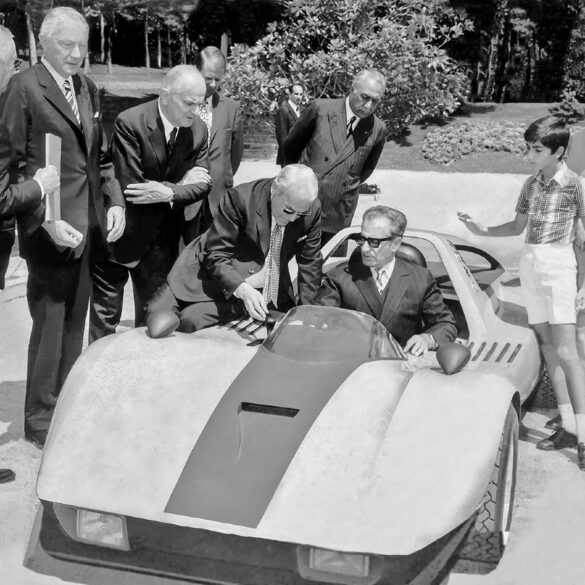 AS a boy, Borzou Sepasi would go to the local newsstand with his dad and ask if he could buy one of the foreign car magazines.

Pete Vack, of Veloce Today, writes that Borzou would take it home and translate the text one word at time, devouring the information about the rare cars he could see in the pages of his prized magazines.

In time, he became an expert in a field of European classic cars, a true enthusiast and finally a motoring journalist and award-winning author.

But unlike most of us, Sepasi was born, bred and educated in Tehran, Iran, in 1978 — just at the beginning of the Islamic Revolution.

Today, Iran is somewhat on the nose to Westerners, but it is very much a modern country, the people are polite, welcoming, hard working and interested in Western pop culture.

In USA Today Kim Hjelmgaard reveals: “The highways and service stations are modern.

“Bearded men (hipsters, not religious zealots) can be found in cafes. North American social media software is widely used, and smartphones are everywhere.

“Access to Western music, movies and TV shows is made possible through the use of virtual private networks that enable Iran’s internet and app users to remain anonymous and secure online.”

Iran also has a healthy vintage car culture, not only consisting of a broad array of American muscle cars, a legacy of the close ties the US and Iran once enjoyed, but also a smattering of European classics ranging from a Mercedes 300SL Gullwing to a Fiat 125 Samantha Vignale, and everything in between.

There’s a racing circuit in Tehran designed by Hermann Tilke for both track and off-road events, with the hope of one day becoming a Formula 1 venue.

There’s also an automotive industry dating back nearly seven decades with several producers of Iranian cars, the most popular made by Iran Khodro and Saipa, and about 1.5 million cars are produced each year.

Together with Peugeot and Renault, those four dominate the market.

Most of the population speaks Farsi, and only the very well-off do much traveling outside the country.

That’s Iran today, in a nutshell.

From that background comes the young Sepasi, filled with energy and intelligence, who has spent the last 20+ years researching the amazing car collection of Iran’s last Shah.

His journey began in the early 1990s when he found an Autocar dated May 18, 1988, which had a classified ad for a Maserati Ghibli purportedly owned once by the Shah of Iran.

“Having heard many stories of the enormous wealth that the Shah had at his disposal during his reign, I concluded that there must have been other cars like the Ghibli as well,” Sipasi wrote in the intro of a book he’s just published.

“It was from this point that my quest to uncover the history of the royal cars of Iran started.”

There were a lot of false starts, however, and it wasn’t until he was at Tehran University that he was able to begin serious and comprehensive research on cars he believed to have been owned by the Shah.

In 2002, at the age of 24, Sepasi wrote an article about the cars of the Shah, which was published in one of Iran’s top newspapers. That’s when things really clicked.

He received an email from the head of a soon-to-be established museum to house the cars which were in the hands of the Mostazafan Foundation, the organisation mandated with managing the property and assets of the former Shah.

The organisation needed help in identifying some 180 cars in its care and invited Sepasi to visit the warehouse where the cars were kept.

It revealed many Rolls-Royces, Mercedes, Ferraris and a Mercedes-Benz 500K Autobahnkurier, all covered in layers of dust.

Still, many of the Shah’s true treasures were hidden in a variety of places and each one had to be accessed and inventoried.

But things were not easy. Forty years after the Shah was deposed, there is still sensitivity about the rule of Mohammed Reza Pahlavi, and often Sepasi was faced with suspicion regarding his search for photos and information.

He had to convince many that his efforts were for a non-political historical effort.

His long years of studying European and British cars often paid off.

A chance meeting with a particular manager resulted in seeing a small album of the Shah’s cars under his care.

Writes Sepasi: “Having earlier uncovered the list of all the Rolls-Royces sold to the royal court, I spotted a Rolls-Royce Silver Cloud III, known as ‘Chinese Eyes’ among the cars in his photo album.

“When I recited the VIN number by heart, the manager immediately granted me first-hand access to the cars in their possession.”

He also volunteered his services at no cost to the Mostazafan Foundation, and was  slowly able to gain access to the archived photos in the Saad Abad Palace, as well as access to the cars still remaining some 30-plus years on in the Shah’s parking garage at the Niavaran Palace.

And so Borzou Sepasi’s life became a series of wondrous discoveries, magical cars, carriages, aircraft, and even special railway cars designed for a Persian king — all in his own backyard.

The joy, the excitement, the accomplishment, the research, must have been an incredible high.

Along the way, he began to write for the Iranian Machine Magazine, and has since contributed over 200 articles.

He was named Iran’s top automotive writer in 2008. This was followed by the publication of his first book, A Pictorial History of Car Advertisements in Iran, and in 2016 Iran Royal Garage was published and he won the Nicolas Joseph Cugnot award by the Society of Automotive Historians.

Now there’s Fit for a King, from US publisher Dalton Watson Fine Books.