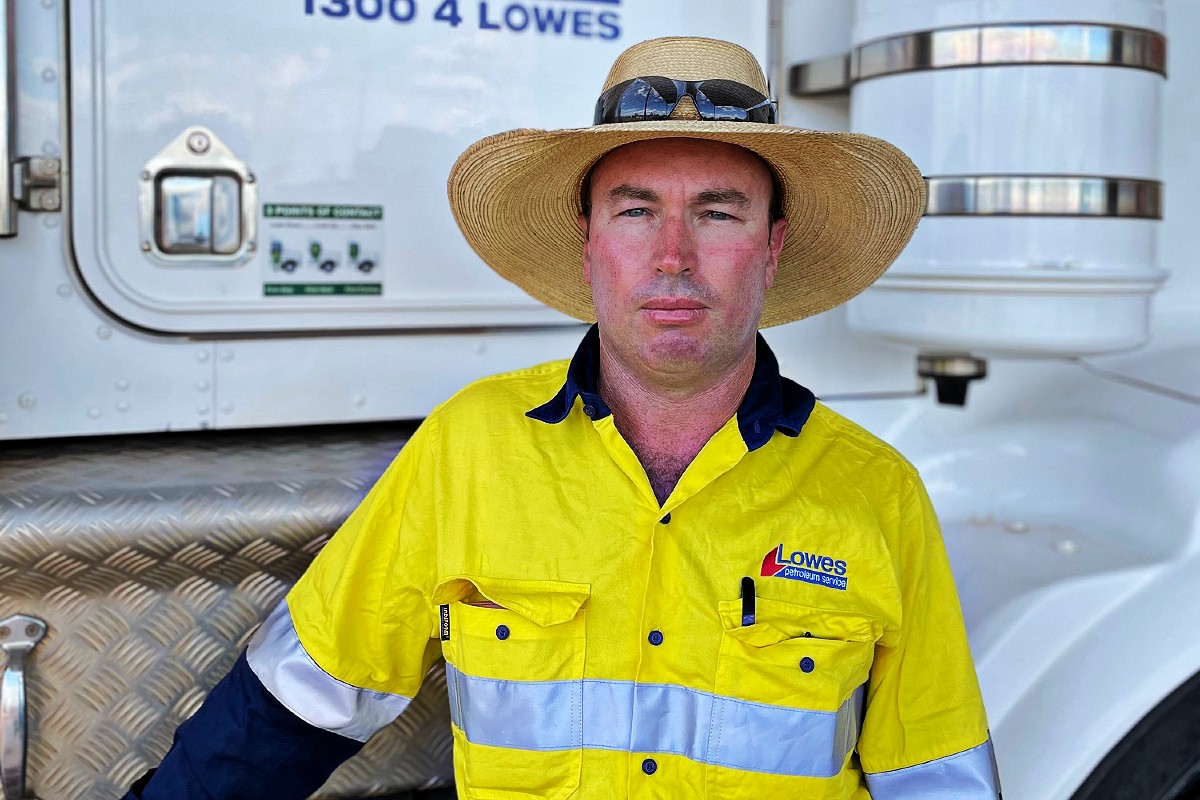 An outback truck driver has been recognised by the Australian Trucking Association for saving a man’s life.

Michael Thompson was en route to Cordillo Downs Station, near Birdsville, when he came to the rescue of a severely dehydrated man in December last year.

The Lowes Petroleum road train driver came across the man’s abandoned car on the road, with a note attached to the steering wheel saying that he had broken down and intended to walk the 30km to the station.

After following his tracks for 13km, the truck driver found the man who had left the road and collapsed in the near 50 degree heat.

Although he thought the man was dead, Thompson began first aid and used a satellite phone to call for help.

With help from those on the station, the injured man, 75-year-old Sydney grandfather Terrence Stewart, was transported by road to the station where he waited for the Flying Doctor Service to arrive.

What’s remarkable about this story, is the truck driver’s decision to deliver the shipment of fuel a day early, along with a last-minute change of route because of the weather — otherwise he wouldn’t have made the discovery.

The Lowes Transport driver has been named a Bridgestone Bandag Highway Guardian.

It is one of the highest honours a member of the transport industry can receive, with the accolade highlighting truck drivers who have gone above and beyond when faced with adversity.

The injured Stewart was mapping a route for the Great Escape Oz, a charity car rally for Cure 4 Cystic Fibrosis, when his car broke down.

After spending the night in his car, he left a note saying he intended to walk the 30km to Cordillo.

The temperature was around 48 degrees at the time.

Stewart was later transferred to hospital where he spent months in intensive care recovering from the incident.

He appeared via video link when the truck driver was presented with the award at the Lowes Toowoomba depot.

“Michael saved my life, so it is a massive thank you,” he said.

“He read my note left on the steering wheel, contacted Cordillo and advised them of the situation and drove towards Cordillo.

“He could not find me so he got out of his truck and started following my footprints until he found me,” Mr Stewart explained.

“He put everything together to give me what I am enjoying today — and that is life.

“In my mind, he was determined to find me and do the best he could to save me, and I greatly appreciate all the things he has done.

“It is not just finding me, but he put all the bits in place to make sure I survived.

“I would like to think he is a family friend for life.”

“Truck drivers operating in the outback and on remote routes are vital for stations to receive the goods and services they require to operate, but Michael Thompson highlights the critical role that our industry plays in looking out for others on the roads as well,” he said.

“Terrence was subjected to some of Australia’s harshest conditions through no fault of his own, but had there not have been a fuel delivery scheduled that week, it could have been a very different outcome.

“We’re fortunate to have people like Michael Thompson with the instincts to identify that something’s not right and who can apply the initiative to facilitate the assistance needed at that moment.”

If you know a member of the industry fitting of the title, nominate them at Truck.net.au/highwayguardian.