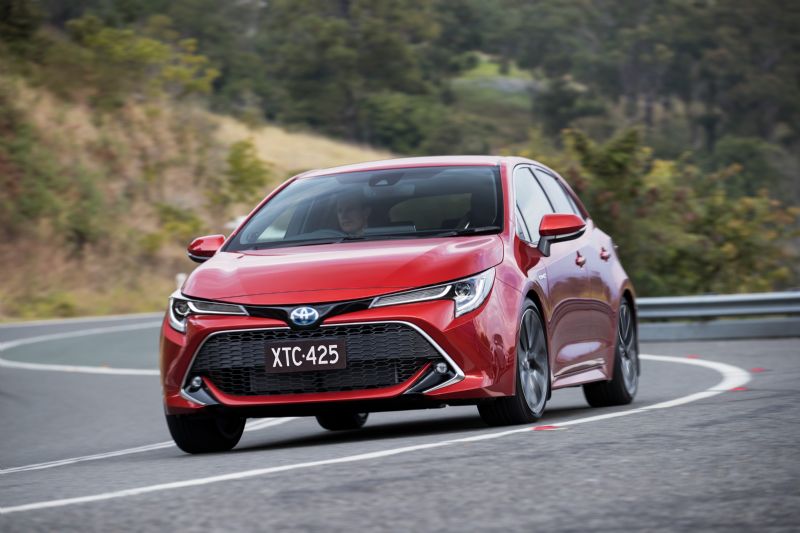 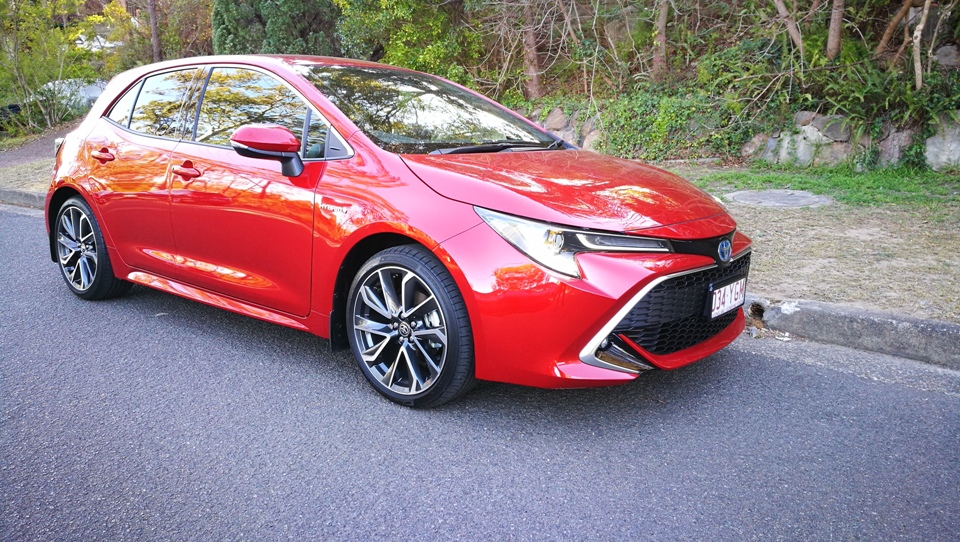 Toyota’s latest foray into hybrid vehicles comes in the form of a revamped Corolla hatch range.

There is also a choice of 2.0-litre petrol or 1.8-litre hybrid powertrains, with a manual transmission offered with only one — the Ascent Sport. Otherwise it’s a CVT across the range.

There’s been some real sheet metal changes, size decreases and increases, and a revamped interior to go along with the drivetrain changes.

Underneath some mechanical changes to the engine itself have resulted in incremental fuel economy gains.

The CVT has a world-first feature, a launch gear. In essence it’s a mechanical gear that provides some extra spritz off the line before returning to the standard CVT feel. 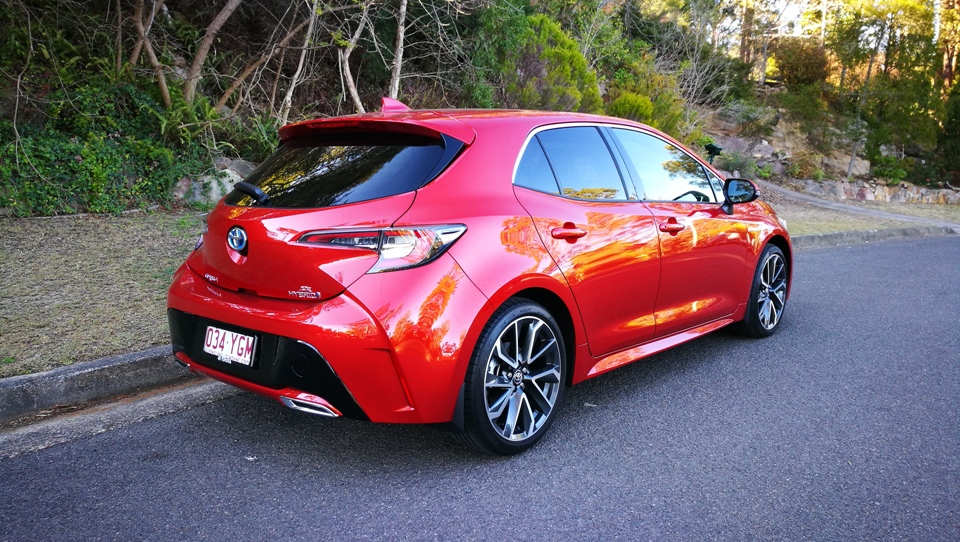 The ZR Hybrid Corolla is listed at $31,870 plus on roads. The range itself starts at just $9000 less, meaning it’s a well featured car at a competitive price.

The ZR is extremely well featured, in terms of trim and safety.

The Lane Tracing works with cameras around the car that measure roadside markings and goes hand in hand with the active cruise — it emits an audible chirp should the Corolla stray from the straight and narrow.

The satnav has voice warnings for factors such as school zones and safety cameras. They are quiet but unmistakeable when they play through the DAB equipped audio system.

The ZR has eight-speaker JBL audio, the others get six speakers.

Toyota has their own apps requiring a smartphone connection, and you can charge it wirelessly (if it’s a compatible handset) via a charging pad hidden in an awkward position underneath the bulging centre dash.

This is one niggle in Toyota’s otherwise normally very good ergonomics. The other is the position of the door grab handle inside. For my mind, it’s too far forward of a normal and natural arm position when going to pull the door closed.

Inside the ZR there are leather, heated front seats, but no power adjustment which is odd in a top spec model. There are also no paddle shifts on the Hybrid cars, rather there is a three drive mode button that covers Eco, Normal, and Sports.

Being a Hybrid there is an EV button which, like all Toyota Hybrids, is pointless. Select EV and until the car reaches 20km/h it’s operates on pure electricity. This is if the throttle is driven with a raw egg on it. Above 20 or with a normal throttle application, the petrol engine kicks in atomatically.

The ZR’s driver’s screen is a full 7.0-inch full colour LCD affair. It offers, via a set of tabs on the redesigned tiller, info such as economy, distance, and the current engine mode.

It’s also rather busy looking, meaning Toyota’s traditional, mature aged customer base may opt for the simpler design found in the SX.

Head, leg, and shoulder room for the front seats are more than adequate, rear seat leg room may be a compromise for some — especially for those 180cm and above.

The external parts amount to redesigned front and rear light assemblies, a lowered cowl providing a more aggressive face, a change to the metal and angle at the rear.

There’s a subtle but noticeable “X” motif in the rear with curved lines from below and above converging on the lower centre of the non-powered tailgate.

There’s been a reduction in height of 40mm, an increase in overall length and wheelbase, and it is 30mm wider as well.

It all contributes to a more assertive and planted road presence. 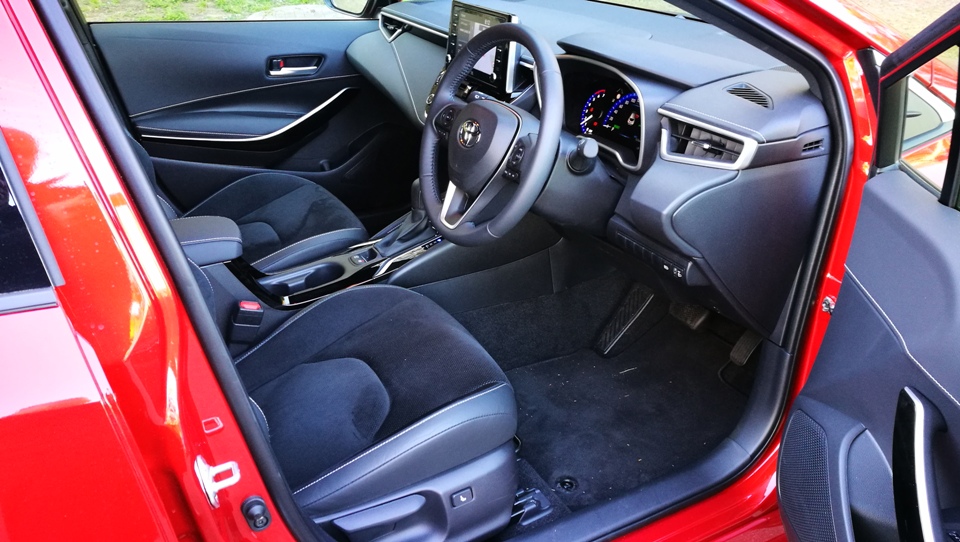 Get in, strap in, foot on brake, hit the start button . . . and nothing, apart from the dash lighting up and an almost inaudible whirr.

Slide the gear selector into D or B (for regenerative braking to feed energy back to the battery) and move away at your leisure.

Plant the hoof and feel that mechanical gear get the ZR Corolla Hybrid up to speed before backing off and reverting to near silence as the petrol engine mutes itself.

Acceleration from a standing start isn’t great at best, but roll-on acceleration is pretty good.

The car Goldilocks would have driven

Ride quality and handling, however, is superb. Underneath there’s been a swag of changes to the suspension components and geometry. That’s resulted in precise steering input, virtually no slow speed understeer, zero body roll, and super compliant ride.

There’s no discernible float on the freeway’s undulations, nor the annoying bump-thump over shopping centre carpark speed reducers. Toss in some great lateral stability and it’s a bloody well sorted package.

Braking is, as you’d expect from a well sorted hybrid . . . well sorted. Brake feel is positive from the top of the travel and there’s no excess travel in that at all. 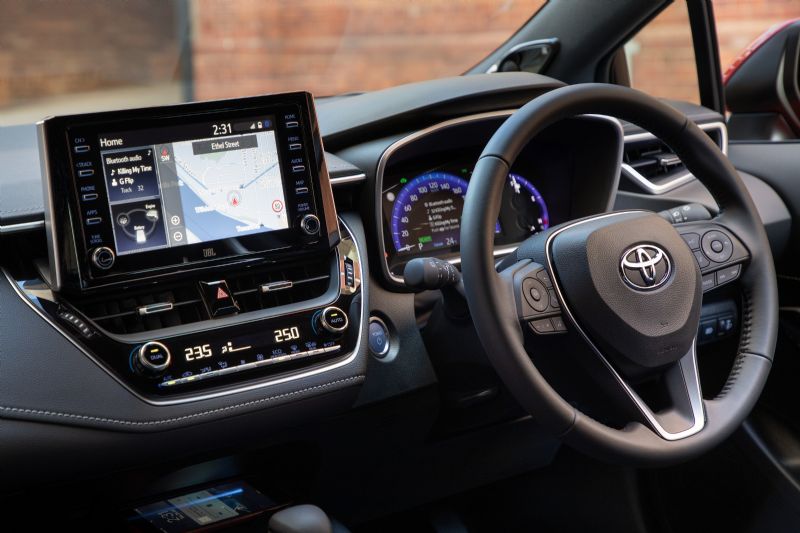 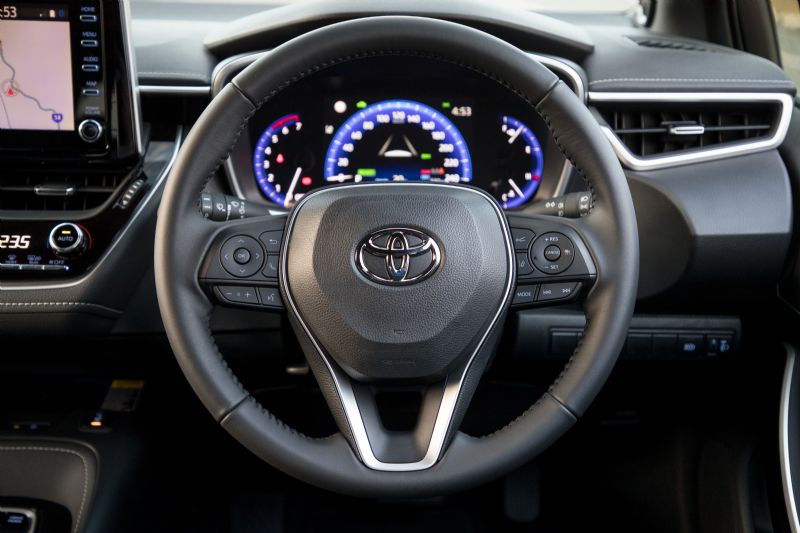 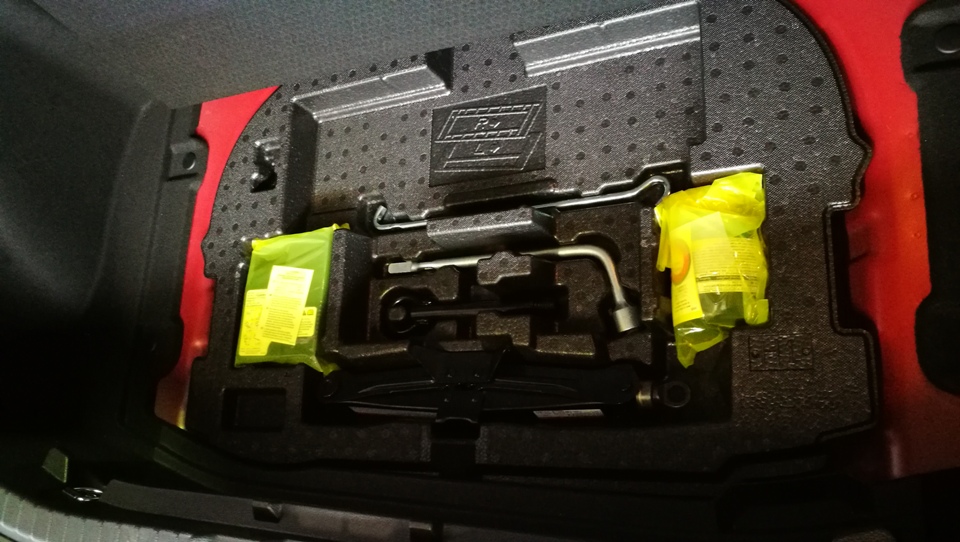 If anything, the SX may be the better value package. It’s possibly more aligned with Toyota’s core customer base, whereas the ZR would be the one for singles, couples and the tech-savvy. A very well featured list of standard equipment in both will also divide buyers.

Check out deals on the Toyota Corolla