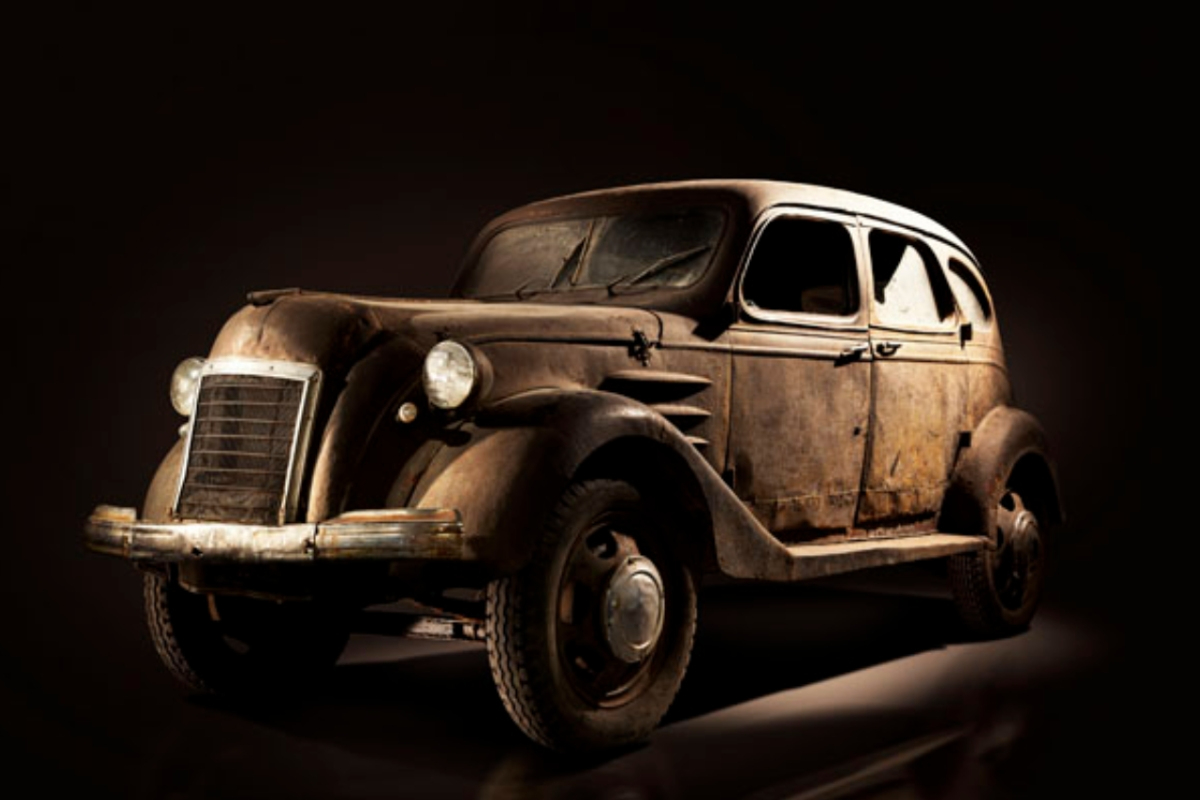 The oldest Toyota passenger car in the world, a 1936 Toyota model AA, was found on a farm in Russia.

Only 1404 of the Model AAs were built between 1936 and 1942, and all were thought to have been destroyed during the Second World War.

Even the Toyota factory museum in Japan could not find one and commissioned the construction of a replica.

How an original AA came to be found and then displayed in the Louwman Museum in The Hague is one of those fabulous automotive yarns.

In 2008, Ronald Kooyman, Louwman Museum’s Managing Director, was told by a contact that an original AA was being sold in Russia.

Kooyman tracked down the car to an advertisement in a Vladivostok newspaper.

The Toyota was mistakenly advertised as a Chrysler Airflow, but after some detective work it was confirmed as an original AA.

The car was being sold by the grandson of a farmer who had used the AA on his land in Siberia since World War II.

How it got from Japan to Russia is still open to speculation?

It took seven months for the Russian Ministry of Culture to give its consent for the car to be exported to The Netherlands.

The car has not been restored and remains in “as found” condition.

During its existence the Toyota was modified to survive and drive in the harsh eastern Russian environment.

The steering wheel was switched from its right-hand to left hand drive by simply relocating the steering column, brake and clutch pedals.

A boot has been welded onto the rear and the original engine replaced.

Originally fitted with a 3.3-litre, 62 hp six-cylinder engine the Toyota AA’s design was inspired by the Chrysler Airflow.

It was a fully enclosed four-door sedan, with a metal body on a metal ladder chassis.

The metal body was of modern construction compared to the fabric-over-wooden-frame bodies used on cars designed in the 1920s.

The front glass spanned the entire width of the body in a single pane.

The AB was identical to the AA except that it was a convertible with a folding cloth roof.

The rear doors opened forwards like conventional doors while the front glass could fold down on to the bonnet.