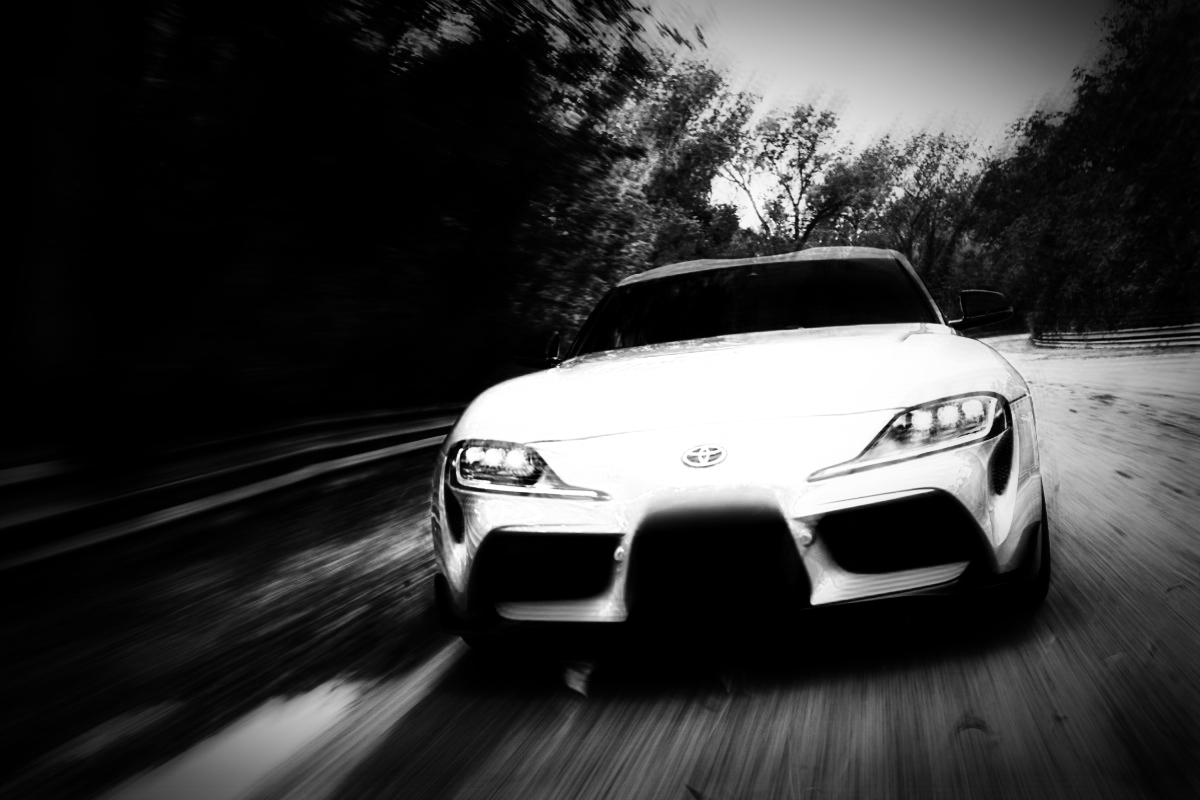 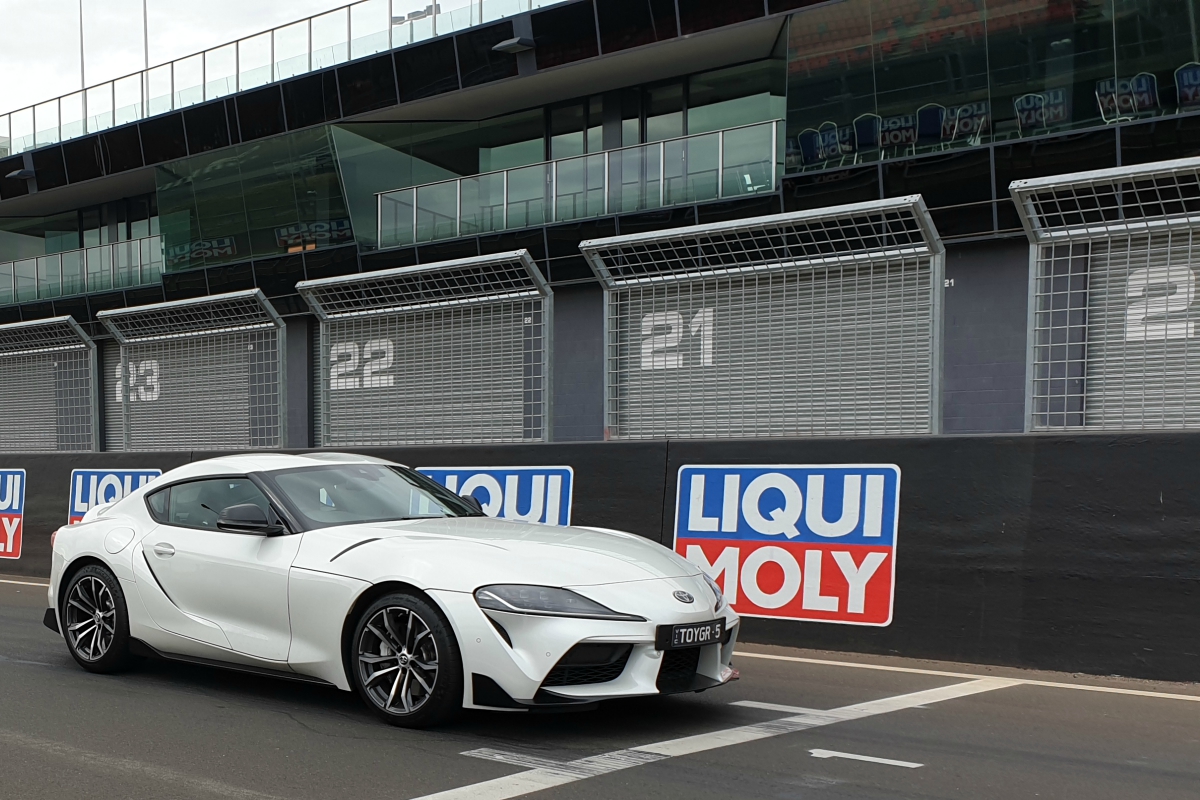 Toyota’s Supra sports car is not a far cry from the cynical marketing exercises of the 1980s and 1990s.

Back then, some car manufacturers passed off models from other makes as their own, often with few changes.

Holden and Toyota did it best, or is that worst, with models such as the Lexcen, Nova and Apollo.

Ford and Nissan also had a famously transparent attempt, when Nissan simply stuck a badge on the front of the XF Falcon-nosed ute.

Not surprisingly, as a result,  it looked just like a like Ford ute with a Nissan badge.

This preamble about sharing leads us to the most recent and much-hyped example — the 2020 Toyota Supra sports car.

It is in fact based on BMW’s Z4, with a BMW straight six, BMW eight-speed auto, some BMW trim and proportions as well as the rear spoiler from the Z4.

It begs the question: what exactly sets this car apart from these earlier exercises in badge engineering?

Supra itself is now in its fifth generation, with just two trim levels offered here: GT and GTS. 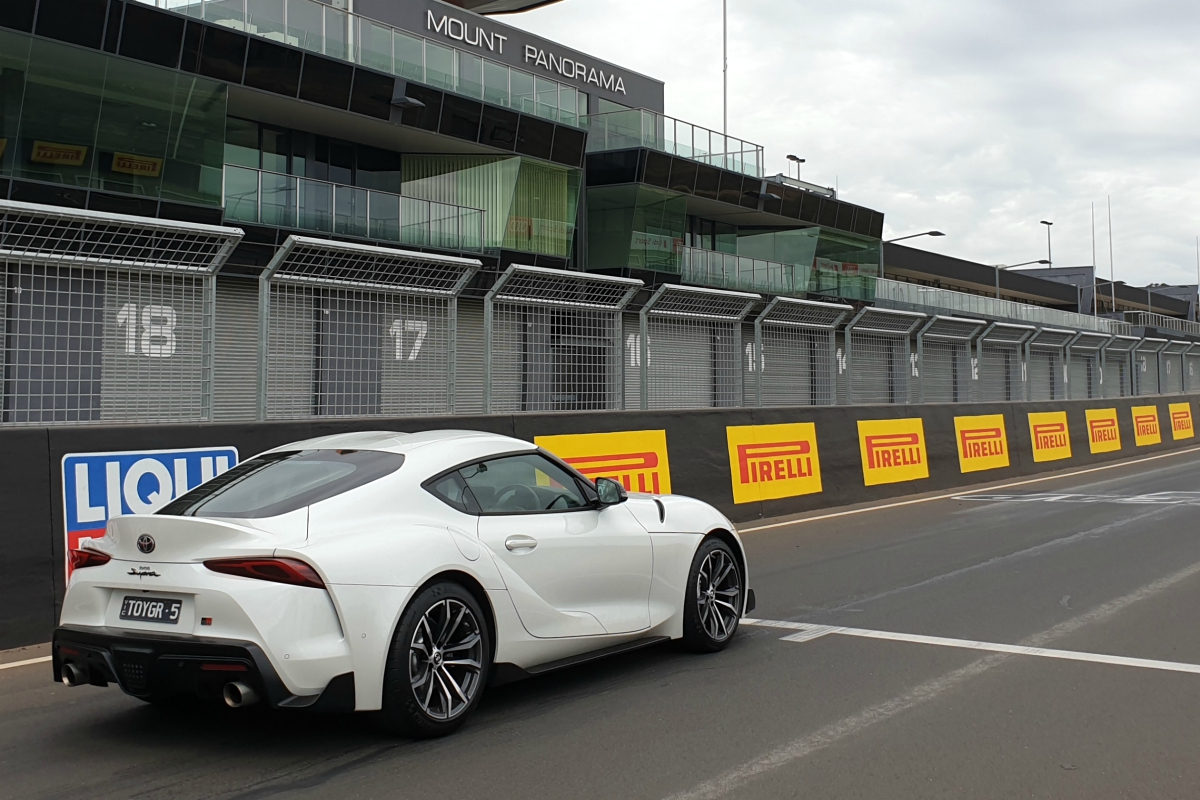 This takes the price of the GT to a the mid $91K range with non-metallic paint, or a couple of bluebacks over $92K with a metallic coat.

What you get for that figure is a self-contained sports car.

The Supra has different drive settings, for example, that swap between mild and yee-haa!

A centre console mounted Sport mode changes the engine and transmission mapping, and opens up the exhausts to produce a raspy, crackly note.

It’s a strict two-seater, and comes with just 296 litres of cargo space behind the seats and horizontal strut bar.

There is a driver’s dash display that is retro, to be polite.

Compared to Toyota’s own designs, the long, narrow touchscreen is not particularly well laid out.

But sub-menus, once opened, are actually easy to use.

The console has a dial and buttons for accessing features such as DAB audio, navigation, and those aforementioned car settings.

The seats are set low, so low in fact that a driver could just about lie flat on the ground and roll in.

They’re snug, supportive, wraparound, and hug the you tighter than grandparents before they go on holiday.

Sadly, they’re not vented (sigh), but they do warm up very quickly — and that wasn’t a bad thing.

Whether the Supra is a “pretty” car, however, is a matter of personal taste.

What we CAN say is that no other car we’ve driven has attracted as much visual attention.

From tradies to school kids, from truckies’ giving the thumbs up, to delighted grins from the boys in blue as we pootled past — the Supra GT (in pearlescent white) simply reaches out and grabs eyeballs.

It’s not long, but looks long thanks to a height not much more than a child’s birthday cake.

Standing at just 1292mm, it makes the 4379mm length look longer than it is, with a profile that we’ve come to know.

A long bonnet, a mid-mounted cockpit, before sliding down to a broad rear.

Front and rear lights are LED now, and there are black coloured diffusers that, at the front, highlight L-shaped aero blades and give the nose a passing resemblance to some from Formula 1.

There is a sine wave line that starts from the base of the doors and runs rearwards, highlighting the deeply scalloped doors and huge rear wheel wells.

They’re Pilot Super Sport and there’s a good reason for that.

Safety levels are high, with all of the mandated features such as Collision Avoidance, Blind Spot Alert, Tyre Pressure Warning, and airbags all around. 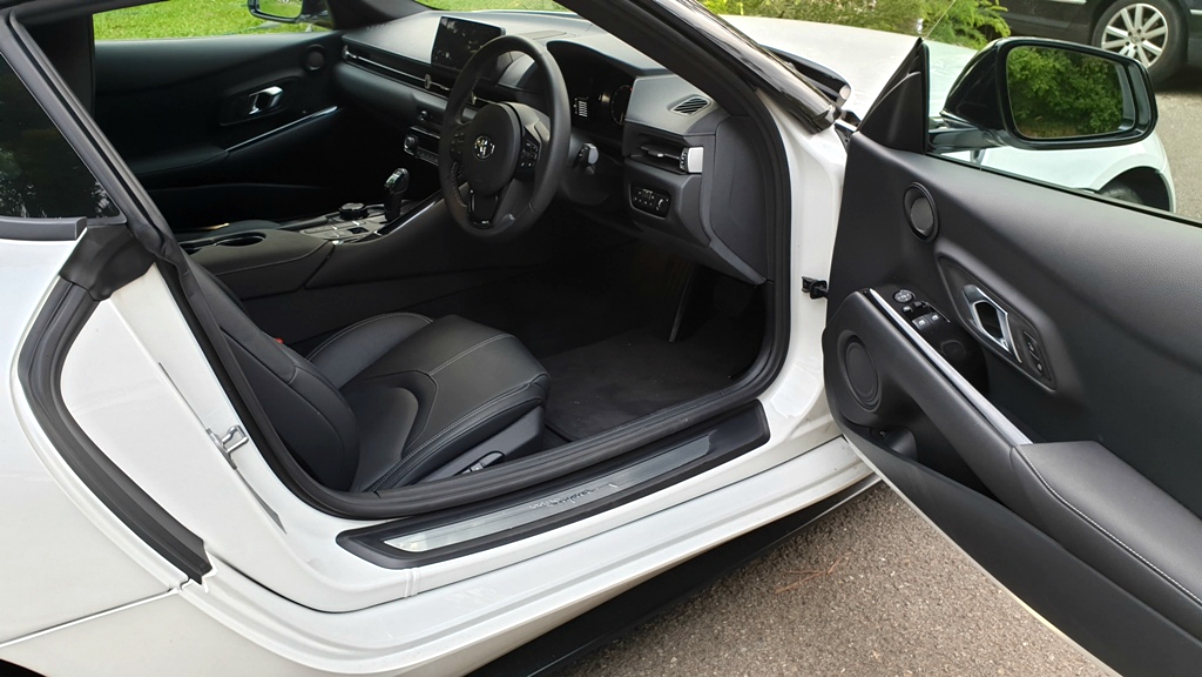 Supra goes like a squad of dockers at knockoff on a Friday arvo looking for the nearest pub.

The engine is a 3.0-litre straight six, with a twin scroll turbo helping to produce 250kW of power and 500Nm of torque.

That torque figure starts from 1450 revs and is available over a 3000 rev range.

It makes driving the Supra GT as easy as piloting any bespoke passenger car.

The auto needs time to warm up though. Cold it’s apt to behave like a cranky toddler.

On song it’s super well behaved, with crisp changes in Normal, and even quicker in Sport.

The exhaust is subdued in Normal, barks on the upchange in Sport, and has a soundtrack that crackles and snarls on the downchange.

Steering is heavy but responds rapidly. Think the nose moving and it responds instantly.

The brakes are the same.

Normal driving around town is unfussed, thanks to all that torque which makes things so easy.

Settings accessed through the touchscreen menu alter steering, engine, and ride — but, left in Sport in the ‘burbs,  it can get tiring on what passes for roads in Sydney’s west.

Get it on the new blacktop and the ride is magic carpet smooth.

It hums along and a flex of the right ankle turns sub-light into warp speed, without pain or stress.

But in order to find out if it’s a sports car in the sense of the words, we took it to a small and relatively unknown place called Mount Panorama.

Driven in a restrained manner, as it’s a public road for most of the year, Supra showcased its driveability and flexibility nonetheless.

Punted up Mountain Straight before the sweeping right-hander that is Quarry Bend and leading into the left-hander that is the Cutting, the handling is benign and mild mannered.

Come out of McPhillamy and across the top, and Supra sits flat, with an almost bored attitude.

Then down into The Esses, The Dipper, and Forrest Elbow, before Conrod Straight, and it’s here the ears perk up and the chassis comes alive.

There is minimal effort required in the steering, yet the nose is planted, confident, and firm in its resolve to stay where it’s pointed.

It’s here the choice of rubber pays off, with barely a hint of understeer and no hint at all that it will lose grip.

Remember that we’re doing legal road speeds here, but such is the technical nature of this section of road that Supra could very easily go through at double the pace and still have more to offer.

On the way back a glance at the fuel economy showed something unexpected.

Our lowest figure was 6.3L/100km, and at journey’s return, the expected range had dropped by just over 100km, after travelling a distance of around 300km.

This, from a sports-oriented engine. 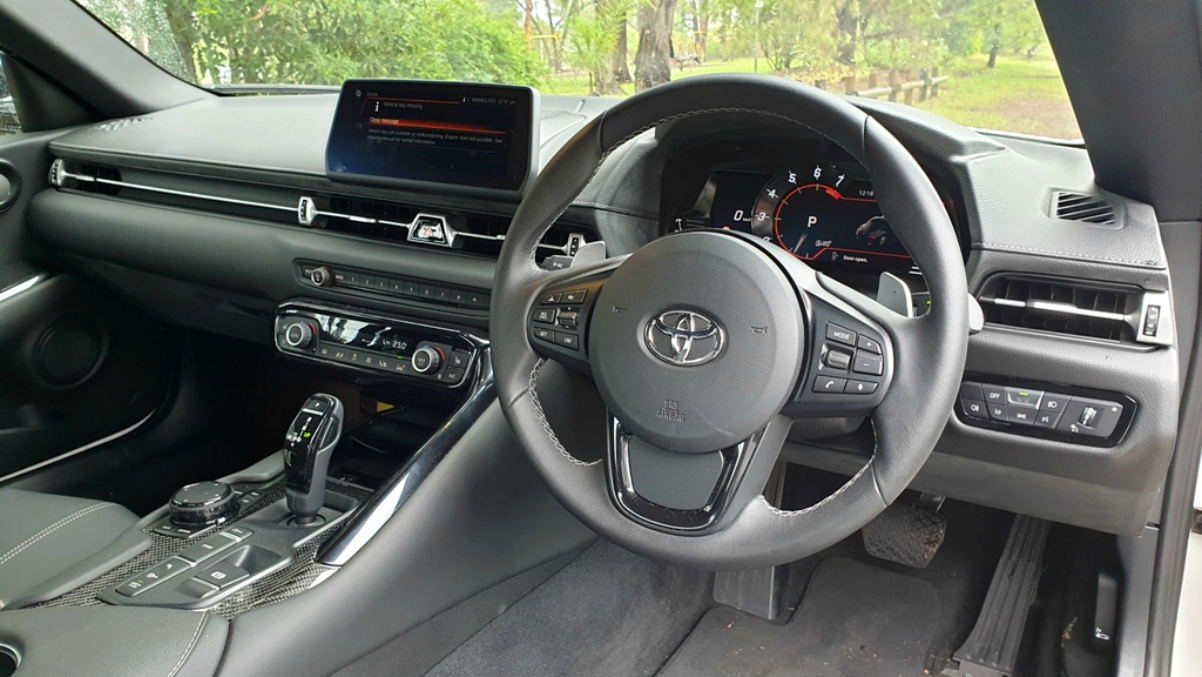 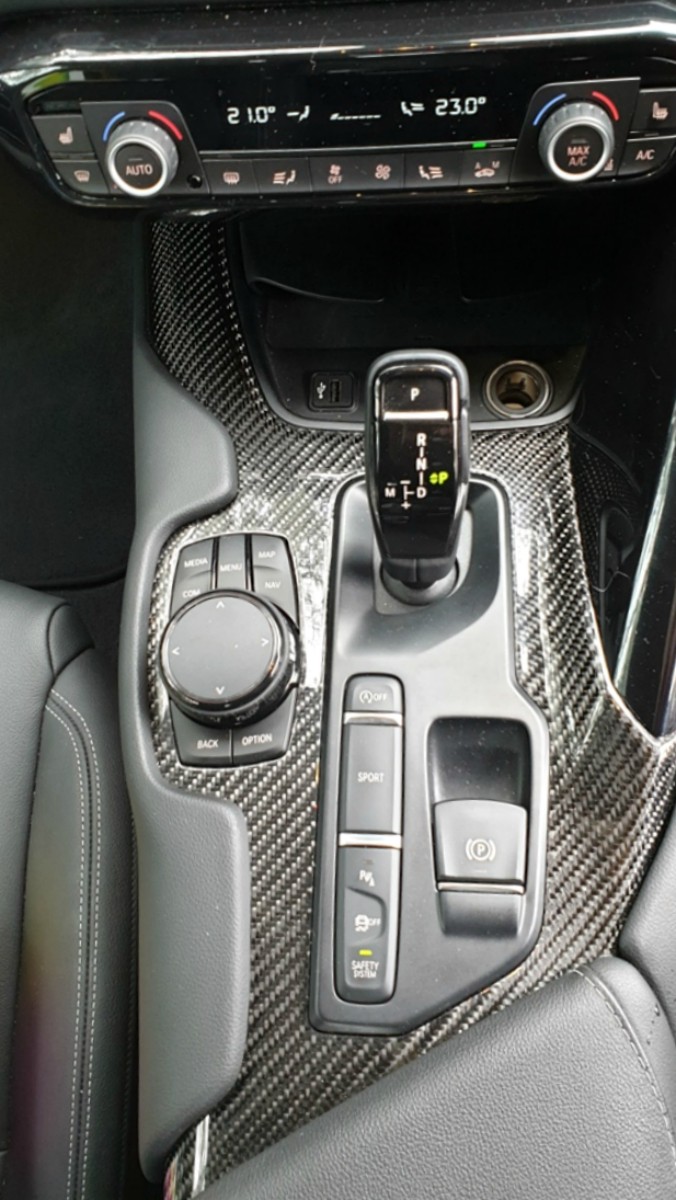 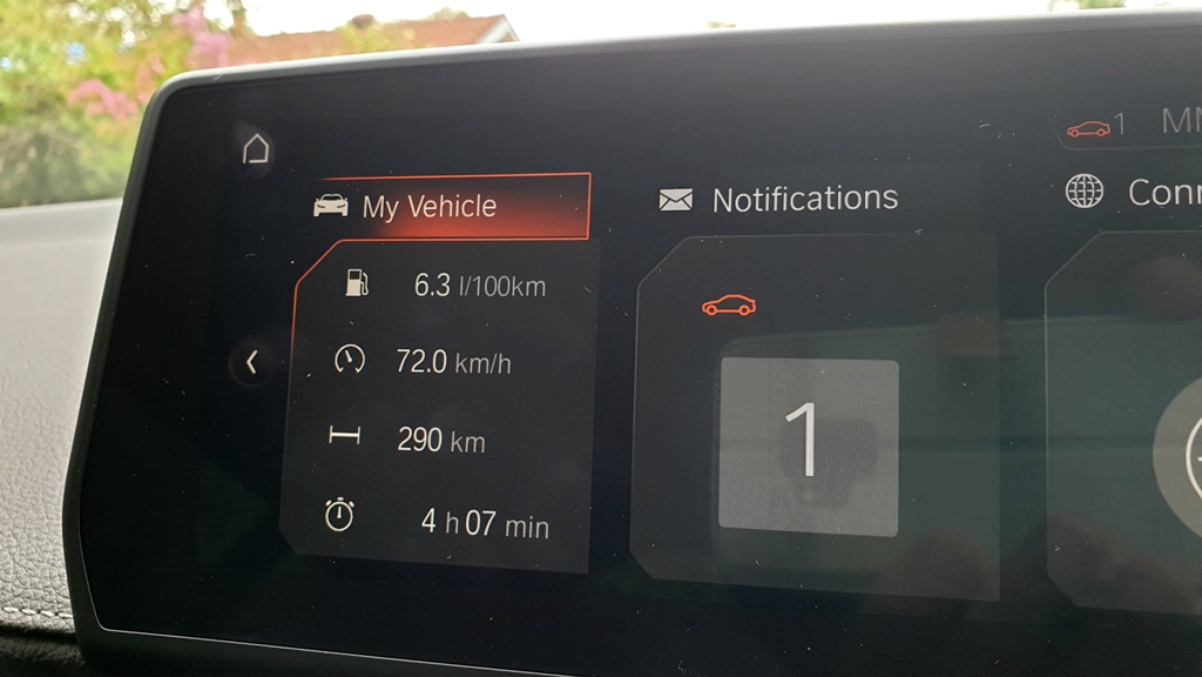 We asked earlier what makes this package a Supra?

Australia missed out on the first generation of the car. While the fourth edition was brought in under low volume import laws.

That car was seen more as a proverbial “boy racer” entry.

Does the heartbeat of a car — the chassis, engine and transmission — make it someone else’s car?

Toyota is, of course, no stranger to model sharing, with the smaller two-door, two-seater 86 — which it shares with Subaru.

Let’s call that car the Celica, which of course was the basis for the original Supra. The original Celica was a four cylinder powered two-door too.

What we have here is a car that is a Supra by any other name, and one that, for most buyers, will be bought either in spite of, or because of, the silky 3.0-litre straight six that just happens to be from a different manufacturer.

It’s low, long looking, goes and handles and looks like a Supra. So, in essence, isn’t that what it’s meant to be? 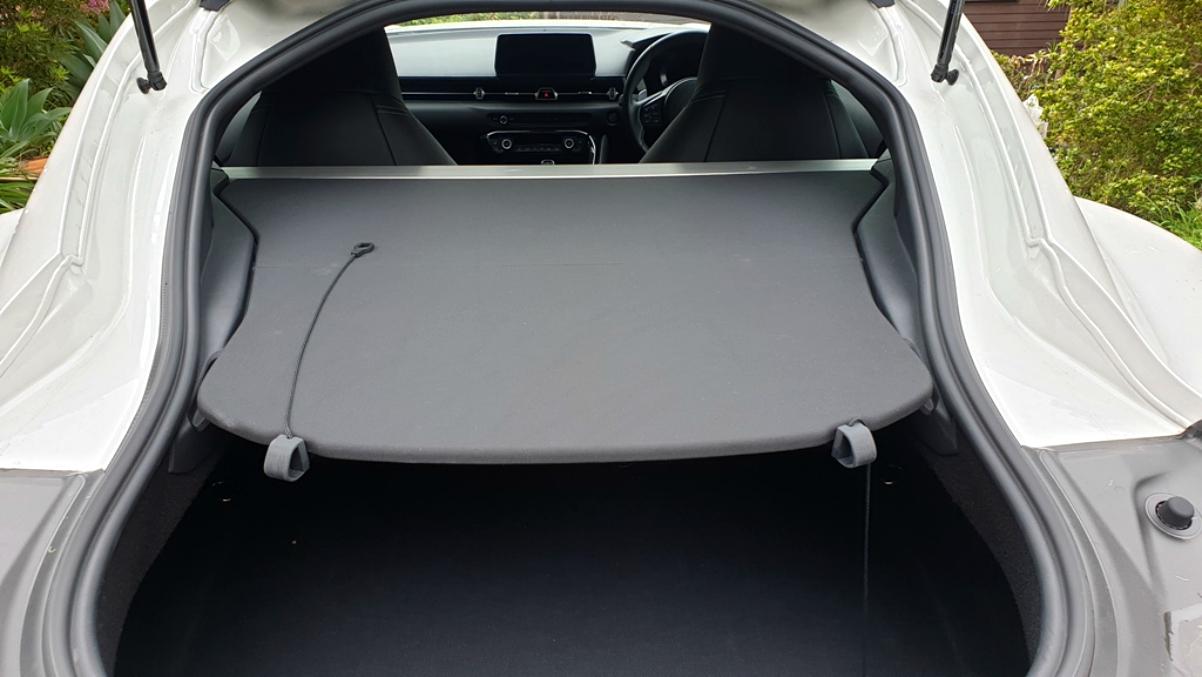 CHECKOUT: How much is that Supra in the window?

Check out deals on the Toyota Supra