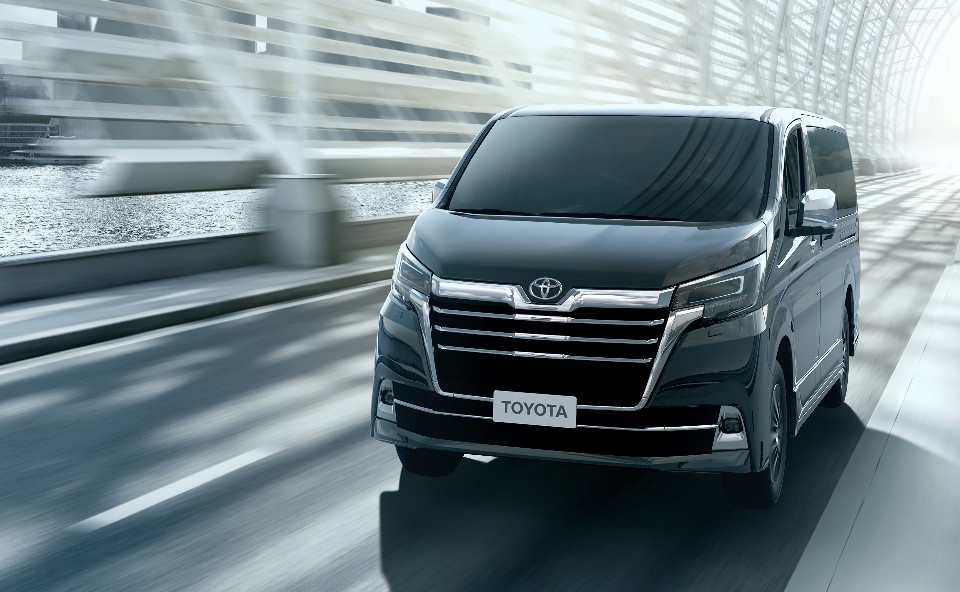 Toyota is planning to sell a tarted up version of HiAce aimed at high end hospitality, family and corporate buyers.

Based on the all-new HiAce platform, it will be sold alongside the long-serving Tarago until it gets the chop at the end of the year.

Now in its fourth generation, Tarago has been sold here since 1983.

Toyota says Granvia takes the concept of a large luxury wagon to the next level, with premium seating for eight, a full suite of Toyota Safety Sense features and four-link coil-sprung rear suspension to deliver superlative ride comfort and stable handling.

But is the market ready for another van-based people mover?

Mercedes-Benz did the same thing with the launch of Viano, an upmarket version of the Vito van.

Volkswagen also sells an upmarket version of the Transporter.

“Whether you are in need of a five-star hotel shuttle, corporate transport for senior executives or just a large luxury family wagon, the new Granvia fits the bill,” he said.

“With a stylish European-inspired design, outstanding comfort, refined performance, a high level of safety features and impressive list of standard appointments, the new Granvia really is the last word in luxury people movers.”

Granvia will be offered with a turbo diesel engine and will be available in two grades, featuring such luxuries as power sliding rear side doors, electrically-adjustable driver’s and second row captain’s seats and leather-accented upholstery.

On-road entertainment and information will be provided by Toyota’s fully connected latest generation advanced multimedia system that will be available with four USB ports and a total of 12 speakers.

Safety is assured too with both models featuring nine airbags, and active cruise control and pre-collision safety system (PCS) with pedestrian and daytime cyclist detection among the many driver-assistance features.

CHECKOUT: That’s all folks. Toyota calls it a day