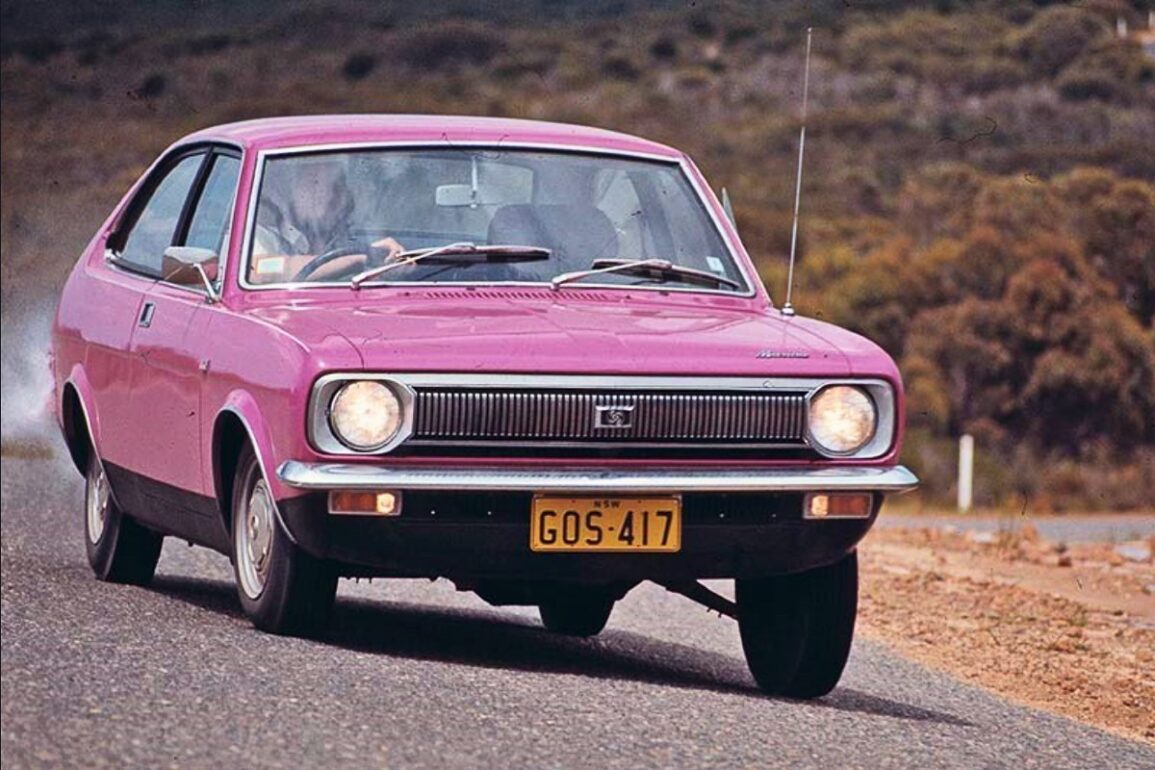 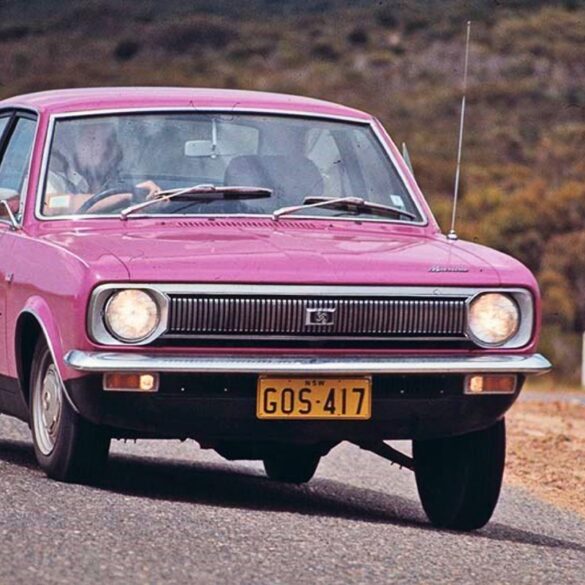 The Marina was British Leyland’s attempt to compete against the Ford Cortina.

An additional problem was that Leyland had too many talented managers telling them what they needed to be successful in 5 to 10 years time.

They were consumed by in-fighting which took their attention away from what really mattered — styling and making profitable cars.

When it was first proposed, the Marina was earmarked to be a coupe and sedan.

The coupe was to be the hero model, positioned as a luxury sport offering, similar to the big selling Ford Capri.

The sedan was the car for the family and fleet market.

Rear wheel drive was chosen to keep costs as low as possible.

Then the bean counters and Leyland’s managers got involved.

To save money it was decided to put the existing torsion bar front suspension from the Morris Minor, which dated back to 1948, under the new body shape.

Naturally, the aging suspension was one of the first aspects of the car to be criticised when it was released.

The idea that the coupe would be a high-priced premium product was kicked out the door after it had to have the sedan’s shorter front doors — instead of getting its own longer ones.

Why do this? Yes, you guessed it — to save money.

That meant the coupe became a two-door sedan, devoid a style and decidedly unbalanced in appearance.

No longer could it be promoted as a sporty car, so the marketing boffins made it the cheap entry level model.

And yet, for all its old-fashioned underpinnings, more than 1.3 million Britons handed over money to British Leyland in exchange for a Marina.

In fact, the Marina was was the company’s second most successful model — after the Mini.

Meantime, in Australia, the Marina was launched with 1.5 litre and 1.75-litre four-cylinder engines.

It was pitched against the Holden Torana, Ford Cortina, Toyota Corona and Datsun Bluebird — to name a few.

As a teenager I recall walking into our town’s Leyland dealership to take a look at the Marina when it was released.

I was with a group of school friends.

Opinions varied, ranging from indifference to “I hope I’m never seen in one of these.”

Cobra came to Shelby in a dream

In 1974, in an effort to match the Torana and Cortina, Leyland Australia inserted its 2.6-litre, six-cylinder engine under the bonnet.

Fast it may have been, but the extra weight over the front wheels made the Marina’s inherent poor handing diabolical.

When Leyland Australia stopped production here at the end of 1974, Marina was a casualty.

Only 30,000 had been sold in its three years in the Australian market.

By comparison, Holden sold around 100,000 LC/LJ Toranas during the same period.

And get this, Leyland even tried to sell Marina in the United States.

You can guess the level of success that idea met with?

Marina became a running joke on the Top Gear TV series, with co-host James May observing that Marina was “a warning from history.”

My research indicates that of the 1.3 million produced in Great Britain, less than 400 remain on the road today.