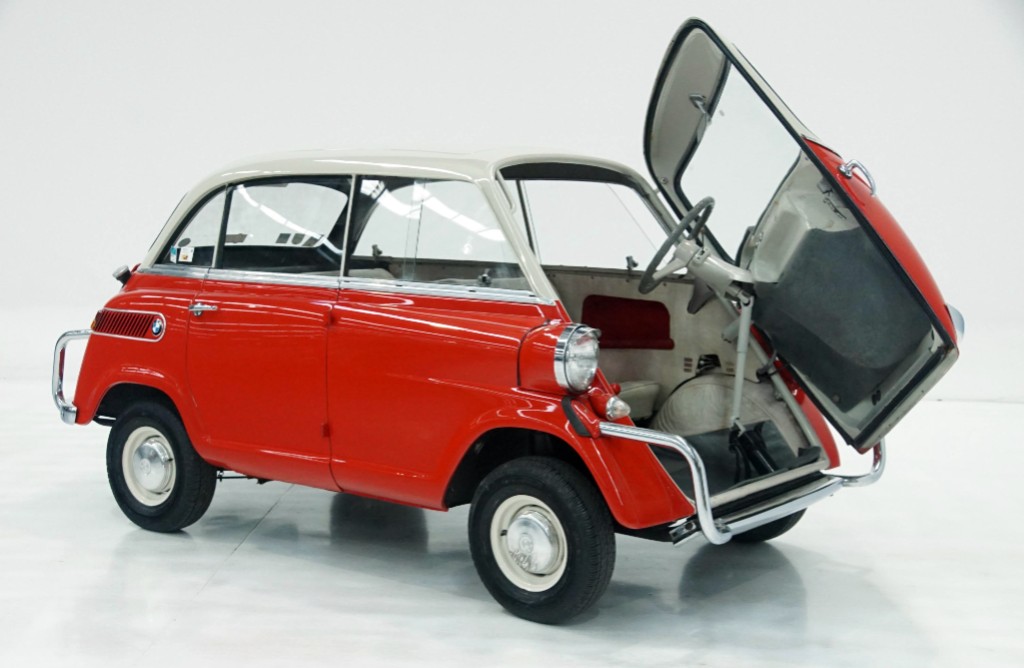 Tiny Beemer made for dreamers

This tiny, ancient 1950s Beemer could be the only one of its kind in Australia.

And it goes under the hammer at Shannons next auction on September 23 in Melbourne.

Partially based on the better-known BMW Isetta two-seater, it was BMW’s first, post-war four-seater economy car but unfortunately was not a success, and only 35,000 were built.

The BMW 600 was developed in response to a need by the German car maker to expand its model range but, lacking the resources to develop an all-new car and engine, the new 600 used the front suspension and front door of the Isetta.

Mounted behind the rear wheels, the engine developed 14.5kW at 4500rpm and was mated to a four-speed manual gearbox, giving it a top speed of around 100km/h.

The 600’s body featured a front door for driver and front passenger access, plus a conventional right side door for rear bench seat access.

It’s left-hand drive, and in excellent condition inside and out, as is the exterior chrome and stainless trim.

Finished in an attractive cream over bright red, the colour-scheme is repeated inside with red cloth seats trimmed with contrasting cream vinyl sections.

Well cared for and presented, it has BMW Club history and while it was previously on full Queensland registration, it is being offered for sale unregistered.