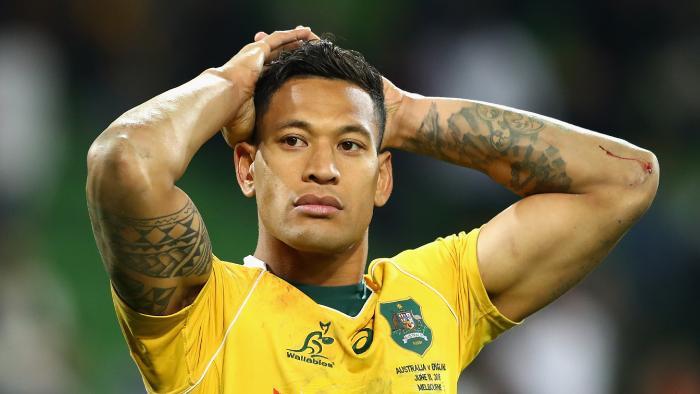 Home
Talking heads
Sport mad
Thou shalt not get too many tatts, Izzy!

The mood of the meeting was tense. This was the first Monthly Management Meeting since the boss had returned from six months long service leave, and some of the directors were running late.

They all knew that meetings always started at 10am sharp and the Big Fellar didn’t like to be kept waiting.

Finally, the stragglers arrived and God called the meeting to order.

Even Heaven needs to have regular meetings.

The first item on the agenda were the reports and KPIs on the most evil sins, the ones that meant a one-way ticket to hell. The ones that get mentioned on twitter.

“Gabriel,” asked God, “How are we going with drunks, adulterers and fornicators?”

“We have a slight problem with the drunks, replied Gabriel, they have taken us to the Pastoral Council.”

“On what grounds?” asked God.

“Entrapment,” responded Gabriel. “They claim that when Jesus turned water into wine at that wedding at Cana, that we breached responsible service of alcohol, and encouraged the masses to drink alcohol to excess.”

“Oh, for my sake,” bellowed God. “I told that boy not to listen to his mother. If he’d have listened to me, he would have sent a couple to disciples to Dan Murphys and picked up a couple of slabs of XXXX Gold — or whatever else was on special.”

“What about the adulterers and fornicators?” asked God.

“They are waiting for the result of the same court case. They claim that if Jesus hadn’t got them hooked on booze, they wouldn’t be playing up in the first place.”

God wasn’t happy. “What’s taking so long with the court case?” he asked.

“Most of the solicitors and barristers are in the other place, so we are struggling to get a legal team together to mount an appeal.”

“Okay.” said God, “What have you got to report, Raphael?”

“Well,” said Raphael, “the KPIs are way down on the liars and thieves.”

“Because,” Raphael responded, “every time we make any progress, the liars and thieves get elected to parliament and make their own rules.”

“What about Atheists and Idolaters?” asked God.

“A complete waste of time even measuring them,” replied Raphael. “What good is it to threaten atheists when they don’t believe you in the first place, and the idolaters are convinced their idol will protect them.”

God’s mood was getting darker. “Can’t I take a bit of long service leave without you lot making a mess of everything,” bellowed God. 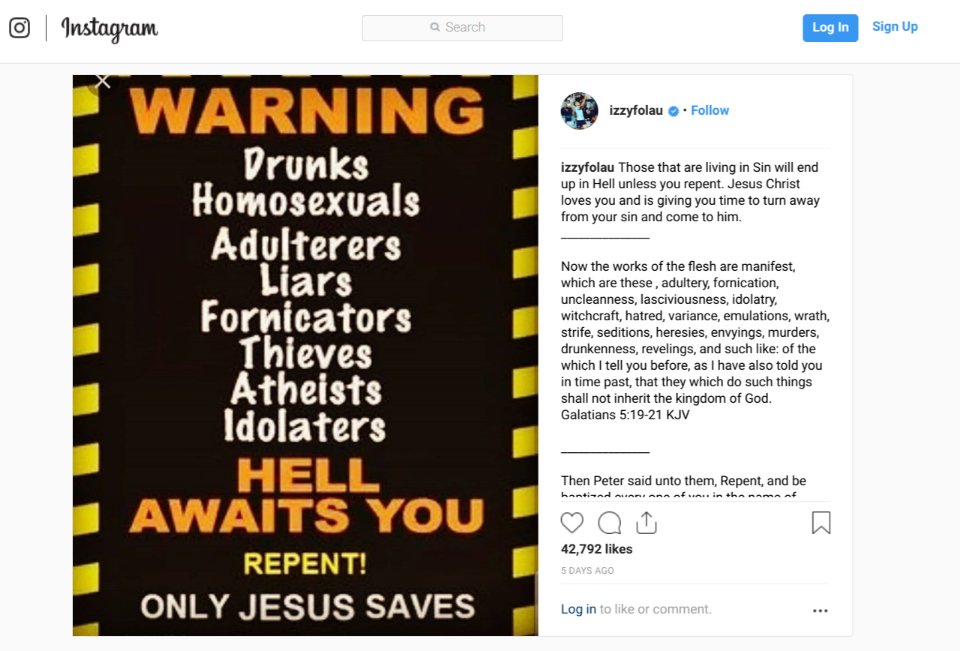 “Michael,” yelled God, “for my sake, tell me you are making progress with the homosexuals?”

“No worries,” replied Michael. “We’ve got Israel Folau on the case. Ever since he started his tweets, the homosexuals have been lining up to repent.”

Okay, so I’ve been taking the mickey, but the “sins” that I mentioned above are the ones that Izzy mentioned in his tweets, the ones that are so heinous, that you go straight to hell.

No mention of murderers, rapists or child molesters. Izzy seems more concerned about what consenting adults do in the privacy of their own homes.

Is God really up there, watching down on us. Watching drought, famine, starvation, wars, murders, child abuse and his own Catholic Church imploding after ignoring generations of child abuse — but the most pressing item on his agenda is homosexuality, which has no victim?

It is also interesting to note, that Izzy cherry picks the sins that offend him the most. You see, there are many references in the Bible that refer to other things we shouldn’t be doing, including getting our bodies tattooed.

And over his illustrious sporting career, I hope that Izzy has never worn a jersey made from mixed materials, because the Bible is pretty clear about not mixing wool and cotton.

It is clear that Rugby Australia do not want Izzy espousing his anti-gay thoughts and Izzy is not prepared to keep his opinions to himself.

The only option is for Folau to retire to a life of preaching his beliefs to his followers, but on a million or so dollars less than he is on now.

Good luck with your future Izzy.