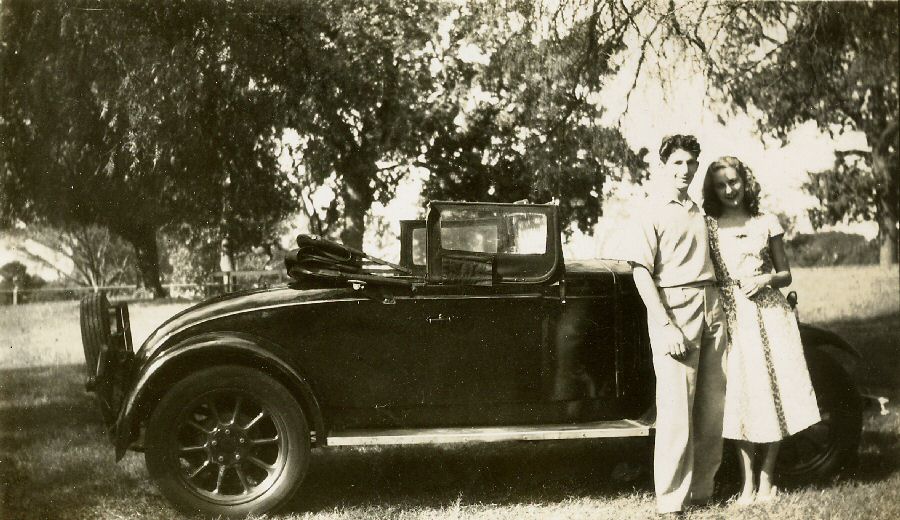 Kevin and his then fiancee
Wheel life
3 min read

The Riley that started it all

Home
Wheel life
The Riley that started it all

I’m often asked how I got into writing about cars.

Well, like most teenagers I had no idea what I wanted to do when I left school.

I was a good student and graduated with the marks needed to matriculate to university.

After speaking to a careers counsellor who asked me to tick some boxes, he pointed out that I might be interested in pursuing a career in journalism.

So, after trying unsuccessfully to secure a cadetship, I opted to do a Communications degree with a major in journalism.

Then I got the cadetship and, after 20 years banging a typewriter (remember them) in all sorts of roles including a two-year stint as the editor of a local newspaper, I was invited by a colleague to review a car or two.

One thing led to another, and I was soon writing about cars and working in that area full time, including the production of motoring pages for more than 120 newspapers around Australia.

So, if you’re interested in becoming a motoring journalist, the best bet is to get a job as a journalist for 20 years then get back to me (if I’m still around).

Of course an interest in cars helps and I here I have my father Kevin to thank.

Dad, now 93, was always buying and selling cars as I was growing up, with one pre-loved treasure after another gracing the driveway.

There were Holdens, several Volkswagens, a Mini or two, a Morris panel van, Morris woody station wagon, tiny Fiat Bambino, a Hillman Hunter, and a Peugeot of some description,  — to name a few.

But, as a motoring scribe, I was absolutely chuffed to come across a photo of Kevin and his then girlfriend with a car, his first car in fact, and guess what . . .  it was a Riley sports car.

Dad bought the car at age 19 from a girl in Goulburn for £90, with the money he’d saved as a professional singer and performer.

He still has fond memories of the 1929 two-seat Riley 9 Tourer which featured a pop-up ‘‘dickey’’ seat.

There’s a couple of stories that go with the car, like the time he saved his girlfriend from falling out of the car when when the door swung open as they rounded a corner.

He managed to grab her long hair.

Or there was the time the car caught fire in the middle of Sydney Harbour Bridge.

The first Riley automobile, a small voiturette with a single-cylinder engine, was made in Coventry, England in 1898.

Production however didn’t begin until about 1905.

Riley automobiles were marketed under the banner ‘‘as old as the industry, as modern as the hour”.

Percy Riley, who was responsible for the first Riley, patented many engineering features later incorporated by other manufacturers, as well as designing the famous Riley ’9’ engine first seen in 1926.

He also patented the detachable wheel used universally today that meant in the event of a puncture, the wheel could be changed for a spare.

In the early days of motor transport wheels were a permanent fixture.

The wheel caught on quickly and Rolls-Royce took out a licence to manufacture the design, along with at least eight other manufacturers.

Lord Nuffield bought the Riley company after it went into receivership in 1938 for £143,000.

He immediately sold it to Morris Motors which soon became the Nuffield Organisation – a combination of Morris, MG, Wolsley and Riley.

Early Rileys of the 1920s and 1930s were noted for their flowing, sporting lines as well as sprightly performance which earned them such an illustrious competition career.

Production of Rileys continued into the 1960s but later cars were Rileys in little more than name, with the Riley grille and higher level of specification.

BMC even produced upmarket Riley versions of the Morris 1100 called the Kestrel and, get this – a version of the Mini called the Elf – the latter billed as ‘‘magnificent motoring in miniature’’.

He said he sold the car to two brothers who had plans to convert the roadster into a utility of all things.