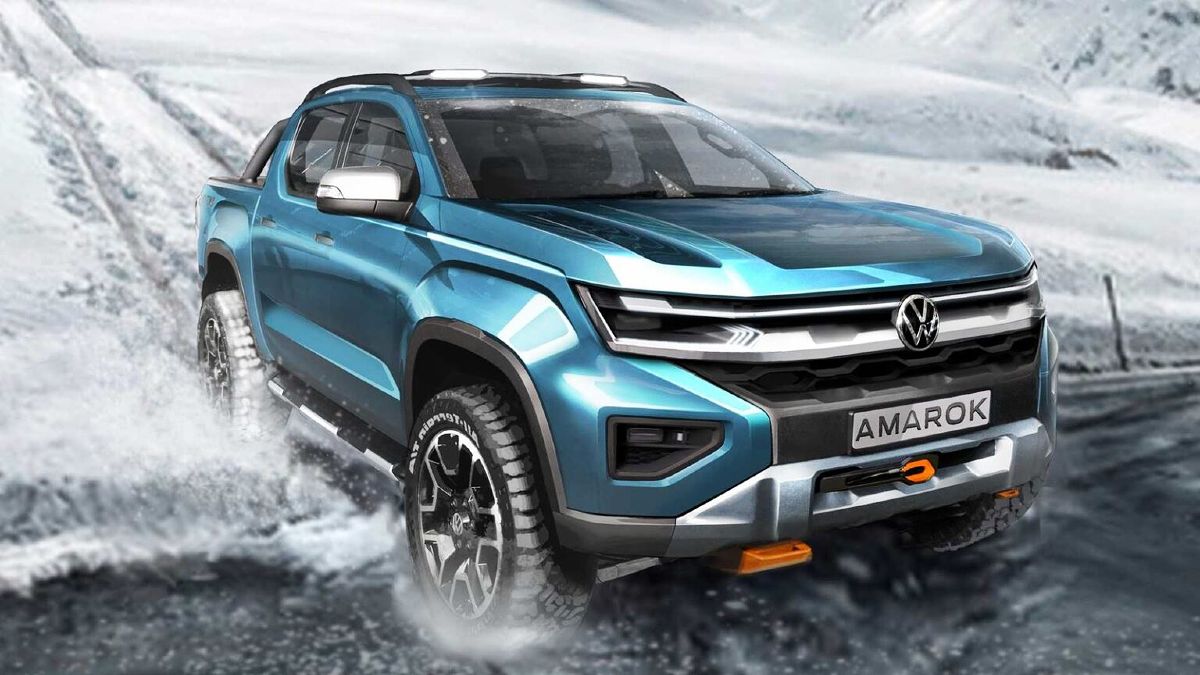 The Ranger that became an Amarok

Home
Wheel life
The Ranger that became an Amarok

FORD has just revealed the global version of its redesigned Ranger which is due on sale in the US next year as a 2023 model.

But in a Ripley’s Believe it or Not moment, its updated T6 body-on-frame platform will also be the basis for a redesigned Volkswagen Amarok set for debut in 2022.

So the VW Amarok will be a Ford Ranger under the skin?

So will the vehicles be built in Detroit, or Wolfsburg?

Neither. They’ll come from South Africa. Some, maybe, from Wayne, Michigan.

VW has provided some revealing teaser sketches and the teasers suggest the new Amarok won’t be a simple case of badge engineering.

It appears the pair of utes will only feature common designs for the doors.

Unique to both models will be the mudguard designs and headlight and grille treatments, as evidenced by the teasers.

The interiors will also be unique to both models, though it looks like the new Amarok will have a portrait-style infotainment screen just like the new Ranger.

Powertrains should be shared across both vehicles, which means turbocharged inline-four and V6 options, including diesels in some markets.

Expect a 6- or 7-speed manual to be standard and a 10-speed automatic to be available.

Ford will build the Amarok for VW at a plant in South Africa, with the vehicle so far only confirmed for the South American, European and African markets — though both Ford and VW have left the door open to them possibly being sold in the US.

That would mean the Amarok would need to be built in the US to avoid the 25 per cent Chicken Tax.

It’s a tariff on light commercials imported to the US, imposed in retaliation for European tariffs on American chicken imports.

It was imposed in 1964 in an executive order by President Lyndon Johnson.

Current talk is the Amarok for the US market will be built at the same plant in Michigan where the Ranger is built.

Custom Skylark a thing of beauty

It makes sense, but what will the folk in Wolfsburg think of a VW with a ‘Made in the USA’ badge on it?

It seems it was a quiet business deal, since Ford earlier this year launched a small Tourneo van in some overseas markets, based on VW’s latest Caddy.

Ford will use the platform for one or more EVs to be sold in Europe, the first of which, a compact crossover, is due in 2023.

No mention yet when the Ranger-based Amarok is heading for Australia.