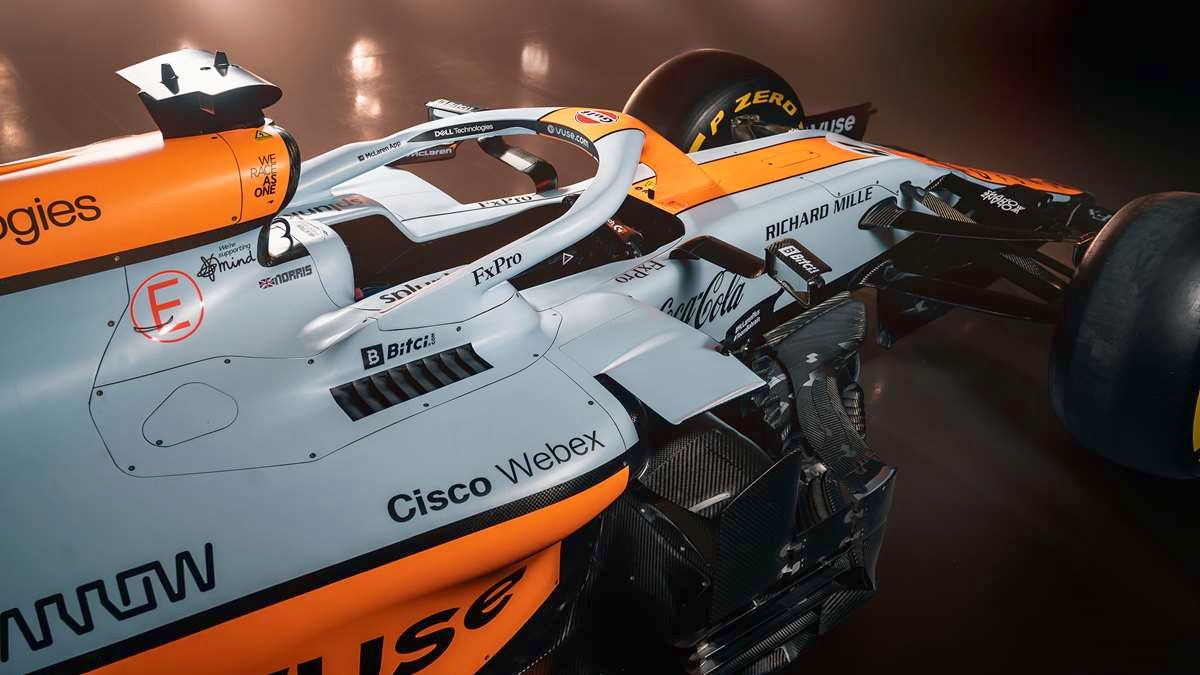 The good oil on McLaren

McLAREN Racing and Gulf Oil International have unveiled a special paint job for the Monaco Grand Prix, celebrating one of the most recognisable motorsport liveries of all time.

Best known as a Porsche 917 livery in the 1960s, the cars used by Steve McQueen in the 1971 movie Le Mans, the Gulf racing blue and fluoro-orange scheme was used by McLaren for the Le Mans 24 Hours in 1997.

Gulf was a sponsor of Bruce McLaren in CanAm from 1968, although the cars ran in that era in papaya orange.

Gulf became a strategic partner of McLaren in July 2020.

The Gulf livery will be featured on both McLarens at Monaco and Lando Norris and Daniel Ricciardo will wear Gulf-branded overalls and the race team kit will also reflect the livery change.

The team says a key feature of the one-off livery is to sell a bespoke range of limited-edition merchandise, inspired by the design, which is available from the McLaren online store.

“We’re enormous fans of brave and bold design, and the striking Gulf blue is among the most loved liveries in racing, a celebrated piece of culture which transcends the world of motorsport.

“Design has always been important to McLaren. You see this in everything we do from our return to papaya to our headquarters, the McLaren Technology Centre.

“We’re excited to exhibit this as a team and celebrate our proud association with Gulf in Monaco.”

Formula 1 teams are supposed to keep the same liveries throughout a season, and there is a rule in the FIA Sporting Regulations that “both cars entered by a competitor must be presented in substantially the same livery at each event, any change to this livery during a Championship season may only be made with the agreement of the Formula 1 Commission.”

This rule, which dates back many years, is logical to give a professional and easy-to-understand field for fans.

There are occasional examples of livery changes, usually for special occasions, with Ferrari running a special burgundy red scheme last year at Mugello to celebrate its 1000th Grand Prix, while Mercedes changed its livery to celebrate the company’s 125th anniversary of involvement in motorsport at the German Grand Prix in 2019.

“To see the reaction of both Lando and Daniel as well as the whole McLaren team to this livery has been really special and we are thrilled to unveil it to motorsport fans around the world,” Gulf Oil’s Mike Jones said.