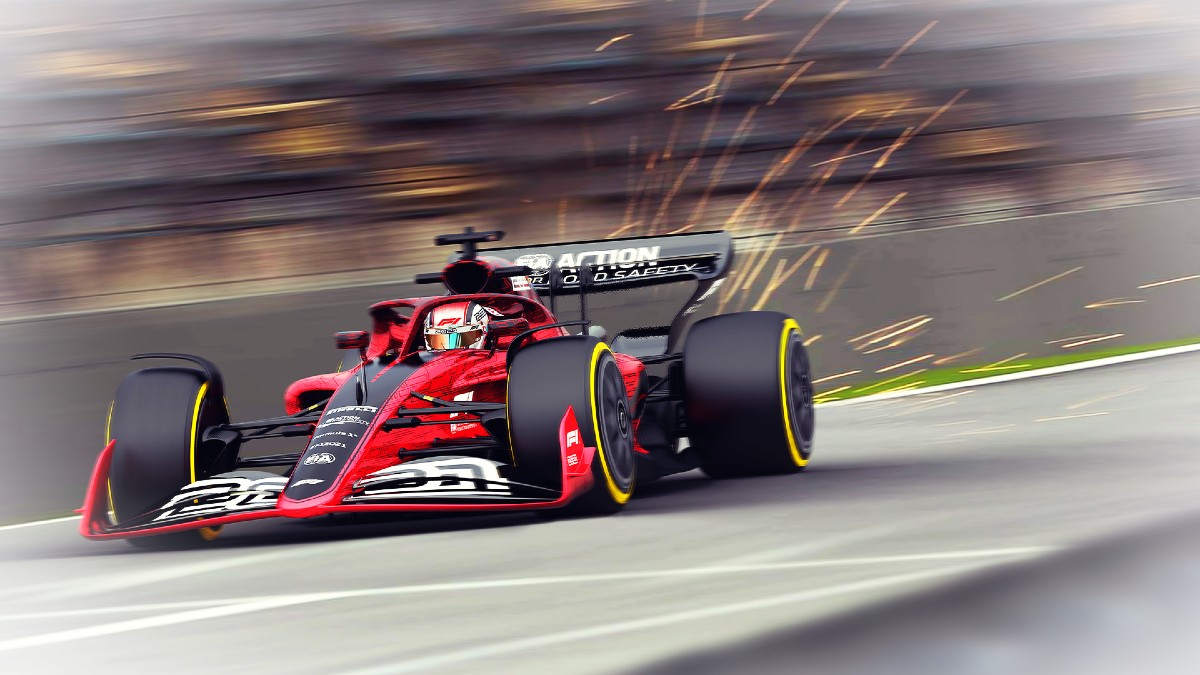 With less than two weeks to the start of the Formula 1 season, fans will have to get used to seeing and remembering who’s who — with all 10 teams showing their cars and new liveries for the first time.

The action gets underway with the Bahrain Grand Prix on March 28.

Fox Sports has ranked the teams in order of appearance and says the sole disappointment of all the cars for this season was Ferrari.

It was the final team to reveal its car, “and it’s safe to say it was a big anticlimax,” it says.

“Your eyes are immediately drawn to the lime green logo on the engine cover, with suggestions that someone vomited on the back of car seconds before the reveal as yet unconfirmed.

“We know everyone took a hit financially during the pandemic, but whatever Mission Minnow paid Ferrari for that was not enough.”

As for Haas, if you asked a four-year-old to colour in a cigarette packet from the 1960s, presumably you’d get this 2021 Haas challenger.

It’s basic and a far cry from the stunning black and gold offering of two years ago. Hopefully Mick Schumacher can make it drive a lot better than his designers have made it look.

Alfa Romeo has stuck with what it knows.

The new car is a very similar design to last season, much like driver Kimi Raikkonen — with no frills.

However, unlike Raikkonen, it’s just a bit dull. It certainly won’t be drawing too many adoring eyes when it rolls out in Bahrain.

For a team which was renamed after a clothing brand and has the word ‘fashion’ emblazoned along the front of the car, the AlphTauri is anything but.

It’s been nice to see a change up in the livery from the Toro Rosso days, but this AlphaTauri design just feels like someone has forgot to colour it in a bit more.

At McLaren, Daniel Ricciardo will have to get used to all things ‘papaya’ this year in the very-similar-if-not-totally-the-same-design-as-2020.

At least he’s got another cool helmet poking out of the top of it this year.

Red Bull has a classic design. It might be boring to some having the same thing year after year, so why change a winning formula?

This might be as high as Williams will finish this year, but it’s well deserved.

File it under ‘A for effort’, with a nice change up from what backed up the rear of the field last year.

The back of the car is a very cool design but it is let down by the front of the car being a bit basic.

This is probably where inserting the meme of the horse which is really well drawn at the back — but a disaster at the front — could be used effectively.

Well this is one way to introduce yourself! There is a big gap between the top three and everyone else but this is a very strong debut podium for the team formerly known as Renault.

Gone is the black and yellow and in its place is a car that immediately places you on a mountain top in the French Alps with a hot chocolate in hand and a crisp breeze in your face.

Mercedes would have been number one in any other year and the more we look at it, the closer it is to getting number one this year as well.

It looks like something the 13-year-old us, firing up Need for Speed on PlayStation for the first time, would design on a souped-up Mitsubishi Lancer.

Only this is a Mercedes Formula 1 car and therefore it works perfectly.

Hopefully the fluorescent teal looks just as impressive under the lights at the night races.

It’s been 61 years, but Aston Martin’s design has been worth the wait.

Is there a better sight in motorsport than seeing an Aston Martin draped in British racing green flying around a Formula 1 track?

It’s classic, it’s sophisticated, it’s smart and it’s everything you’d expect from a manufacturer who counts James Bond among its highest-profile customers.