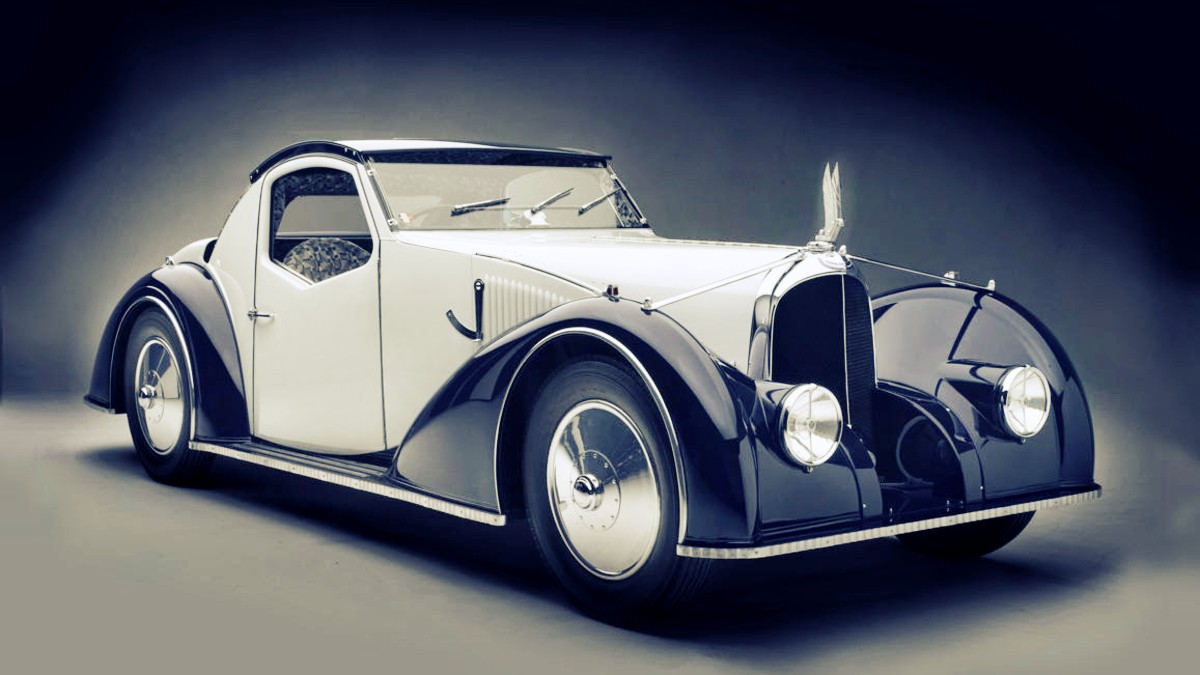 The car that thought it was a plane

Home
Wheel life
The car that thought it was a plane

Part plane, part car, the art deco Voisin C-27 Aérosport was one of the most sophisticated and beautiful cars of its day .

And, in a rare appearance, it will be the star of the show at this year’s Concours of Elegance in the UK.

Taking place from September 3-5 at Hampton Court Palace, the event is renowned as one of the top three concours d’elegance events in the world for the quality of exhibits it attracts, including this Voisin which has never been showcased before in the UK.

The 1935 Aerosport was designed and built by one of the greatest geniuses of the 20th Century, Gabriel Voisin.

It exhibits many traits of Voisin’s aviation background.

At the turn of the 20th Century, it was Voisin who arguably achieved just as much for aeronautics as the Wright Brothers.

A plane of his design was the first to fly more than one kilometre under official observation and another was the first to travel from one planned point to another — just over 27km from Buoy to Reims in 1908.

Following World War I, Voisin turned his attention to automobiles, creating some of the most advanced and beautiful cars ever built.

Most were built and bodied in-house, with his dedication to producing stunning lightweight bodies rarely entrusted to coachbuilders, as many manufacturers did at the time.

Equally, a Voisin automobile was traditionally bodied in aluminium to ensure it was as light as possible – a decision that ironically led to many being scrapped during the Second World War when aluminium was in short supply.

The body of the Aerosport is itself beautifully aerodynamic, with a low-slung coupé roofline, beautiful aluminium accents and intricate pentagon windows.

The roof itself slides backward at the flick of a switch using a complex mechanism powered by its own separate engine.

When stowed, it sits neatly in the passenger compartment.

The interior is finished in a striking black and white geometric pattern, able to accommodate passengers and their luggage in absolute comfort.

The powertrain was equally innovative, using a 3.0-litre engine with a set up known as Knight sleeve-valves.

Producing 104bhp or 78kW of power, this engine used moving sleeves around the pistons rather than traditional valves.

It produced a quieter and smoother drive, but the downside was that it burned more oil, creating a cloud of exhaust smoke.

The gearbox is an ingenious electromagnetic manual design, with four speeds – including two overdrive gears – and reverse.

A lever in the cabin allows the driver to change gears without using the clutch should they wish.

As well as the Voisin, this year’s Concours will feature a collection of 95 British cars gathered to celebrate The Queen’s 95th birthday plus a 30UNDER30 Concours aimed at inspiring the next-generation of classic car enthusiasts.