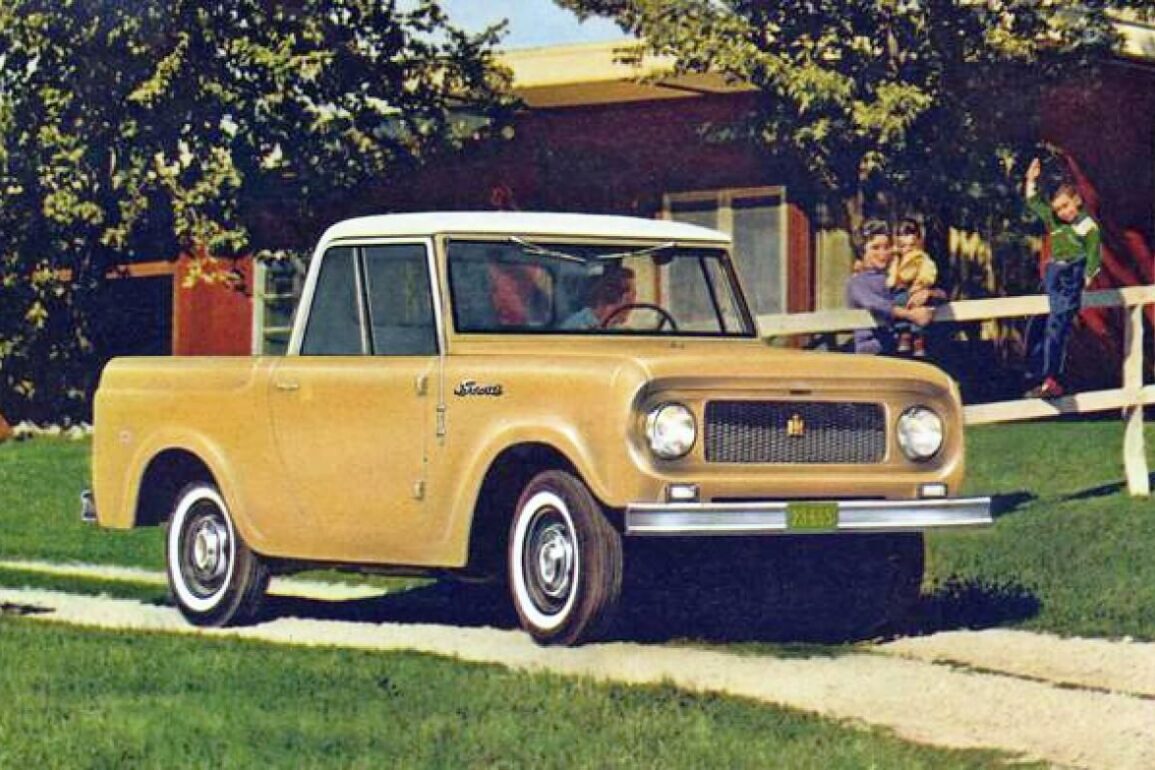 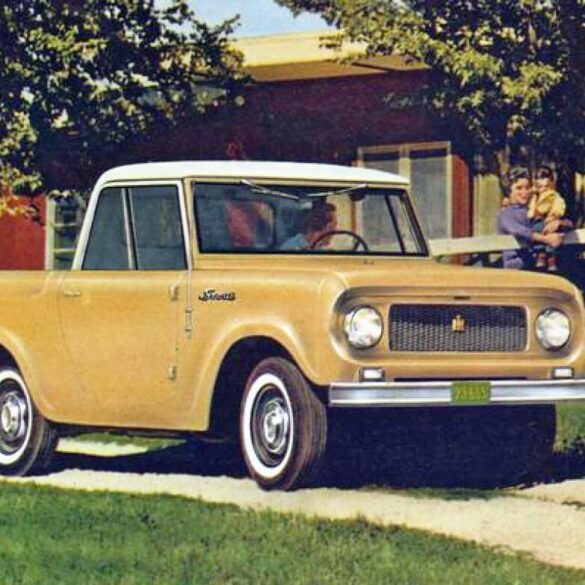 The brief was simple: replace the horse

How’s this for a product planning brief: “Replace the horse”.

Huh? That’s what International Harvester (IH) designer Ted Ornas was tasked with achieving back in 1958 when his bosses decided to “out-Jeep” Jeep.

IH’s market research, which was probably no more than an good guess, had concluded there was a market for a basic, inexpensive, go-anywhere farm and off-road vehicle that had a bit more style and a sliver more comfort than the Willys CJ-5 Jeep, Land Rover and Toyota FJ25/40.

The project was given the code name “Scout” and, with the addition of the number “80”, that designation stuck with the vehicle all the way into showrooms.

The others had a more powerful IH-developed four cylinder engine, boasting a 152 cubic inches/2.5 litre capacity and 94 horsepower (70kW).

The IH four was literally half of IH’s 304 cubic inch/5.0-litre V8, which was used as a stationary engine and in IH’s trucks and truck-based Travelall wagon until the 1980s.

The IH engine got the green light, as did Omas’s simple, flat-sided design with slightly rounded edges, which he’d first drawn on scrap paper at his kitchen table.

The Scout 80 was a real surprise for the motoring media and car buyers when it was released in November, 1960.

It was the most car-like vehicle ever produced by the Chicago-based maker of trucks and farm machinery, with a history that dated back to the middle of the 19th century.

It came in a 4X2 configuration and a more expensive 4X4 version, with two doors only.

The wheelbase was a tight 100 inch/2540mm and it had leaf springs and drum brakes all round.

“Comfort” items included sliding side windows, a fold-down windshield, vacuum wiper fixed at the top of the windscreen and two front seats.

The doors were frameless and removable.

Back seats were available, at extra cost.

The reaction of customers was positive and immediate.

Most of the initial production was focused on the two-wheel-drive pickup version, because this is what IH managers predicted buyers would want.

Demand was strongest for the 4X4 and IH soon realised that their little Scout was not only competing strongly against Jeep’s models, but was also taking sales from everyone else — particularly in rural areas.

The Scout gained a reputation for strength and go-anywhere capabilities.

It had, in many ways, lived up to its design brief to “replace the horse”.

By the end of 1962, IH had sold 35,000 Scouts, easily outselling any other IH vehicle in the company’s history.

That was not many when compared to the Big Three in Detroit, but for IH this was a bonanza.

To celebrate the milestone, IH released a special edition called the Red Carpet.

Resplendent in pearlescent white paint, a red interior and red carpet — only 3000 (3400, some say) were produced.

First: buyers expressed desire for a higher level of trim, equipment and power.

A sequence of special models followed the Red Carpet, starting with the Champagne in 1965. It was a Red Carpet with different colours.

From 1965 onwards the Scout came with wind up windows and a better heating system.

The Scout’s early success was noticed, especially by Ford. In 1963, they started work on their version, the look-a-like Bronco. Released in 1966, it went on to be a sales success.

The 1966 model year marked the introduction of a face-lifted and improved Scout, called the Scout 800.

The 1977 Scout SSII was a stripped back “sports” model, designed to compete with a revitalised Jeep, which its advertising called a “sports utility vehicle.”

But IH had two problems.

In the late 1970s the Scout was showing the engineering weaknesses of a vehicle designed two decades earlier.

At some point it would need major re-engineering in order to fight off the surging sales of Jeep, Ford’s Bronco and GM’s twins — the Chevrolet Blazer and GMC Jimmy.

The second problem was that IH’s agricultural products were not delivering the profits they once did.

By 1979 IH was running short of cash and costs were being slashed.

A six month strike at IH’s factory did not help matters.

Unfortunately, the Scout was part of the cost cutting program.

The last one rolled off the production line in October, 1980.

Scouts began selling in Australia not long after they first appeared in the USA.

The simple layout meant conversion to RHD was uncomplicated.

Even as late as April, 1980, advertisements were still being place by IH Australia.

The Scout has a loyal and large fan base here and in the USA.