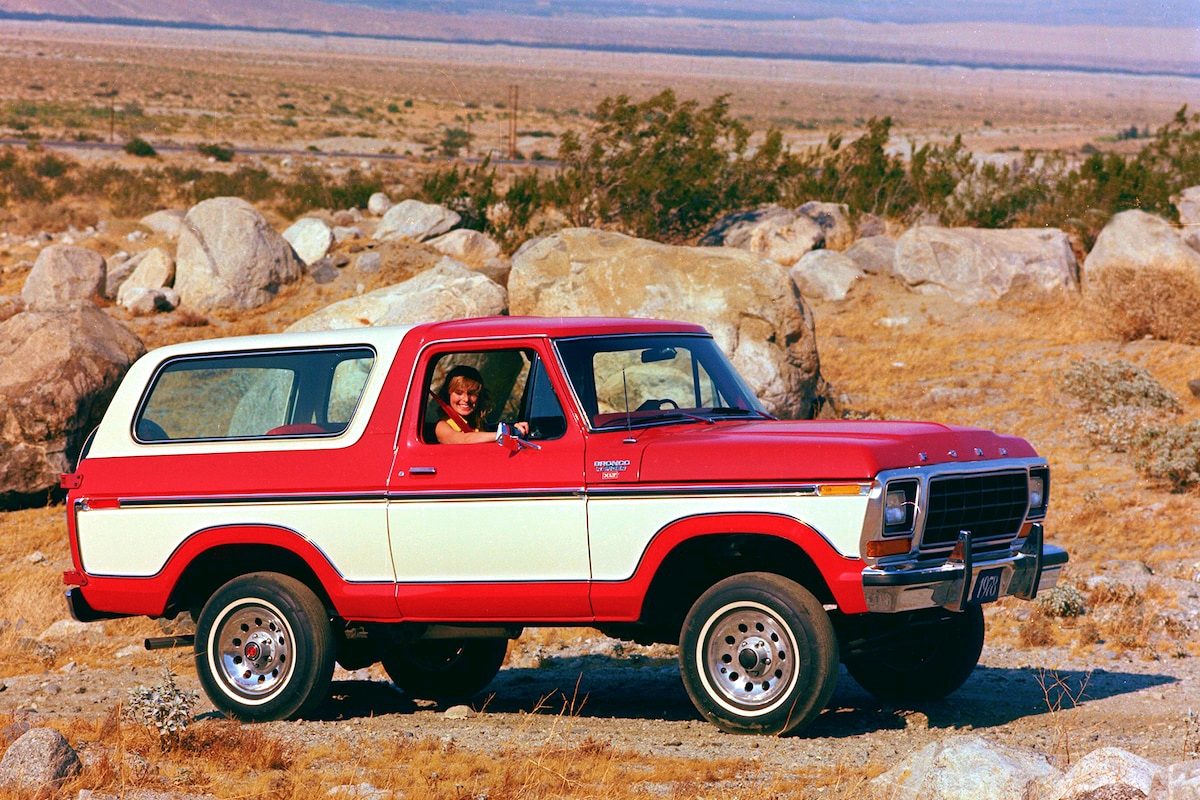 It’s official — the Ford Bronco is back!

And all will be equipped with 4×4.

Ford will reveal the all-new models on July 13, across Disney network channels National Geographic, ESPN and ABC – as the Bronco reservation system opens.

Ford says every Bronco is engineered to deliver thrilling and confident off-road experiences that build on the original 1966 Bronco DNA and racing heritage, with ingenious new updatable technologies and adventure-ready attributes created with today’s outdoor enthusiasts in mind.

“Like the original, the all-new Bronco family is engineered to take you to epic places, with capability to deliver confidence on any type of terrain.”

Bronco holds a special place in popular culture and has been featured in more than 1200 films and 200 songs.

Ford’s off-road SUV expertise can be traced back to World War II, when the company took part in a government competition to build rugged carry-all utilities for GIs in the battlefield.

Ford’s entry was called the GP, for General Purpose and more than 270,000 were built for Allied forces.

GIs returning home bought Army surplus GPs for work and play, but they were too small and uncomfortable for civilian life, according to Ford research from the early 1960s, so Ford developed a more refined, spacious, yet durable off-road vehicle to meet this need – the Bronco.

The original Bronco was nicknamed G.O.A.T. by Donald Frey, the Ford product manager who championed both Mustang and Bronco nameplates and challenged engineering teams to deliver “go anywhere roadability.”

As an agile, sports-oriented off-road 4×4, Ford dubbed the original 1966 Bronco “a completely new line of sports-utility vehicles” at its reveal in 1965 – the first reference to “SUVs” from an American manufacturer.

Bronco’s toughness and agility at high-speed enabled off-road racers like Rod Hall and Larry Minor to capture an overall win at the gruelling 1969 Baja 1000 – a victory that no other production 4×4 has replicated in 50 years.

Since Ford ended production in 1996, Bronco SUVs have continued to grow in popularity with collectors and enthusiasts.