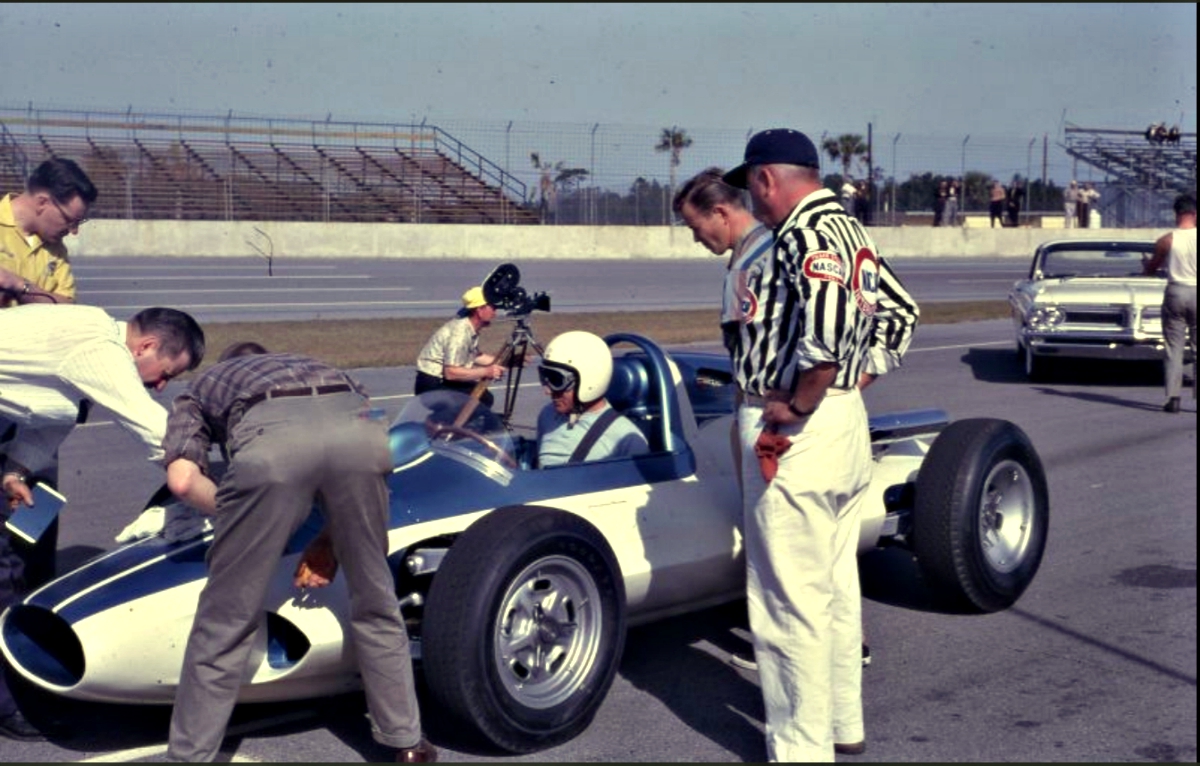 One of the least known but most important General Motors concept cars of the 1960s is the CERV 1 (Chevrolet Engineering Research Vehicle).

The CERV 1 has a very righteous heritage.

It was the brain child of GM’s Director of High Performance Vehicles and godfather of the Corvette, the legendary Zora Arkus-Duntov.

Duntov’s original idea was for the CERV 1 to be a test bed for new engine and suspension ideas for the 1963 Corvette.

He also had lofty ambitions for it be a single-seat racer, able to compete at the Indy 500, F1 and Pikes Peak.

This was an experimental car all the way.

The body is moulded in two layers of fibreglass.

The engine is a one-of-a-kind, 6.2-litre OHV aluminium V8 developed especially by Alcoa.

It’s combined with a four-speed manual transmission with lightweight clutch.

In 1960 the car was tested at the US Grand Prix at Riverside Raceway.

After a few engine swaps and tweaks Duntov put the car around the speed bowl at GM’s proving ground at staggering 330km/h.

Despite Duntov’s aspirations and constant lobbying, GM bosses were never comfortable with the racing idea and the CERV 1 was never developed beyond the test phase.

Meanwhile, Ford decided to team up with Lotus and dominated Formula 1 and Indy car racing.

Duntov saved the CERV 1 from the crusher and in 1972 it was given to a California car collector to look after.

It has been bought and sold privately ever since.

The CERV 1 stands alongside GM’s other iconic concepts — the Buick Y-Job, the LeSabre, and the turbine-powered Firebirds — as a significant landmark in GM’s experimental history.

CHECKOUT: The blue? Or was it green? Supersonic machine