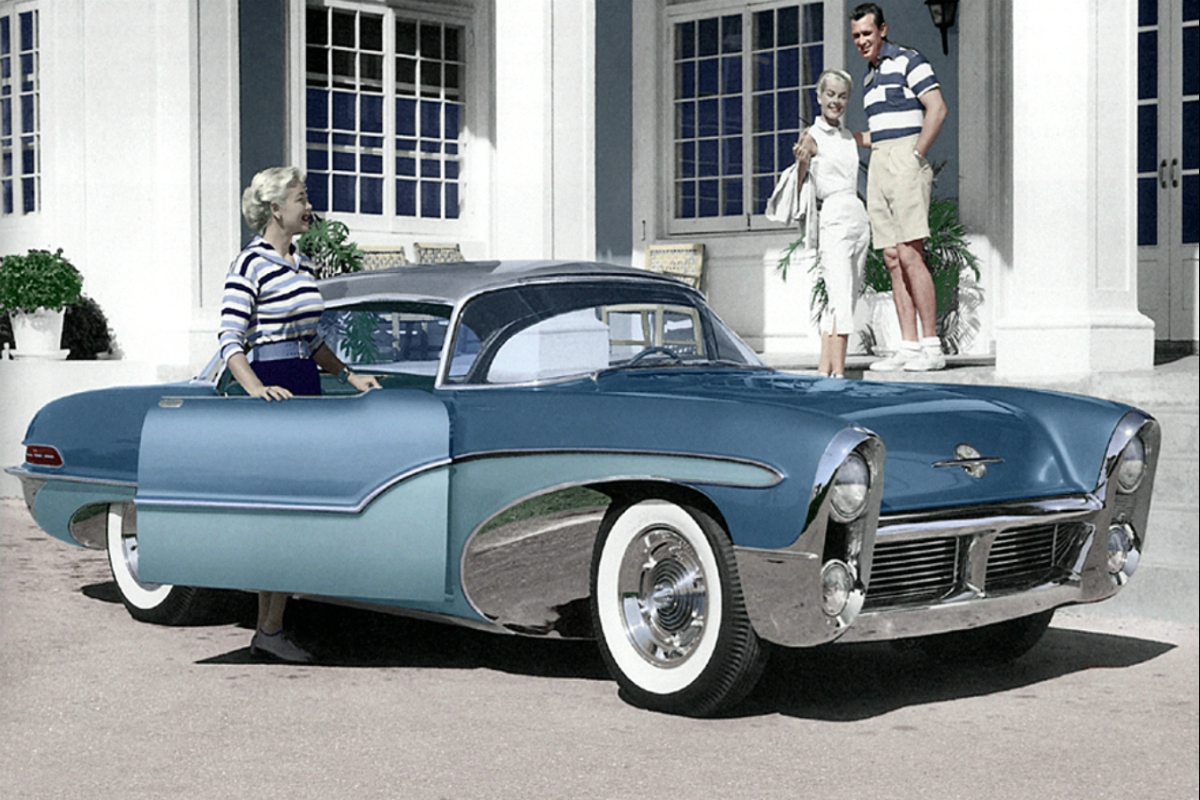 The blue? Or was it green? Supersonic machine

Home
Wheel life
Retro autos
The blue? Or was it green? Supersonic machine

This week we look at the Delta and Buick Wildcat in our sixth and final instalment on the dream cars of GM’s 1955 Motorama series of car shows in the United States.

The two-door coupe was painted in two tone blue (more on the car’s colour in a moment) and had a brushed aluminium roof.

Its belt line dropped at the front door and carried that line through to the rear pillar where it kicked up.

A long thin chrome trim strip ran back from the front fender and wrapped around the rear end to form the bumper bar.

The front bumper bar was integrated into the grille.

The window glass was tinted blue.

And yet, in GM’s files there are two images of the Delta 88 in green, with a green interior and green tinted glass.

Interestingly, the design guideline book used by the Oldsmobile studio to track the progress of the car’s development shows it to be blue.

I can find no explanation for this colour confusion, other than to surmise the car was initially given green livery and then changed prior to showing at the Motorama — so as not to clash with the Chevrolet Biscayne and Cadillac Eldorado Brougham, both of which were painted green.

Oldsmobile’s 324 cubic inch V8 “powered” the car, which was non-operational.

The colour honoured race car driver Jim Kimberley, who was very successful in the 1950s.

You know, as in Kleenex.

It was styled by Homer LaGassey and was supposed to have a retractable roof.

But it was never installed.

To facilitate the raising of the roof the entire rear of the car, including the upper half of the fenders, flipped back.

Sort of like an opposite of the 1959 Triumph Herald’s whose front end flipped forward.

If you look closely at the finished car in the pictures you can see the rear deck lid cut line running vertically above the apex of the wheel arch.

Many people thought it was a for small rear door with a hidden door handle.

The transmission was Buick’s DynaFlow automatic.

The interior was upholstered in Sovereign Red leather.

Buick’s 326 V8 sat under the bonnet, though once again, it was a non-operational car.

Both the Delta 88 and Wildcat III went to the crusher.