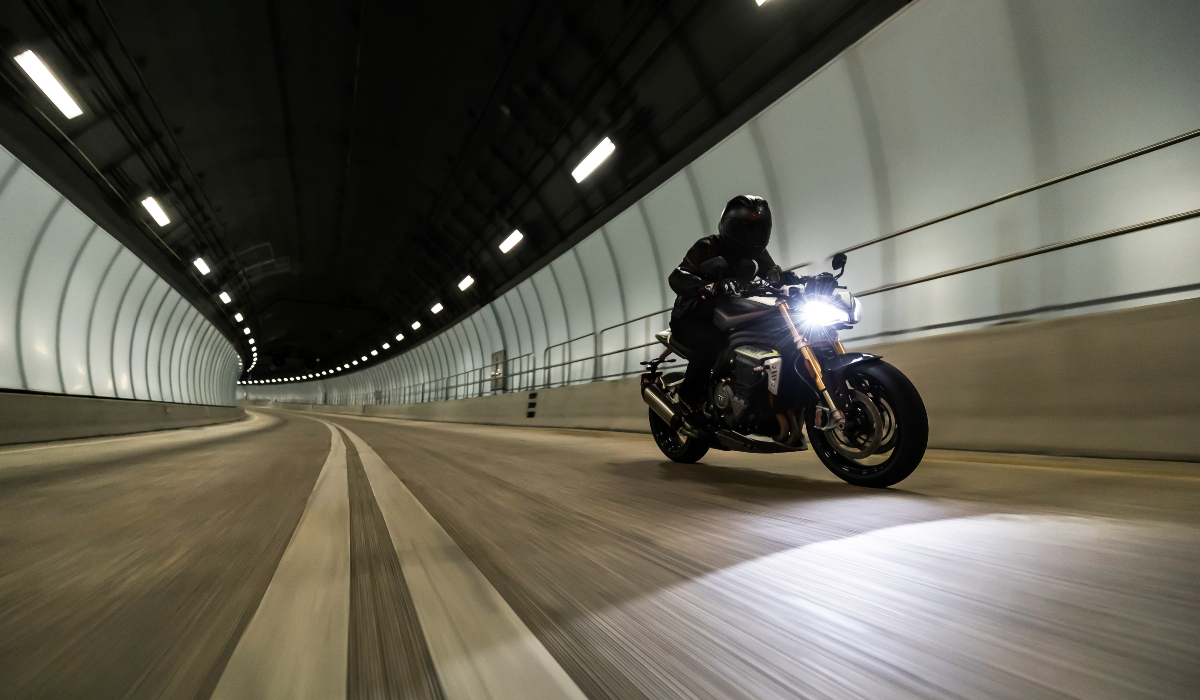 All-new in every dimension, the Triumph Speed Triple 1200 RS has been designed from the ground up to deliver a revolution in terms of power, performance, handling and technology — to deliver the ultimate performance naked sports ride.

The powertrain has been completely re-designed, with every element engineered for increased performance and reduced mass, making the new engine 7kg lighter.

The engine delivers significantly higher power and torque compared to the previous generation, making this the most powerful, torque-rich Speed Triple ever.

It revs harder, with 22kW more power and a red line now raised by 650 rpm to 11,150rpm, and maintains all of the incredible torque and character in the low and mid range that the Speed Triple has always been renowned for.

The outstanding performance of the new three cylinder engine, combined with the reduced weight of the all-new Speed Triple 1200 RS, delivers the highest power-to-weight ratio in the Speed Triple’s history, more than 25 per cent greater than the previous generation, and nearly double the original 1994 Speed Triple.

Thanks to the all-new free-breathing intake and exhaust system, the new Speed Triple 1200 RS is also the best sounding Speed Triple ever produced, with a visceral intake roar and characteristic triple exhaust howl.

Thanks to 12 per cent less powertrain inertia, the engine also picks up quicker, feels sharper, and sounds sharper still.

There is a new lighter weight slip and assist clutch which uses state-of-the-art friction compound to reduce the number of clutch plates, minimising mass and improving clutch feel, while maximising control during high speed downshifting.

Combined with a completely new, and more compact, stacked 6-speed gearbox, gear changes are significantly smoother than the previous generation, with an optimised ratio progression.

Performance is further enhanced by the new ignition system, with twin tip spark plugs for increased durability at high engine speeds as well as by a reduced weight of the cooling system, neatly packaged with an integrated oil circuit heat exchanger.

Lighter by 10kg and with an all-new lightweight chassis, all new rider ergonomics and a more dominant and purposeful riding position, the new Speed Triple 1200 RS is nothing less than a handling revolution.

All of these improvements combine to deliver a new Speed Triple 1200 RS that’s been designed to feel as agile and dynamic to ride as a Street Triple RS.

CHECKOUT: Moto Guzzi celebrates a century in the biz

CHECKOUT: Monster on the loose