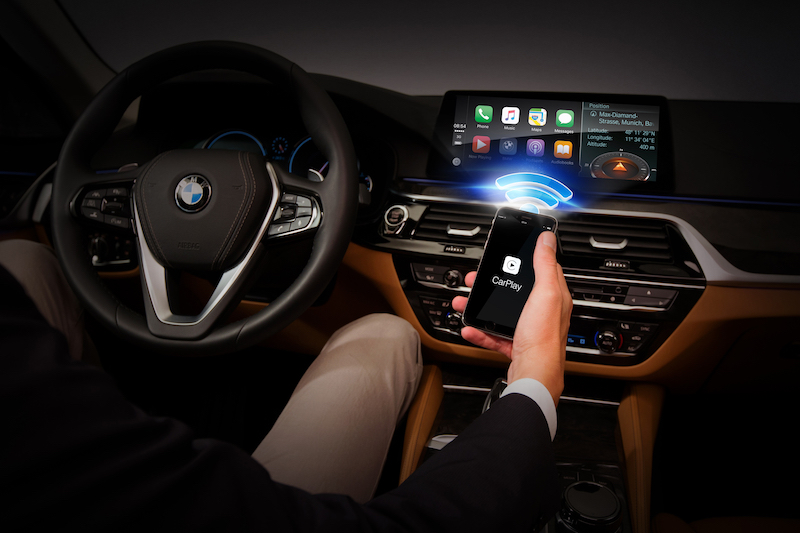 Maybe it’s because I’m not part of the Apple universe.

But BMW’s plan to charge for on-going access to Siri and the in-car Apple CarPlay system seems a bit steep.

If it’s anything like Android Auto, it’s 80 per cent hype, 10 per cent irritating and only 10 per cent occasionally useful.

The only really useful purpose we’ve found for having it in your car is to display Google Maps or its cousin Waze on the car’s touchscreen, if it doesn’t happen to have satellite navigation.

Apple used to rely on Google Maps for navigation too, but switched to Apple Maps in 2012 — the system it now displays.

CarPlay also brings with it Siri voice control which is specially designed for the driving envionment.

To activate Siri, just press the voice control button on the steering wheel, or use the touchscreen if it doesn’t have one.

So, that just leaves satnav, but here’s the punchline . . .

Your shiny new Beemer needs satellite navigation before you can add CarPlay, for which the company currently charges $623 for vehicles subject to luxury car tax, or $479 if the car is under the threshold — that covers a three-year subscription.

In future, however, the mothership has announced plans to charge US$80 a year for on-going access to CarPlay.

It’s liable to be twice that here, which in the current scenario equates to about four year’s worth of access.

The local office is still looking into it.

So what, you might say. Who keeps their Beemer that long anyway?

Sounds like BMW is just passing on the cost of whatever Apple charges to license the software.

BMW for its part reckons the latest version of iDrive is good enough by itself that many customers don’t see any real need to option CarPlay.

We should also point out that CarPlay works wirelessly in Beemers, unlike other cars where the phone needs to be cabled up.

At this point in time BMW does not support Android Auto and reportedly has no plans to do so, which must be a sore point with customers in a market where Android is dominant.

The difference is Night and day

We don’t care much for either program but it’s not going to cost you a brass razoo, if you don’t want it.

We’ve often written that CarPlay and Android Auto are overrated, often replicating technology that is already available in the car.

There is the fact that many manufacturers provide both CarPlay and Android at no cost.

However, some manufacturers use these systems as a convenient excuse for not supplying satellite navigation, even in their top of the range models, where you’d think it was a given?

Has anyone else found a useful purpose for CarPlay or Android Auto that we’ve overlooked, that could be a deal breaker if it wasn’t present?

CHECKOUT: BMW ‘trumps’ locals as biggest US exporter of cars