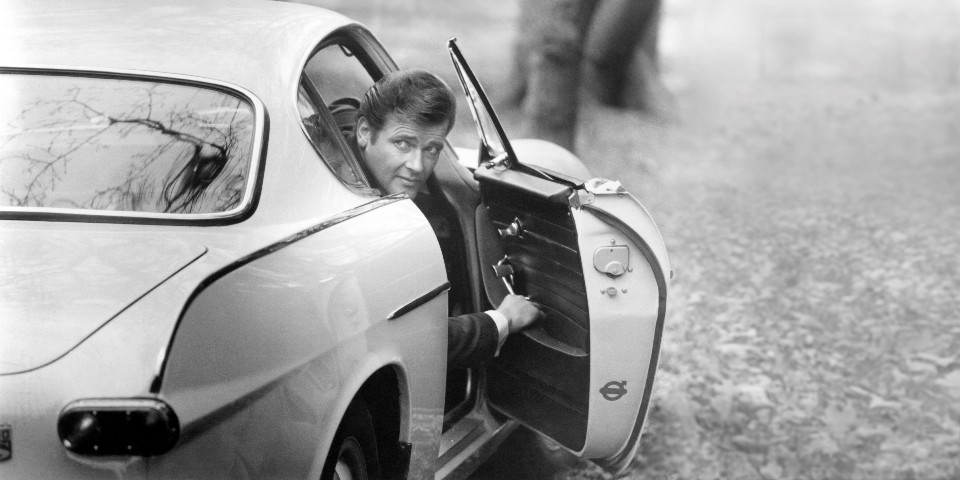 Showtime for The Saint’s show car

Fans of the 1960s TV show The Saint should get their bums on a plane to Germany for the Techno-Classica show later this month.

That’s because Volvo will be for the first time be displaying the P1800 Coupe driven by the late Roger Moore which became his personal car.

The back story to this is noteworthy because the Volvo wasn’t the producer’s first choice for Moore who played the dashing spy, cum-playboy Simon Templar.

The car gained legendary status as a result of its appearances and, even to this day, is known as ‘‘The Saint’s car.’’

The P1800 made its first public appearance at Brussels Motor Show in January, 1960 and stayed in production until 1973.

It was based on the floorpan of the Volvo 121/122S, but it had a shorter wheelbase. It was initially called the Volvo Sport, but later became known as the P1800.

Production of the new sports car which had Italian styling began in 1961. Moore’s car was built at the Volvo Torslanda plant in Sweden in November 1966.

The 1800 S in Pearl White is equipped with Mini-Lite wheels with the rare original ‘truncated’ spoke design, Hella fog lamps and a Volvo wooden steering wheel.

Inside, the car still has details from the filming of The Saint, such as a thermometer on the dashboard and a separate interior fan, used to cool the actors during studio filming.

Moore signed the registration papers two weeks later and they have followed the car since.

In The Saint, the car sported the famous ‘ST 1’ plates and made its debut in the episode ‘A Double in Diamonds’, filmed in February 1967.

Several owners followed and in the early 2000s the car was rescued and carefully restored to near-original condition.

The Saint was a character created by author Leslie Charteris in the 1920s that spawned a series of books, films and later the popular ITC television show.

Roger Moore had apparently earlier tried to buy the production rights to the Saint books himself, and was delighted to be able to play the part.

Younger version of yours truly in action

The show aired for 118 episodes from October 1962 until February 1969 and enjoyed great success in the UK and the USA, and was later syndicated in more than 80 countries.

Moore went on to produce and direct several episodes himself when the series moved into colour in 1967.

The actor was reportedly offered the role of James Bond at least twice during the series, but turned it down both times due to his TV commitments.

It was not until 1973 that he finally succeeded Sean Connery as 007 in the film Live and Let Die.

Volvo had another crack at fame with the C70 coupe in the Val Kilmer remake of The Saint in 1997 — but with dismal results.

Max looked ‘Smart’ in his convertible