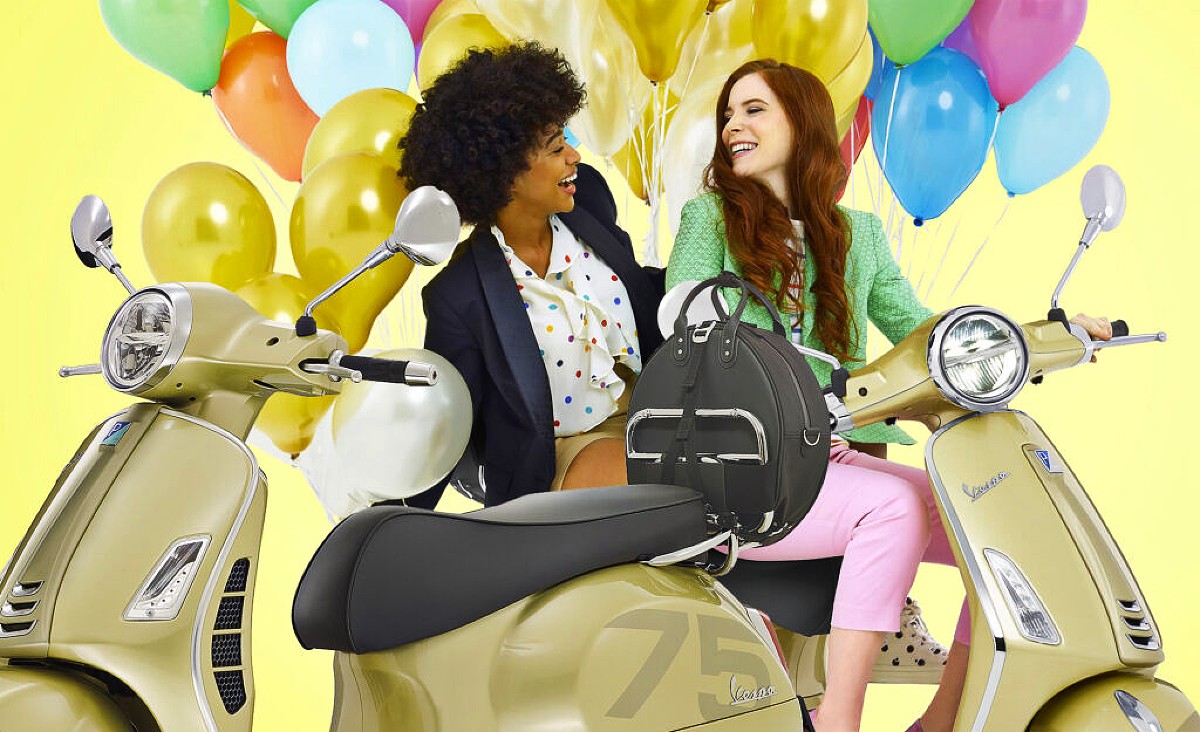 Scoot on in for Vespa’s 75th bash

Motor scooter maker Vespa is celebrating its 75th birthday and that milestone comes with some figures worth contemplating.

It was April 23, 1946 when Piaggio, founded in 1884, filed a patent for “a motorcycle featuring a rational elemental and organic complex combined with frame and fenders and an engine hood covering all mechanical parts.”

And so, the Vespa was born — a motorised scooter with a 98cc, two-stroke single-cylinder engine that was built in the Pontedera plant, in Tuscany.

Fast forward and since its beginning in 1946 the Italian brand has produced an extraordinary 19 million units.

The 19 millionth scooter was assembled in the Pontedera plant, where Vespa has been manufacturing uninterrupted since 1946.

Sold in 83 countries on every continent, Vespa is now the most famous and most loved two-wheeled vehicle in the world.

Vespa is constantly evolving, consistently on the cutting-edge of technology, with a unique style that transcends fashion and trends.

The brand is skilfully reinventing itself while remaining faithful to its original values —  just some of the reasons for a success that is measured in more than 1.8 million vehicles manufactured in the last 10 years.

Halfway through the first decade of the new millennia, annual Vespa production was around 50 thousand units and, since then, constant and spectacular growth took it an excess of 100 thousand in 2007 and 200 thousand from 2018.

Vespa is more of a global brand than ever, one of the best known “Made in Italy” products, a true citizen of the world that is manufactured out of three production sites:

For its 75th birthday, Vespa Australia introduces a special Vespa 75th series, available for Vespa Primavera 150cc and for Vespa GTS 300cc –and limited to 2021 production only.

The body of Vespa 75th takes on the brand new metallic Giallo 75th colour which, designed expressly for this series, reinterprets colours in a modern key that were all the rage in the forties.

The number 75 appears on the side panels and front mudguard in a more accentuated shade, creating an elegant tone-on-tone, as well on the front, where the traditional “necktie” is refined in a matte yellow pyrite colour.

In case you’re wondering, Lambretta was launched a year after Vespa, but went out of business in 1972.

Production finally ended in 1997 and SIL’s production now focuses  on the Vikram three-wheeler, powered by a Lambretta engine.