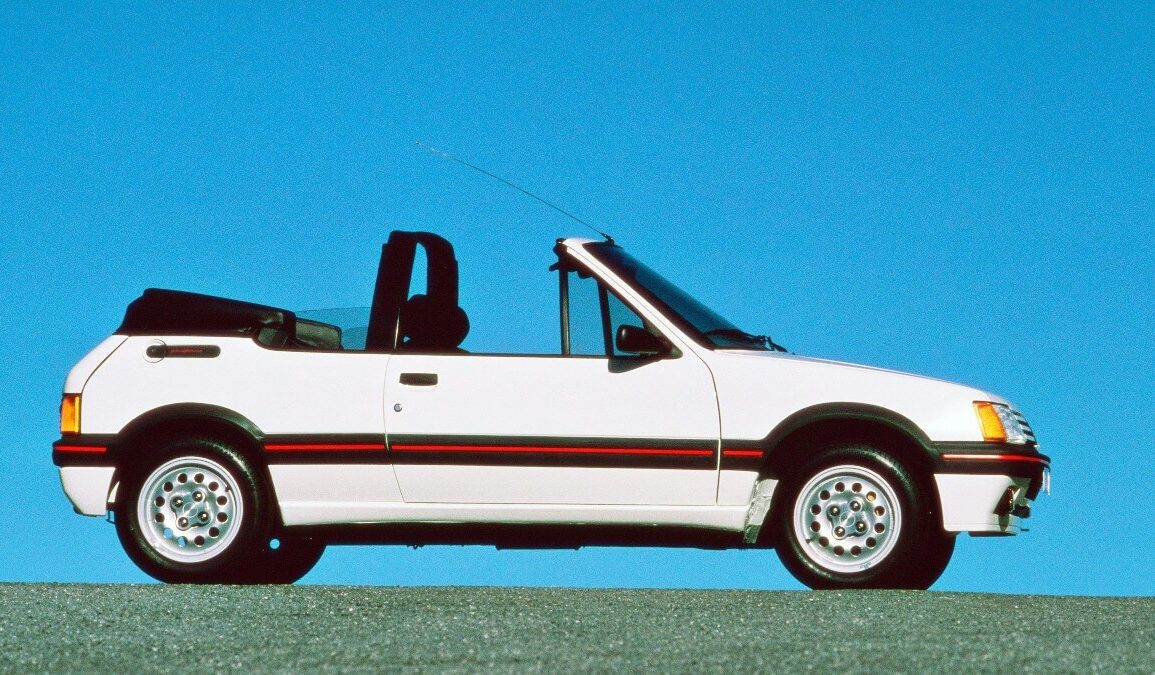 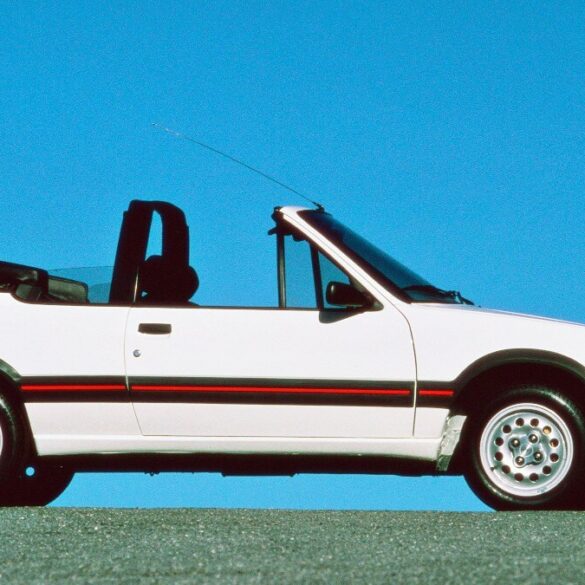 Last year, the average price of a second-hand car increased by 28 per cent, as a shortage of new models led to rising demand for older vehicles.

However, if you know where to look, drivers can enjoy some summer-ready roadsters that haven’t been impacted by such price hikes.

The Hagerty Valuation Team in the UK reveals it is still possible to find two-seat convertibles that have resisted the ravages of a heated car market.

It has identified a selection of recession-proof roadsters that, over the past two years, have not increased or decreased by any more than five per cent of their value.

Alfa Romeo’s iconic 105-series Spider is simply a beautiful sports car and good ones can be fantastic to drive too.

Series 1s are known as ‘boat tails’ and to most they’re top of the tree for desirability, while the Spider ran up to Series 4, which finally ended production in 1993.

John Mayhead, Editor of the Hagerty UK Price Guide, points out, values rose sharply between 2015 and 2019, and then levelled off.

There may never have been a car so gleeful of its own existence than the Frogeye Sprite.

The froggy face was the result of cost constraints requiring fixed, rather than the intended pop-up headlights.

They dipped a little after that but have since levelled out and have been particularly sought-after in the US.

Lamborghini’s Miura had popularised the mid-engined layout in road cars but with the X1/9, Fiat brought it to the masses.

Hagerty’s data suggests even the chaos of the last few years has only seen it drop by 5 per cent.

The best cars make $35K, and buyers really pay extra for the best – a Hagerty ‘Condition 2 (excellent) one is less than half the value of a concours example.

A development of the XK120 and XK140 before it, the XK150 represents perhaps the best value of the XK models, and as Hagerty’s John Mayhead puts it, ‘the drophead offers top-down motoring without the Roadster premium.’

Hagerty data shows values of the 3.4 have been steadily creeping up over the last few years and are showing no signs of abating.

Elegant and distinctive, the XK150 is British open-topped motoring at its best.

The R107 generation Mercedes-Benz SL’s image reversal has been striking to observe and for so long the R107 was considered rather uncool.

Yet the R107 has come full circle, and it’s a reversal that picked up in the 2010s when values began to rise.

But as John Mayhead points out: “This is a good thing: price stability usually means the market has found its level.”

Not so much a roadster as a hatchback with its top chopped off, you shouldn’t overlook convertible versions of the Peugeot 205, perhaps one of the greatest ever superminis.

Spare a thought for the last Impala

Hatch-based cabrios aren’t always easy on the eye but the 205 wears it well, roof up or down.

Hagerty Price Guide values the CTi at around half that of the GTi, despite steadily creeping up since it was first included in the guide in 2015.

Buy one now and you probably won’t be sitting on a goldmine, but slow movement means today probably isn’t your final chance to jump behind the wheel either.

The 968 is another car whose convertible version simply doesn’t have the same appeal for either collectors or drivers as its fixed-roof counterpart.

Yet as values of the coupé have consistently climbed, so too have the cabrios.

Luckily things haven’t accelerated as wildly in the UK, and a shade over $35,000 is enough for a 968 in excellent condition.

Cabrios tend to be a little less.

Griffiths, Tuscans and Cerberas are all brilliant in their own way, but the Chimaera, then as now, is the entry-level TVR, and it’s one that Hagerty reckons is undervalued, given the absolute best examples of the Chimaera 500 barely break the $35,000 mark.

They’ve been creeping up since being added to the Hagerty Price Guide in 2017, but at no great speed.

They were relatively affordable then and remain so now, so buy a good Chimaera now and your money is probably in a good place.

Hagerty Editor, James Mills, said: “Against a backdrop of rising used car prices, our research shows many desirable roadsters remain attainable, with values steady even amongst desirable brands such as Porsche and Mercedes-Benz.

“As with all collector cars, buying decisions should be made with the head as much as the heart, but choose any of these and open-top driving enjoyment is guaranteed.”