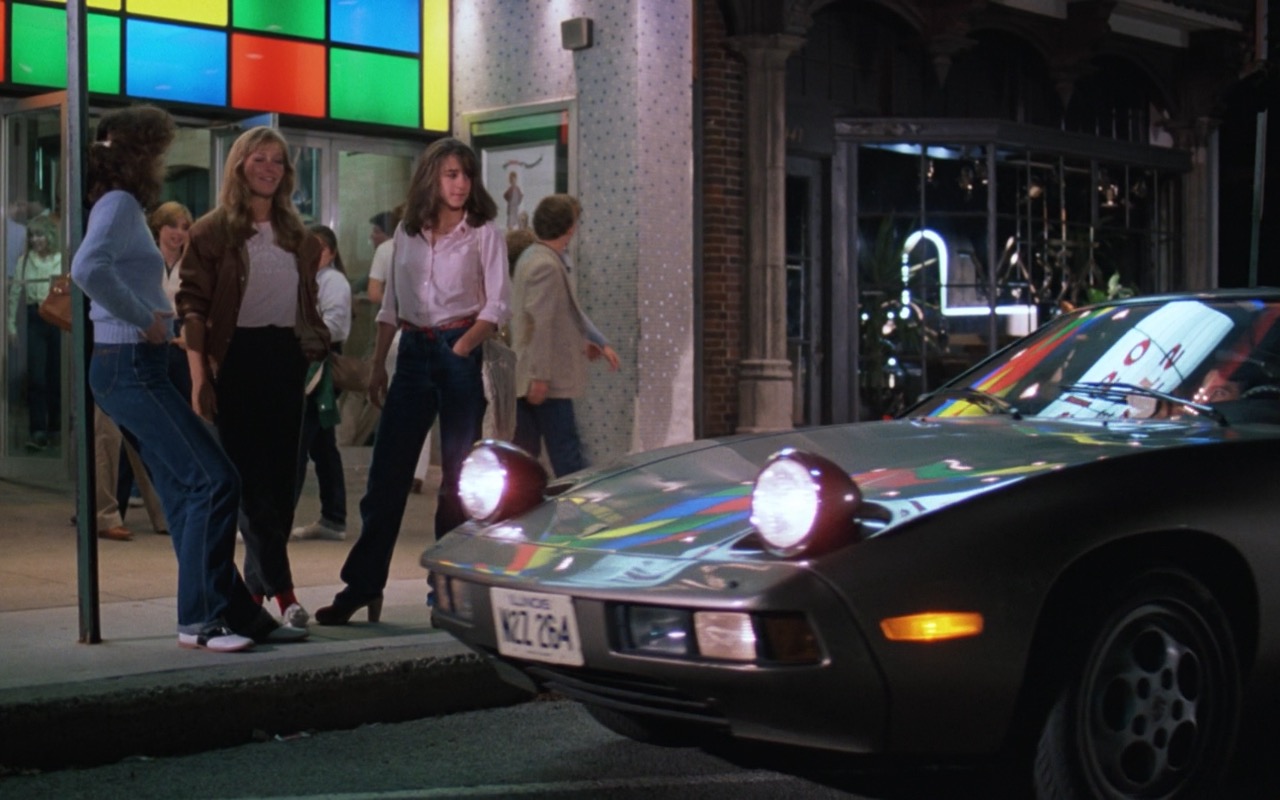 CARS used in Hollywood movies almost always soar in value if they end up at auction, but the Porsche 928 from Risky Business brought in a heck of a lot more than anyone expected.

It smashed through anyone’s top estimate and set a record paid at auction for any 928 — one of the unloveliest of Porsches.

Iconic cars of the 1980s are becoming scarce, but as Autoweek says: “We clearly missed the memo that Risky Business or Tom Cruise have become 40 times more popular since 2011.”

The 1979 Porsche was one of three identical cars that had been used during filming, but this particular one is said to be the ‘hero’ car, used in the majority of scenes and in the famous chase scene as well.

And it’s definitely not the one that received what we’ll call some water damage in the film.

The auction house said the car had been optioned in a white exterior colour from new, but was finished in gold for the film.

And it’s not the sole movie in which it took part: The Porsche was later the subject of its own documentary by Lewis Johnsen, titled The Quest for the RB928.

Barrett-Jackson notes that, in this documentary, producer John Avnet said he taught Cruise how to drive a manual transmission in this car (which I find hard to believe, since Cruise spent some time as a professional racing driver in the past).

The interior appears well-preserved since the car’s movie days, but we probably wouldn’t eat fast food in it — even if we owned it.

The auction house did not say who the buyer was, but there are lots of Porsche tragics out there who tend to accumulate rare Porsches, although this one’s value rests in its role in a popular film.

So perhaps this 928 was fought over by bidders who watched Risky Business as kids too many times.

The scene where Cruise dances in his underwear to Bob Seger’s Old Time Rock and Roll, with a bit of air guitar thrown in — is memorable.

Now they all have the money to buy this car and they all showed up to the auction.

So you think a flood of 928s will now hit the auction circuit?

Santa’s coming, but not with Cruz

There are seven for sale on Carsales in Australia right now, most of them 1982 models, and most priced at less than $100,000.

It’s true that 928 values have overall been rising over the past few years, with concours-grade examples and some of the better cars prompting higher prices paid by collectors looking for new cars in which to invest.

Porsche 928s were produced from 1977 to 1995, and marketed as a blend of sports and luxury motoring.

The engines were all big V8s, ranging in size from 4.5 to 5.4 litres with transmissions that were five-speed manual, then three-speed auto and finally five-speed auto.

The older the more valuable, and if you can find one that’s had some competition history, or was owned by a celebrity, and you have some film to prove it — even a bit of YouTube — well, you might get more for it than you imagined.

CHECKOUT: You’d have to be Mad or Max or both!