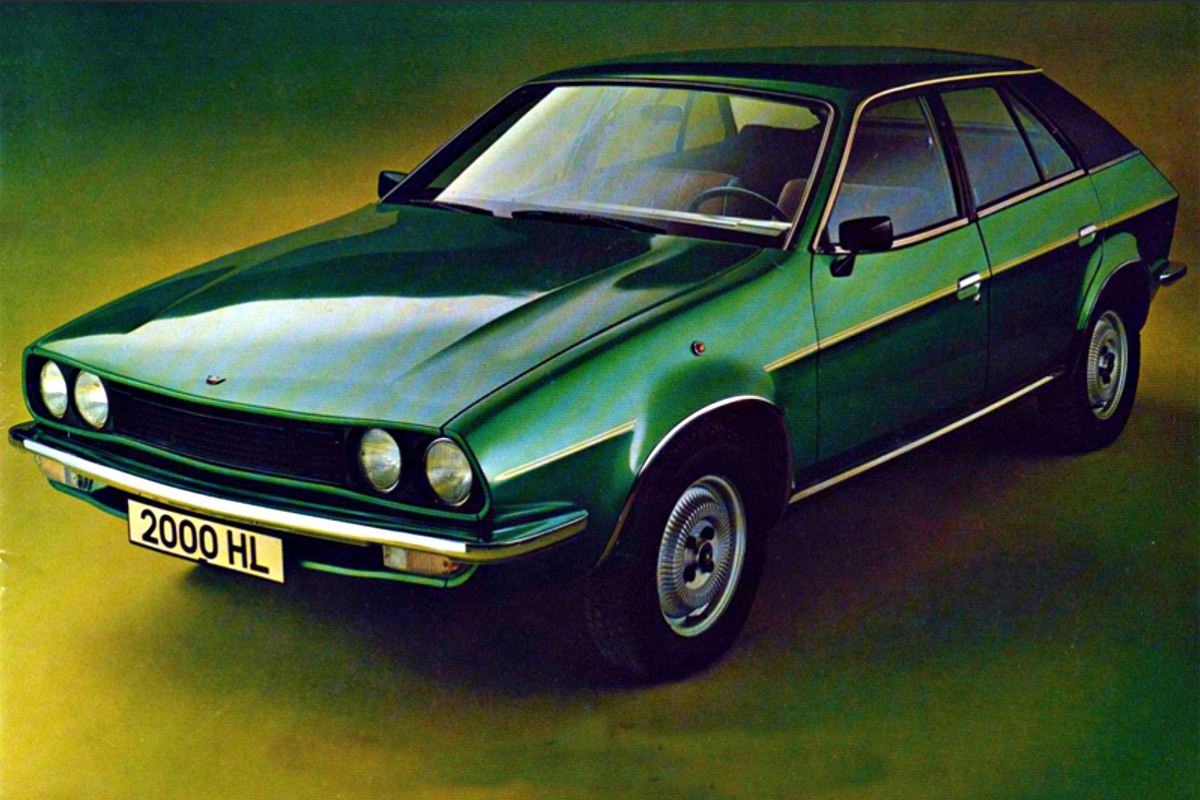 The distinctive wedge shaped, front wheel drive “18-22” was released in the UK in March 1975 by the British Leyland Motor Corporation (BLMC).

Coded “ADO18”, the 18-22 was the replacement for the venerable Austin/Morris/Wolseley 1800 and 2200 (the 2200 was a six cylinder version derived from the Australian 2.6-litre engine fitted to the Tasman/Kimberley twins).

It was launched in Morris, Austin and up market Wolseley variants. The 18-22 name reflected the two engine sizes. The Princess name came later.

There were high hopes at BLMC for the car. But its potential was never fully realised due to many factors — all of which were of BLMC’s making.

In 1975, BLMC was a financially failing company.

Sales might have been strong but it was not making any money because of a high cost structure.

It had an abysmal record of industrial turmoil and low quality.

It was also suffering from poor management who had neglected the vital work of product planning for the future.

This was not an environment conducive to sound decision making.

Badge engineering was a self inflicted injury the 18-22 had to overcome.

It was not as if badge engineering was the sole preserve of BLMC.

All the major car companies indulged in it and still do — it’s just that BLMC and its predecessors did it so openly and with scant finesse.

When it came to the 18-22, little effort was given to differentiating models.

The mid-level Austin was given trapezoidal headlights and a flat bonnet. Other than that, they were largely the same car.

The upmarket Wolseley looked like the Morris at the front, save for an illuminated grille badge — and buyers were restricted to a six cylinder engine.

If loyal Wolseley devotees wanted a four cylinder car, to replace their 18-85 model (an 1800 clone), they had to buy the less expensive Austin or Morris.

And get this, BLMC even advertised the cars together, using a front end image that further emphasised their similarities.

The marketing folk at the company decided the Austin-Morris would be advertised as “the car that’s got it all together.”

With the company’s poor reputation for quality, why anyone approved that campaign slogan is laughable. It simply invited ridicule.

Even so, the initial impression of the car was favourable with the media and buyers.

The wedge shape ensured it stood out. It was comfortable, handled well, had plenty of space and was keenly priced.

At the time it was perceived as the best car BLMC had ever built. A three-month waiting list developed — but the success did not last.

Quality issues, including suspension and driveline failures were national news and the model’s reputation did not really recover, despite slow improvements in quality over the next couple of years.

Adding to its woes was BLMC’s enforced conversion to a government-run organisation, now called British Leyland (BL), in September, 1975 along with a fast-tracked model rationalisation program.

This program caused the immediate renaming of the 18-22 to “Leyland Princess” —no Austin or Morris branding — and dropping of the Wolseley model.

That was the end of the line for the Wolseley name, which in the early 1900s was the sales leader in the UK.

The styling of the Princess was done by Harris Mann who had helped design the Marina and was responsible for the Allegro and the Triumph TR7.

The wedge shape he envisioned for the Princess (and used for the TR7) arose from the Zanda concept car that he had developed for UK motor shows in 1969.

At the same time, drawings of an exceptionally stylish five-door Zanda hatchback were released.

These became the basis of the Princess.

You could be forgiven for thinking that the 1974 VW Golf has styling similarities with the Zanda hatchback.

Harris’ original idea was for the ADO18 to be a hatchback. As a family car offering, he figured this would differentiate it from its natural competitors –the Ford Cortina and Vauxhall Victor/Ventora — and give it wide appeal.

He was right, it would have. But he lost that argument.

Management vetoed the idea because they thought it would steal buyers away from the smaller, cheaper and less profitable Maxi model, which had popularised the mass market hatchback segment in the UK since 1969.

This one decision meant the car’s ultimate sales potential was lost.

It would be March, 1982 before BL could fix this error of judgement.

The entire range was re-launched as a hatchback and called the Ambassador.

By then it was too late. Six months earlier Vauxhall had unveiled its five-door hatchback Cavalier (a version of GM’s J-car) and the Ford Sierra hatchback was only six months from release.

The Ambassador was seen for what it was: too old and too late. It was replaced in 1984 by the Montego, which had taken seven years to develop.

Yes, seven years. There was no hatchback.

To put the Princess into an Australian dimensional perspective, its wheelbase is 2667mm, which is identical to the 1978 VB Commodore and 13mm longer than the original Mitsubishi Magna. All have a width of around 1727mm.

And that invites some speculation and another opportunity lost by the Princess.

What if British Motor Corporation (BMC) Australia (this was pre-Leyland merger) had not developed the ill-fated P76?

What if they had not been mesmerised by wanting to emulate Holden, Ford and Chrysler with a big, rear-wheel drive sedan and coupe . . . but instead had looked to the future?

They could have extended the life of the Kimberley/Tasman duo and then replaced them with the Princess, rather than spend the time and money on developing the P76.

A localised Princess might have opened up a new segment of the market — for a spacious wide-body four cylinder car — long before the Magna arrived.

Are there any Leyland Princesses in Australia?

Well, yes, there are.

In part two of this series I meet with Kim and Kevin O’Meley who own two of the six known Princesses that have found their way down under.

CHECKOUT: Eight is enough (for Morris)