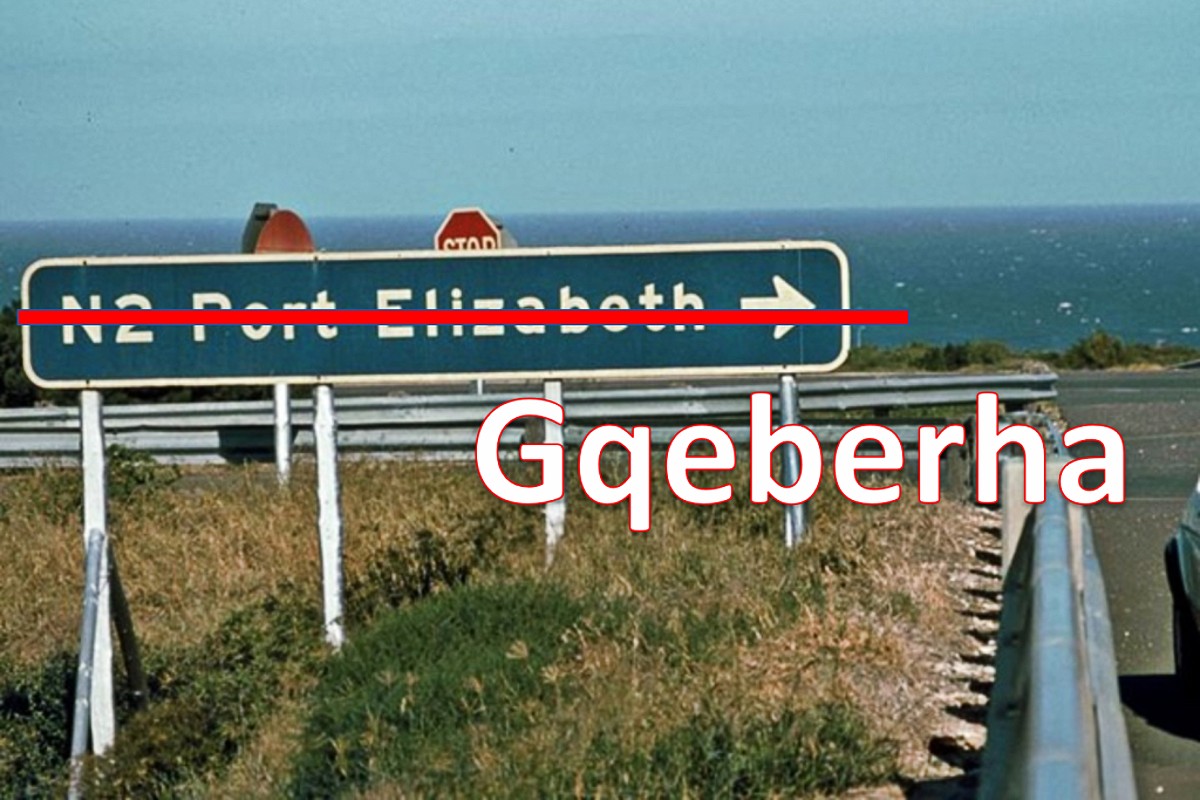 Gqeberha? It’s a Xhosa name that has been approved as the new name for Port Elizabeth, South Africa’s second oldest city.

And, surprise, surprise it’s causing more than a bit of concern, since few people, other than Xhosa, can pronounce the word — or spell it correctly.

It starts with a click of the tongue, in traditional Xhosa, followed by ‘bear’ and a sharp ’gha’, the last bit almost impossible for westerners who have not spent years living in South Africa.

It’s a guttural sound that starts in the back of the throat, something akin to the sound that might emanate if you’re trying to get rid of some stale oyster that might have entered your north-and-south.

It got the green light from Arts and Culture Minister Nathi Mthethwa and has since  topped the Twitter charts in South Africa.

The name was proposed two years ago, but there have been protestations, with some people complaining they don’t know how to pronounce it — while others say they have no desire to pronounce it properly.

Also known as ‘The Windy City,’ it’s in the top five cities in the world for pleasant weather, according to a 2014 scientific climate study of 600 global cities and is a gateway for the Eastern Cape’s adventure, outdoor and big five African game safaris.

It was founded in 1820 by Sir Rufane Shaw Donkin, acting Governor of the Cape Colony, as Port Elizabeth when 4000 British colonists settled Algoa Bay to strengthen the border region between the Cape Colony and the Xhosa.

Its  warm, oceanic climate ranks among the top 10 cities in the world for pleasant, all year round weather, according to a Syracuse University climatology study.

The name change follows the Africanising of several other long-established names, among them Qonce (how do you say that?) for King Williams Town and Kariega for Uitenhage, the world’s top ostrich feather producing centre of yesteryear, and home of a huge Volkswagen plant where all the world’s right-hand drive Polos are produced.

They used to be exported from PE, but now it’ll be from Gqeberha, assuming ship captains can find that name on their maps.

Dawid Stuurman ended up in Sydney during the convict transport era after serving some time, and twice escaping from prison on Robben Island, where he’d been imprisoned by the British lads governing the Cape.

Elsewhere in South Africa, Transvaal province has been renamed Gauteng, Natal is Kwa-Zulu-Natal and the town of Petersburg is Polokwane.

Vehicle rego plates in Gauteng are GP, followed by the number (but residents, sick of constant carjackings and other crimes, refer to it as  Gangsters Paradise).

Meanwhile, the unemployment rate in the post-ANC takeover of the country has reached a record 36.5 per cent.

But in ANC thinking, it’s more important to learn how to say Gqeberha properly.