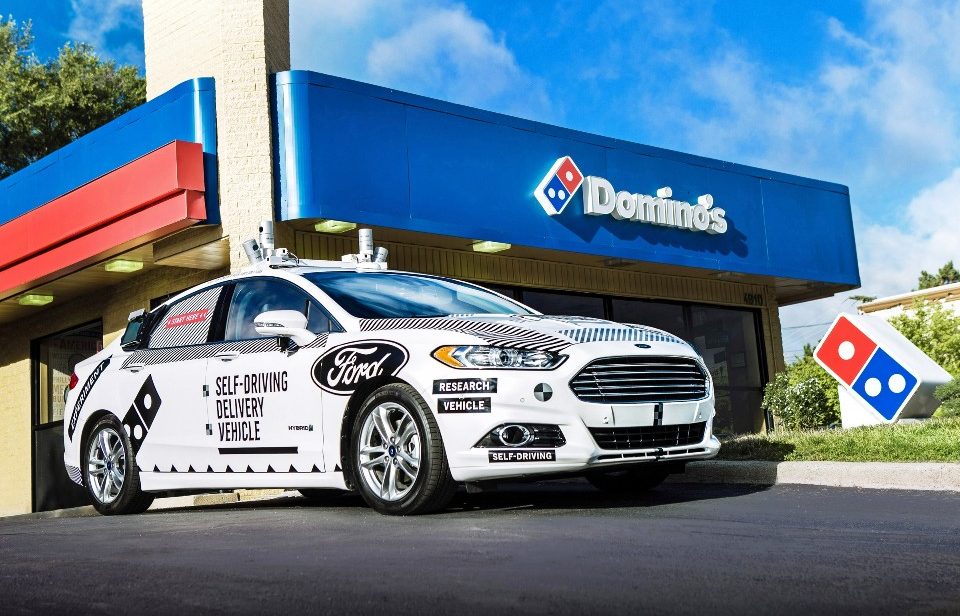 Pizza delivery, minus the driver

PIZZA delivery drivers could soon be out of work – if a brave experiment in the US pays off.

Ford Motor Company has teamed up with Domino’s Pizza in deploying a handful of delivery vehicles on the very busy roads of Miami.

“We are headed to Florida to test and prove out our business model,” Ford vice president of autonomous vehicles and electrification Sherif Marakby said.

“What we learn from this customer experience research will be applied to the design of our purpose-built self-driving vehicle that we plan to launch in 2021.”

The Miami experiment, which expands on a test Ford conducted last year in Ann Arbor, indicates the Michigan-based carmaker still sees driverless package delivery as the key to the self-driving future.

As rivals, such as Waymo and  General Motors are aiming to ferry human cargo without drivers this year and next, Ford, Toyota and Nissan see transporting goods autonomously as a quicker path to profitability.

Ford still intends to eventually offer a ride-hailing service in the autonomous vehicles it will have on the road in about three years, but it is initially focusing on delivery because of its history of providing commercial trucks and vans to businesses.

“We’ve learnt how complicated it can be. It’s a less mature space and it’s also kind of natural to us.”

Next month, Ford will also begin a trial with Postmates, a startup it’s partnered with that delivers groceries, take-out food and other goods.

“Autonomous vehicles are going to be here a lot sooner than most people think,” Miami-Dade County mayor Carlos Gimenez said.

“We want to know and learn from Ford about how these vehicles are going to be integrated into our infrastructure.”

Good point, since Miami is said to be the world’s 10th most congested city with research showing commuters spend an average 64 hours a year stuck in traffic.

Also, more people died in crashes on the section of the I-95 highway that runs through Miami-Dade County in 2015 than any other county along the that route along the entire eastern seaboard.

Ford has many questions it hopes to answer in the test, such as whether a driverless delivery vehicle should double park like the human-driven ones in big cities today, and whether consumers are willing to trot out to the kerb to retrieve their dinner from a compartment in the Fusion’s back seat.

“All these pieces have to come together to stand up this business in 2021,” Farley said.

“That sounds like a long way off, but it’s really not.”

The trial is a 50:50 thing for pizza lovers: they might have to run outside to get their order, but they won’t be expected to leave a tip.

Driverless race car: what will they think of next?