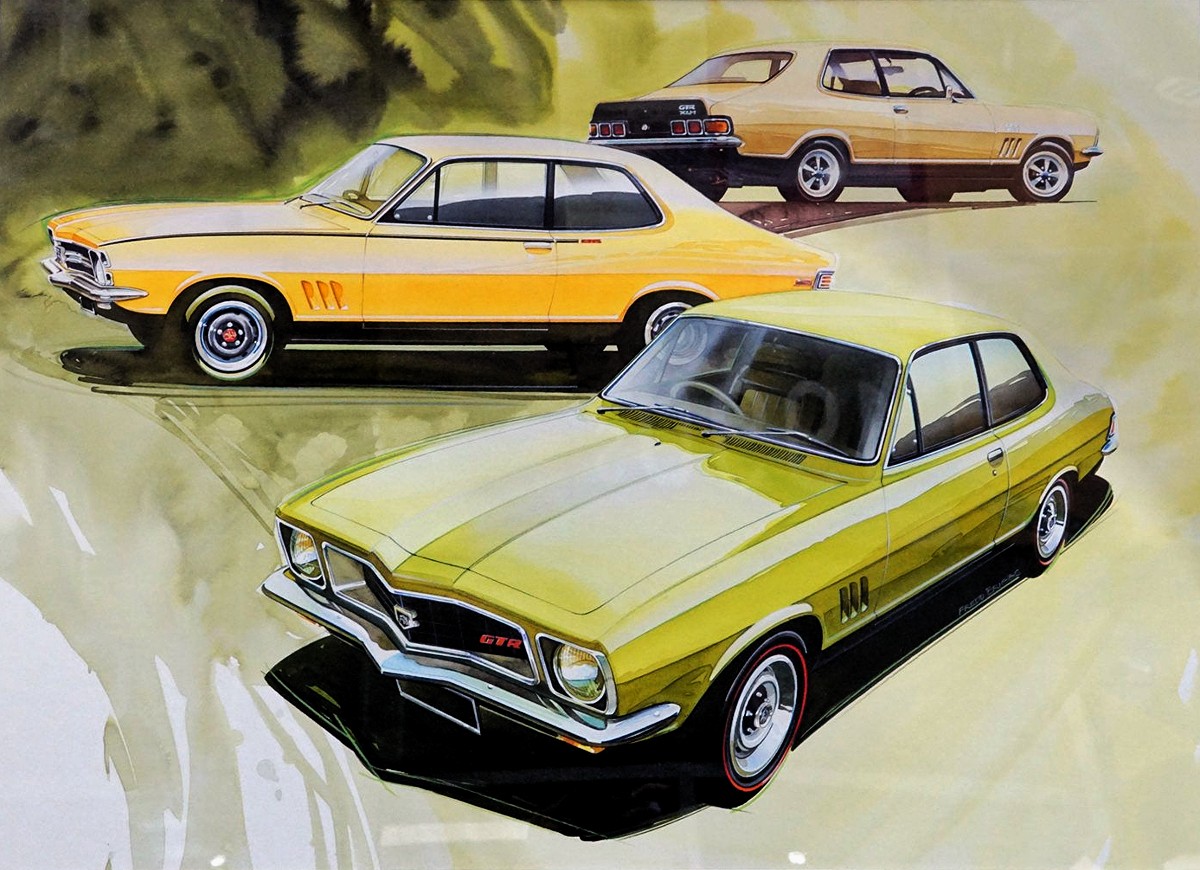 NZ calls and so does Fredd’s big garage sale

After some 50 years in Australia, Fredd Briggs and his wife have decided to pack their bags and return to New Zealand.

Nothing too special about that, except that the 76-year-old Briggs is an artist of some note and that means one helluva garage sale.

In case the name doesn’t ring a bell, Fredd is a prolific automotive artist, one that draws and paints cars, race cars and racing car drivers — both for clients and pleasure.

One of the pieces that he has decided to give the old heave ho is an interesting piece that was commissioned by Holden that planned to turn it into a jigsaw puzzle.

The painting which depicts the Torana GTR and GTR XU-1 was to have been one of a series of four iconic cars, but the puzzling thing is that Holden never carried through with the idea — and Fredd was left holding the baby.

He doesn’t know why and Holden never explained why it canned the project, but that’s just the way it turned out sometimes, the artist reflected.

The jigsaw piece is one of four artworks that Shannons is auctioning for the Melbourne-based artist and illustrator at its time Spring auction which gets underway on August 31.

There’s also a watercolor of a 1977 Morgan Plus 8, a line drawing of a Porsche 911 GT2 and “Dash for Cash” — a promotional piece featuring the 1993 Glenn Seton-Peter Jackson Falcon.

All told Fredd plans to sell some 30 or 40 pieces, so keep an eye on Shannons.

“I’ve got a lot of beautiful artwork to clear, but they can be hard to part with,” he said.

“They’re like kids. They grow up but they never leave home.”

Born in New Zealand, Briggs worked in design and advertising in NZ, the UK and Australia, where he quickly became the king of automotive line drawings, working on illustrations for almost every automotive account in the country.

He worked as a freelance illustrator when he came to Australia in 1972, working initially for Ford, Hoden and International Harvester.

Over the years he has painted some of the biggest names in motor racing including Jack Brabham, Michael Schumacher, Peter Brock, Allan Moffat and Valentino Rossi.

Briggs has created commissioned works for a number of private and corporate clients, including Porsche Cars Australia, a motor racing stamp series for Australia Post and even race car liveries for the V8 Supercars of Glenn Seton and Craig Lowndes.

In 2017, he was asked to create a 25 x 2.5 metre long mural by the Ferrari Club Australia in conjunction with the Australian Grand Prix.

With five weeks to design and execute the work it was one of his greatest challenges.

He has also painted some other large pieces, including a 1.5 metre blue Falcon GT-HO and silver E49 Charger.

Some of the works such as one of Schumacher took 150 hours over several weeks to complete.

Up for grabs at the Spring auction is:

CHECKOUT:Check out BMW’s Art Cars in all their digital glory