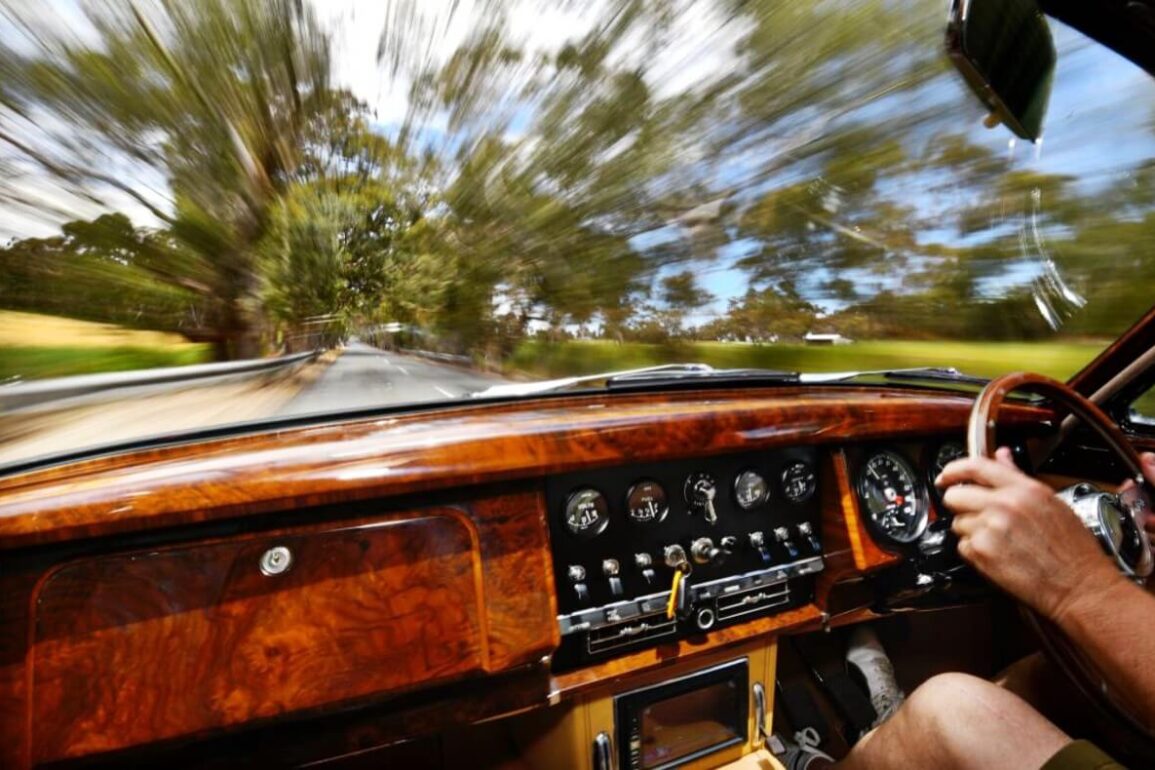 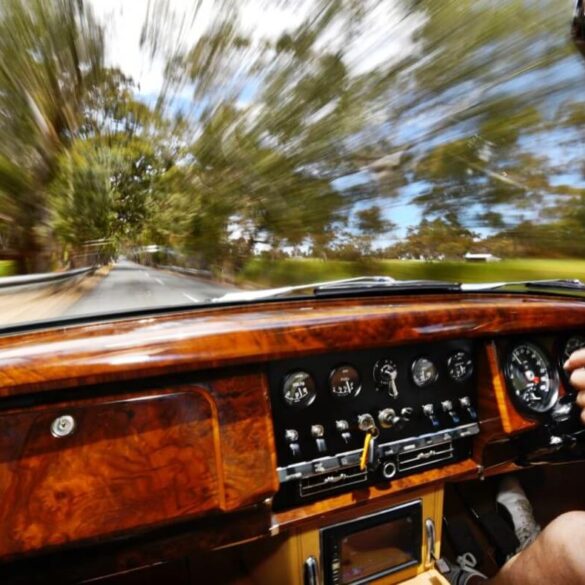 Not just any old Jag, not anymore

Home
Wheel life
Not just any old Jag, not anymore

NOBODY has ever seriously argued that the Jaguar Mark 2 was anything other than fast, luxurious and stylish.

It’s easy to forget just how impressive it was when it launched in 1959.

Available with a choice of 2.4-litre, 3.4-litre or 3.8-litre XK engines, its predecessor, (retrospectively called the Mk1) was Jaguar’s first monocoque saloon.

The Mk2 came out with redesigned bodywork, a much airier glasshouse, a wider rear track, upgraded front suspension and disc brakes all round.

Classic wood-and-leather interior, and one of the best views across that bonnet.

The motoring world has moved on, and anyone who thinks they can sit themselves in the opulent wood-and-leather interior of a Mk2 and drive it like a modern saloon will be sadly mistaken.

By current standards, the steering is vague and the brakes marginal.

Handling was a huge step forward over the occasionally skittish Mk1, allowing drivers to exploit the performance with far greater confidence. 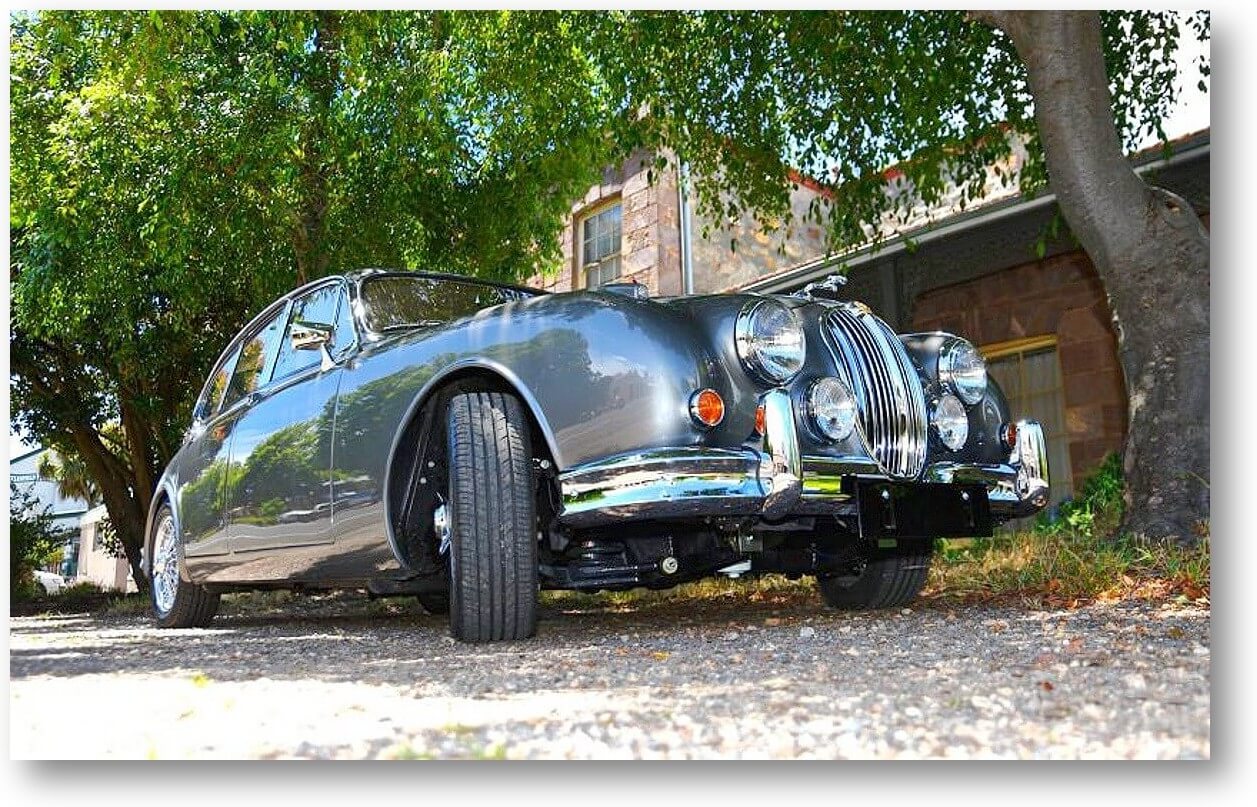 The Mk2 has always been a head-turner!

This particular Mk2 wasn’t bought specifically to be restored or upgraded.

Instead, the 3.4-litre automatic had been a long-term family car for Chris Hatcher, chief winemaker at Wolf Blass Wines in South Australia’s Barossa Valley.

But when the brakes failed some years ago and the car ended up stranded by the side of the road, his wife declared: “That’s it! Time to get it done.”

Fortunately, Chris wasn’t misled by the various “reality” car restoration shows: he knew it would be a long and expensive process.

He also had a good idea of how he wanted it to proceed.

And he was adamant that when complete, the car would once again be an everyday driver.

It took even longer than he planned.

Has there ever been a better-looking motor? But space was always tight.

Shane Reynolds of Finch Restorations in Mt Barker takes up the story.

“When it came to us, it had been at another shop. It was stripped, some repairs were done and then it was left in primer for 20 years.” 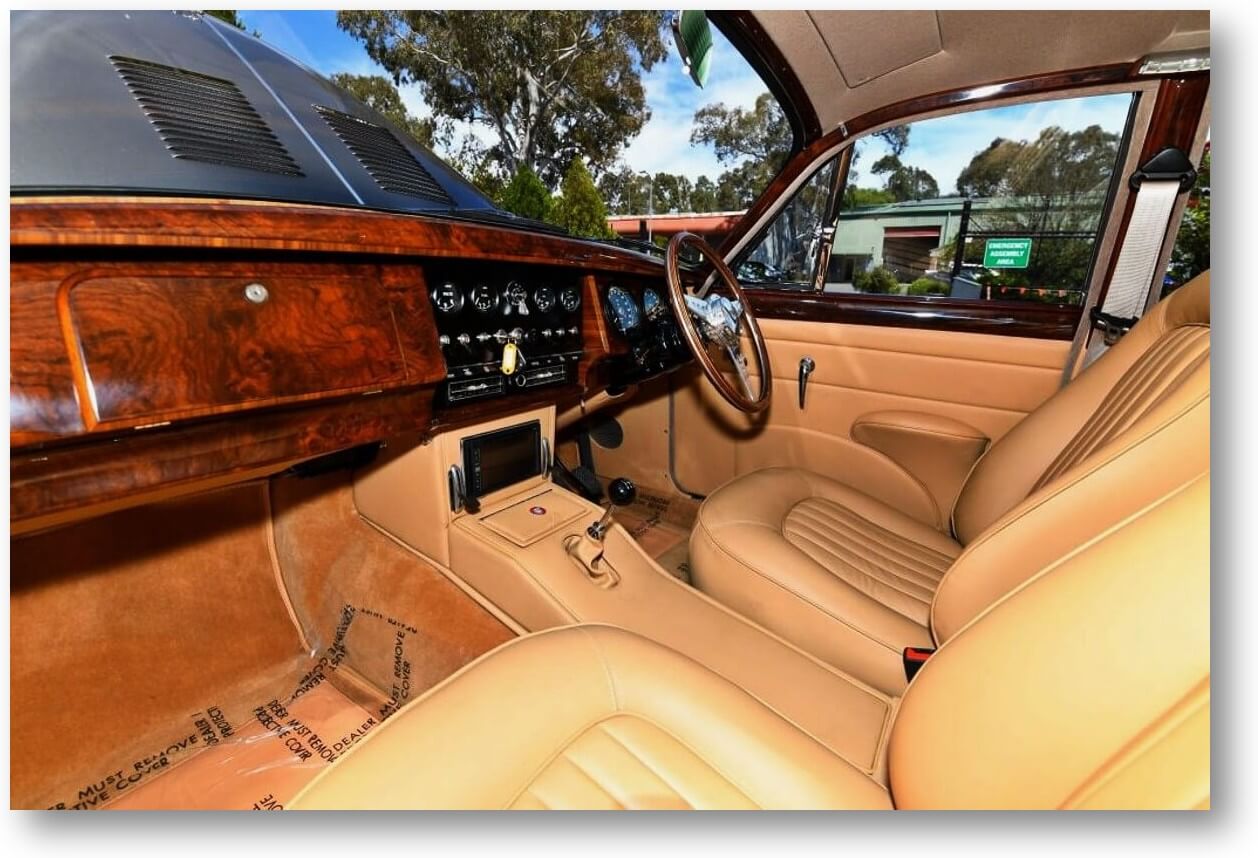 The first challenge facing Finch Restorations was to get the car straight, and work out how to incorporate all of Chris’s demands.

“He knew what he wanted,” recalls Shane, “and had researched other upgraded Mk2s such as the Beacham cars.

“We started with an accurate brief of where he wanted to go with it.” After a moment’s hesitation, Shane adds,wryly, “We probably need to learn to say no a bit more!”

Many of the modifications are out of sight, but make a huge difference.

Like most owners starting a restoration, Chris thought costs could be kept down by cutting a few corners, but as the process developed, he started to understand that short cuts can be short-sighted, and quite often result in completed work having to be reversed and undertaken again.

That can be a double-edged sword with clients disrupting the workflow and coordination through not understanding the process.

This could have arisen when Chris arranged for the instruments to be sent to New York to be refurbished.

Potentially, it could have resulted in delays but before the gauges were despatched, Finch were able to mock up the dashboard to ensure everything would fit. 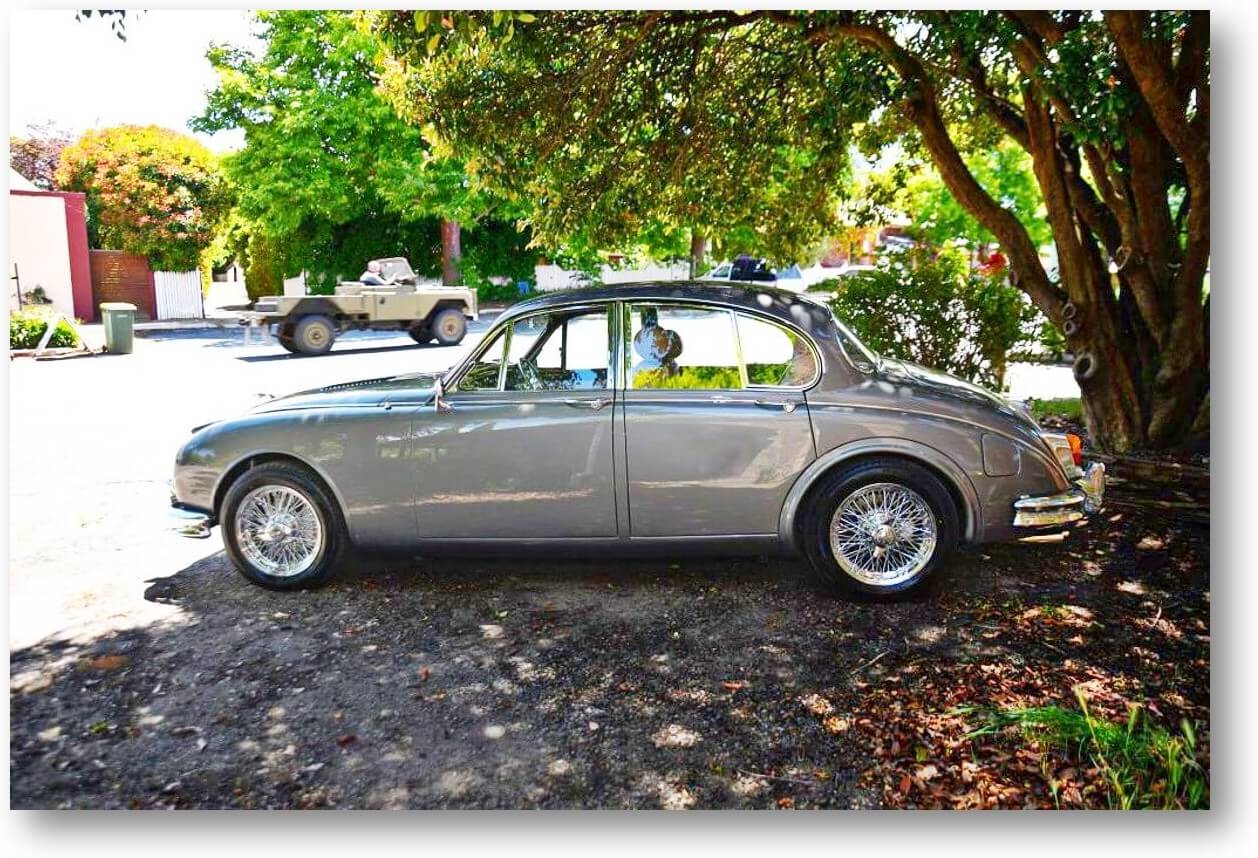 As Molly happily admits, Chris worked closely with them to keep things moving along.

The battery had to be moved to the boot.

The best way to appreciate the scope of the work commissioned by Chris is to look at the list of modifications carried out on his Mk2 . . . it runs to two tightly typed pages!

Although this is a common swap, Shane explains that it required some adaptation of the engine bay for the new motor to fit.

“One of the issues with Mk2s is that the engine is a tight fit to begin with, so there was a bit of trial and error and head scratching. The good thing about the 4.2-litre motor is that it fits in the hole and looks much the same.”

Knowing the car would be fitted with additional features, allowances had to be made to make room for them under the bonnet.

The owner was adamant that he wanted triple SUs.

Fitting the 4.2-litre motor necessitated some engine bay modifications, as did the decision by Chris to use triple SU carburettors.

“We would probably have looked at fuel injection,” suggests Shane but Chris wanted the traditional appearance of carburettors. 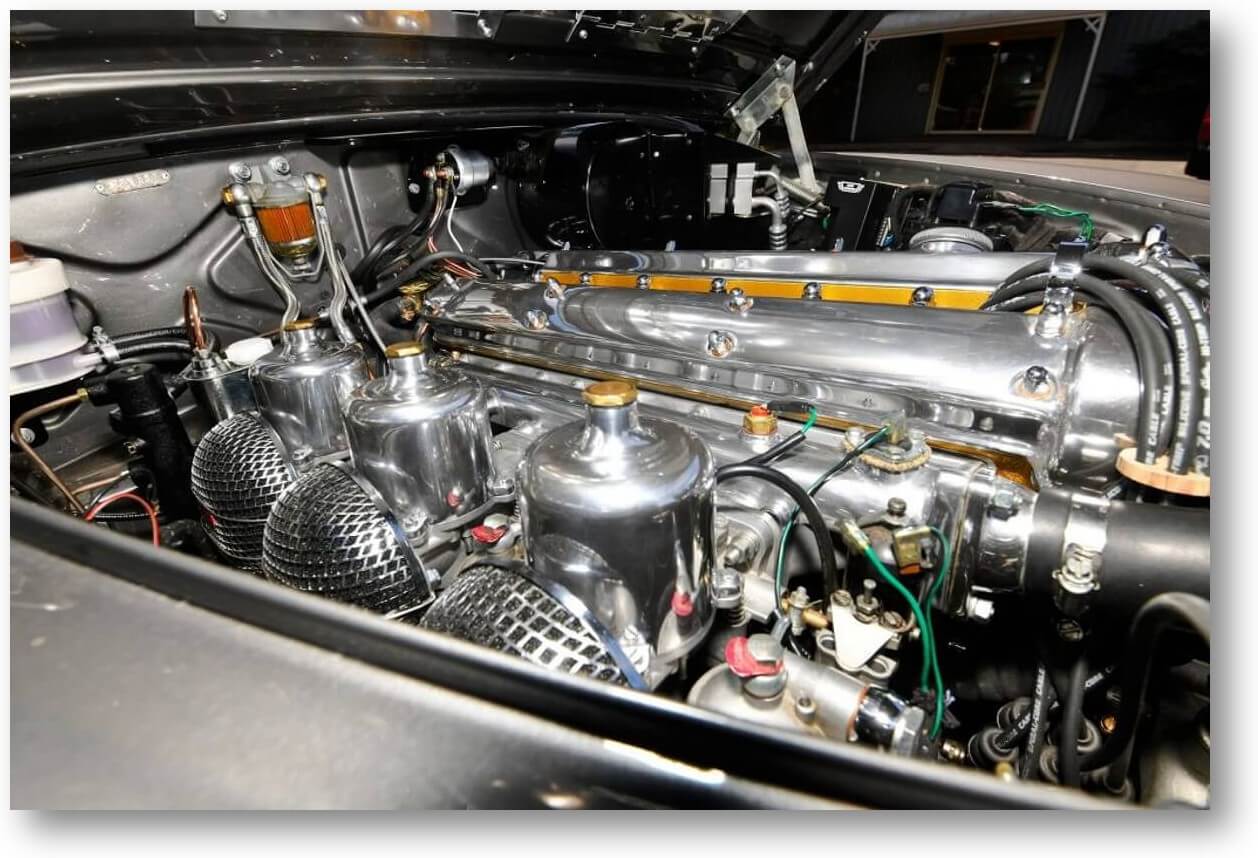 This meant installing an inlet manifold from a Jaguar 420G. To make room for it, the master cylinders had to made more upright and the pedal box geometry changed.

For peace of mind, an external oil filter and cooler were fitted, as was a high-torque starter motor.

The auto transmission was replaced with a Tremec five-speed manual, and some modern conveniences added.

The automatic transmission was replaced with a 5-speed Tremec T5 manual gearbox.

And typical of the attention to detail evident throughout the car, the erstwhile gear lever became the indicator wand.

The now-redundant unit on top of the steering column lost its auto transmission indicators and had neat Jaguar identification installed – it looks like it was there from new.

The tailshaft was replaced with a correct length shaft supplied with the new gearbox.

First change was to convert the system to negative earth, replace all wiring and the original dynamo with a Lucas 17 ACR alternator.

The original SU fuel pump was replaced with an SU electronic solid-state pump.

For under-bonnet space reasons, the battery was moved to the boot.

The original two-fuse fuse box was upgraded to a Classic Technologies fuse box with 15 fuses and seven relays. 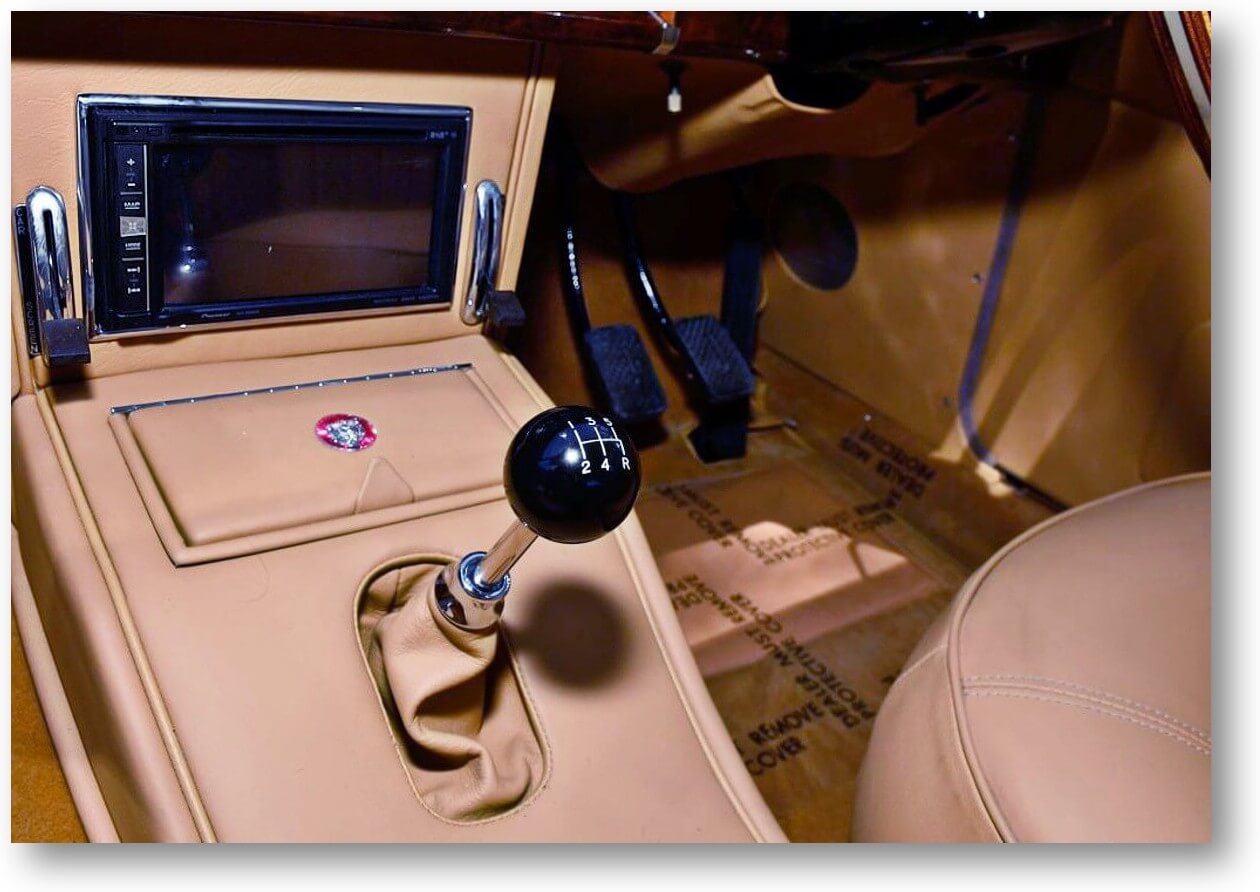 “We wanted to retain as much of the original wiring loom as possible,” explains Shane, “so we actually used the original loom plus an ancillary loom. It was made up here, and then sent off to be cloth wrapped.”

All globes other than the headlights were replaced with LED units, halogen headlights were installed and the reversing light was converted to white with a red rear stop light.

The XJ6 X300 seats were re-trimmed to replicate the original pleat design.

Sometimes, even Jaguar doesn’t quite get it right, so the Panhard rod fixing point was strengthened as recommended by Jaguar to dealers in 1963!

The rears were also replaced with a Coopercraft billet aluminium cylinder kit and modern pads. 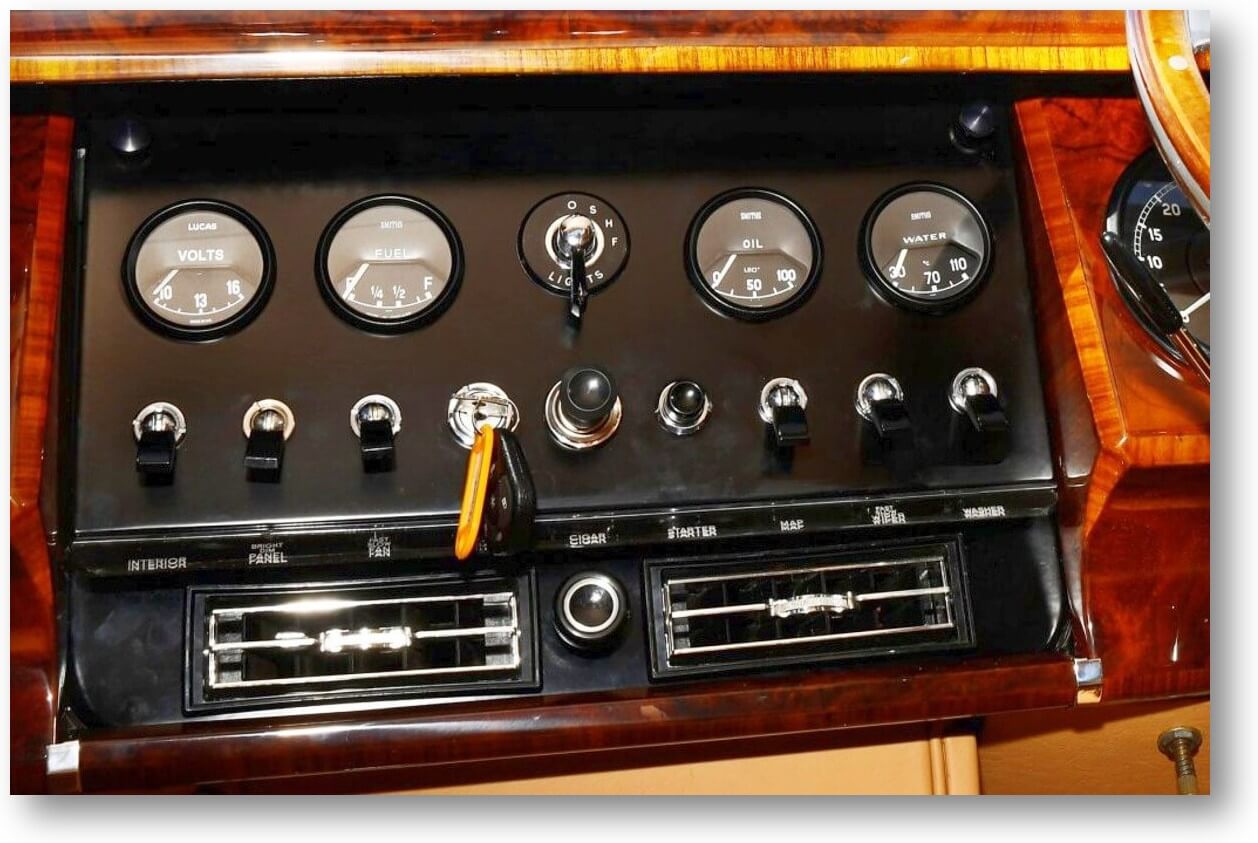 The steering received an EZ power steering unit specifically made for Mk2 Jaguars (although it did require some under-dash modifications) and the original steering wheel was replaced with a 15-inch Moto-Lita wood rim unit.

The integrated air conditioning unit was cunningly fitted inside the existing heater box.

Even though the unit was supposedly a direct fit kit, it quickly became obvious that a bonnet hinge was in the way and the bonnet wouldn’t close.

“It also looked ugly and took up valuable space in the engine bay,” adds Shane.

The radiator was upgraded with a new aluminium unit and electric fan and a Classicfab stainless steel exhaust system fitted.

The front seats came from a Jaguar XJ6 X300, retrimmed to have seven pleats (as per the original Mk2).

The first thing that strikes you with this Mk2 is how understated it is.

Despite the extensive list of modifications and updates, it looks not far removed from a standard car.

To our eyes, resisting the temptation to create a pastiche of old and new was the right decision.

Some of you will remember the Mk2 “reimagined” by CMC in the UK for Ian Callum in 2015.

That car had lost any sense of being a Mk2, with its modern gauges, overly embellished interior and various other “enhancements”. 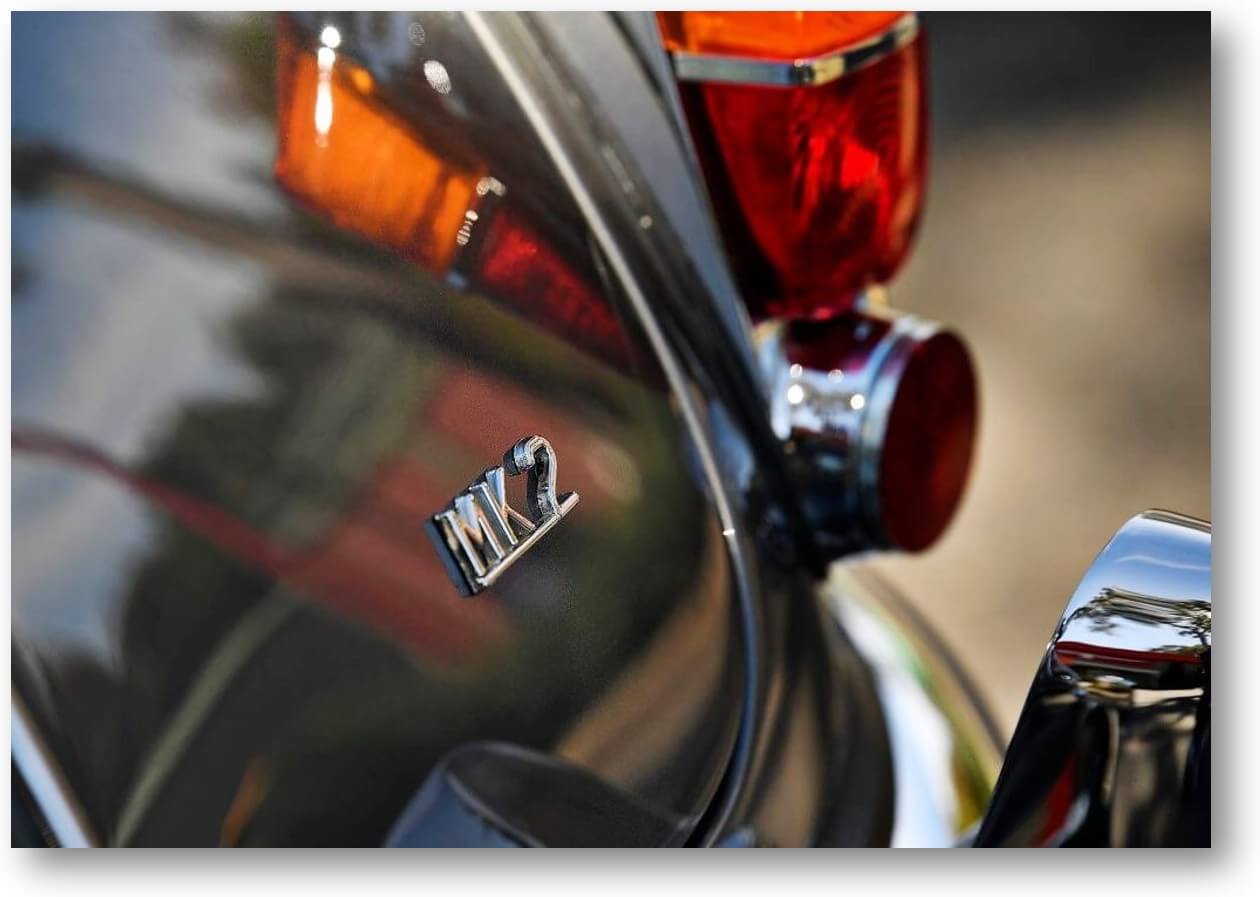 The Hatcher Mk2 still has the essence of a Mk2, surely the reason for owning one in the first place.

That’s not to say it isn’t light years ahead of the original, in almost every way.

This Mk2, the 59th 3.4-litre built, still reminds you it is a 63-year-old car, but it inspires a degree of confidence that tempts you to press on a bit harder, brake a bit later, knowing that nothing is liable to fail.

It is a strange sensation to drive into corners at speeds that would have you way beyond the limits in an original car.

The biggest single change is the five-speed manual gearbox.

Shane suggests you can drive it “like a Corolla”.

We wouldn’t go that far, but the changes are delightfully crisp, the ratios ideally matched, the clutch pedal not too weighty and the seamless torque of the 4.2-litre motor (with its mild cam) and the distinctive sound of those three SUs all combine to create an intoxicating blend.

Steering feedback is another revelation.

You always know what the front wheels are doing, and the control is totally at odds with the view over that familiar bonnet and through the smallish windscreen.

Naturally, this being somebody else’s (very expensive) car, we were unable to carry out any performance tests but there is no doubt this car is considerably faster (and safer) than the original, although to some extent that misses the point.

The Finch-restored car is, like the original, a proper sports saloon.

And we’re pleased to know it won’t be cossetted away in a garage, but driven on a daily basis, bringing pleasure to another generation of owners. 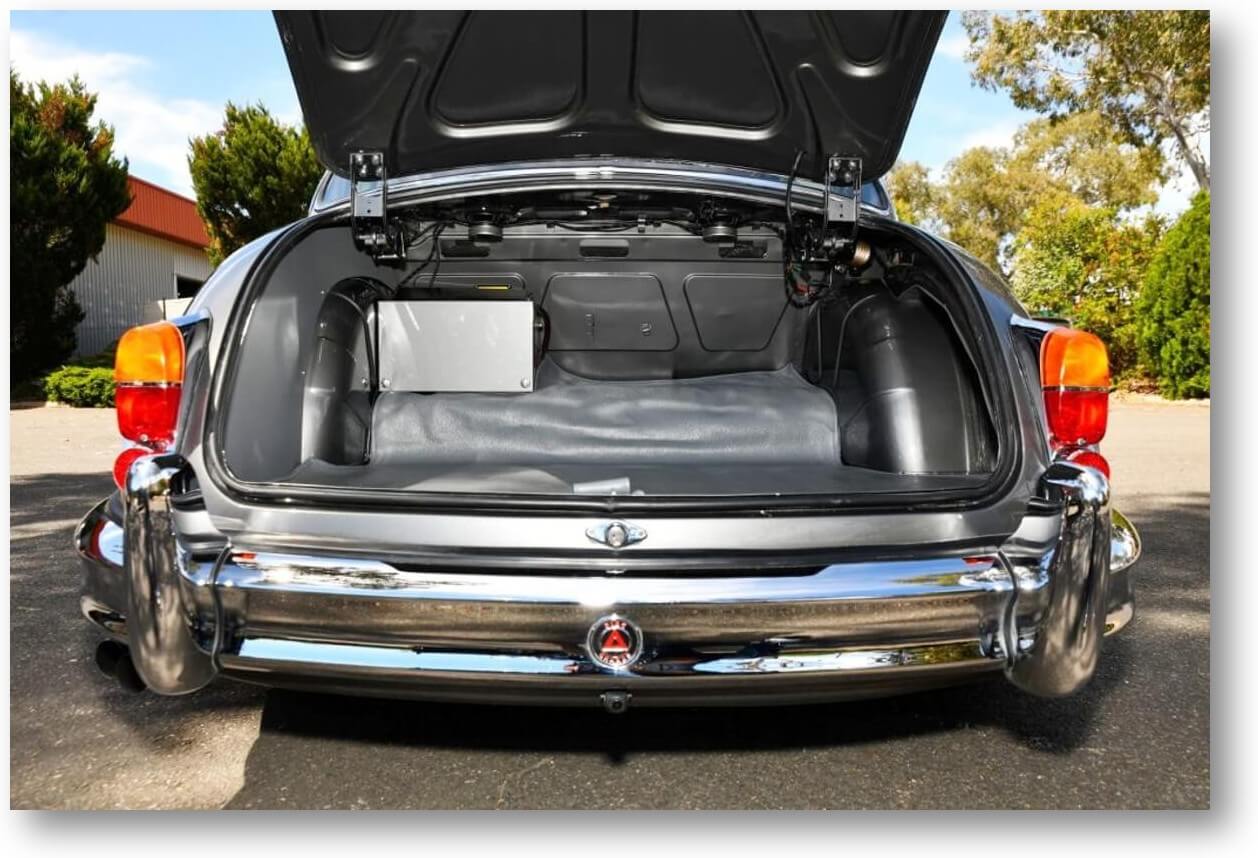