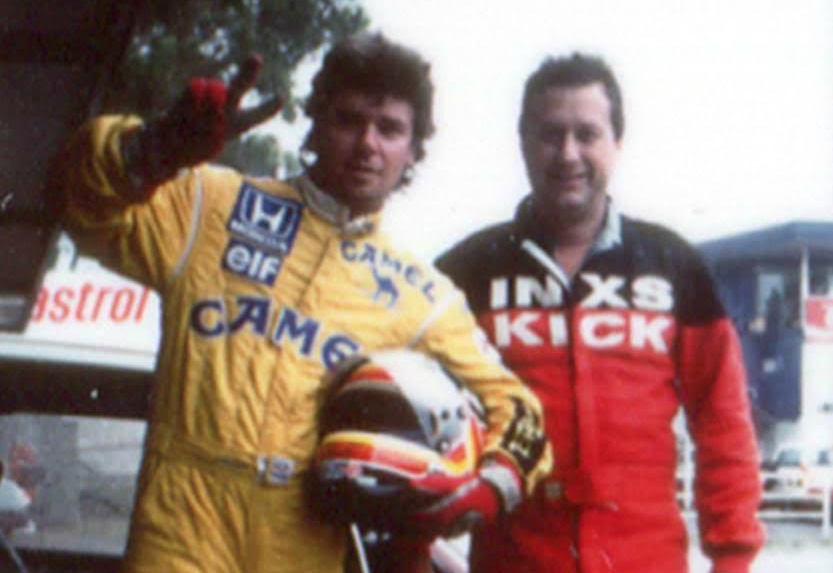 It helps that ex-sports journo Murray – aka Crusher – is prominent in Australian motor racing, runs a successful Speedcafe website and last year pulled off a fairy tale Indy 500 entry with Matty Brabham.

Crush has had what we might term a rich and colourful life, and the pages of his self-penned tome are loaded with lurid tales.

Hard-partying Murray is a rough nut who knows everyone in the game around the globe. 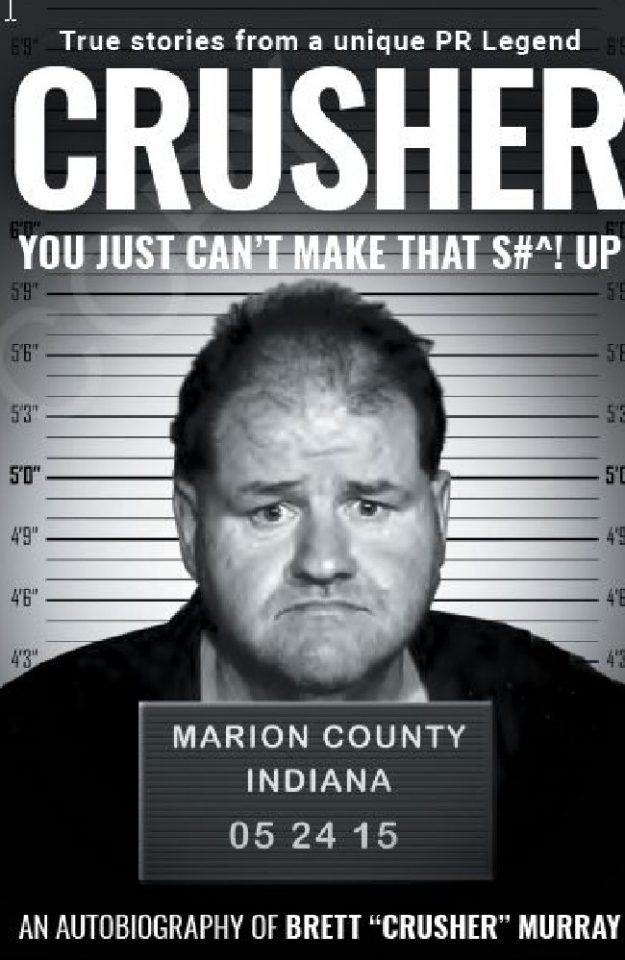 The cover photo of his book is a forlorn mug shot generously provided by Marion County, Indiana, police. It’s for real too.

Crusher ended up on charge after he was pinged just over the limit while riding a jet ski on the eve of the 2015 edition of the greatest motor race in the world — if not the universe.

I paid $50 of my own money for a copy of the book, which says a lot about its appeal.

The other book is Along For The Ride, sub-titled Fast Cars and Rock Stars, by Dave Clement.

It’s a memoir of a 10 quid pom who, though no household name in motor sport, was a handy race driver who made it on to the grid of the Bathurst 500/1000 and found himself in the crazy lives of INXS — then the biggest band in the world.

A great story in itself is how Clement, a businessman on Sydney’s Northern Beaches, got to know the fledging Farriss Brothers – later to turn into INXS.

In 1979, the racing driver and car dealer was contacted by a member of keen though under-funded local band, asking if they might use Clement’s racing workshop in Brookvale as a place to rehearse.

Agreeing to a deal where he would be paid $5 a week to cover electricity, a space was cleared for the youngsters.

Brothers Andrew, Tim and Jon Farriss, Kirk Pengilly, Garry Beers and Michael Hutchence – honed their songwriting and musicianship in the workshop — while music fan Clements listened and looked on.

Most of the rest is history. Dave was their friend for life. They never paid their accumulating power bill but instead, to square the ledger, Clement got them to play for nothing at a party — a kind of contra.

Later, when the band had its first records released, INXS agreed to sponsor some of Clement’s race efforts, including several entries at Bathurst. 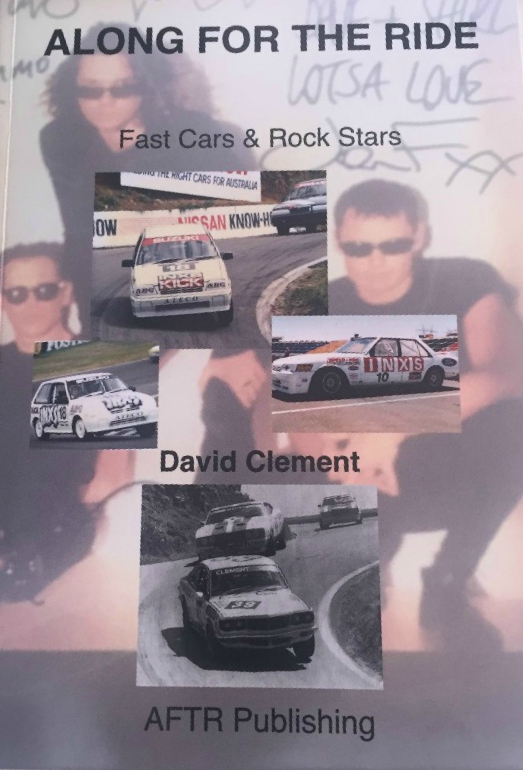 The book charts a lot of INXS’s rise to glory along the well-trodden sex, drugs and rock ’n’ roll journey — but Clement certainly got a different perspective of someone within the inner sanctum . . .

“They were relentless with their heavy workload, touring schedules and the effort they put in to achieve their dreams,” Clement observed.

“I believe that having three brothers, and the other three members all as friends since their school days, was a part of the foundation for their success. It was a tight-knit ‘family affair’ from the start.”

Clement noted that, considering their inexperience, Michael and Jon were quite competitive, especially in wet conditions.

Revealing a gratitude to those who helped from a humble start, the band often invited Clement to accompany them on all-expenses-paid tours here and internationally.

Hutchence’s shock death in a Double Bay hotel suite in 1997 rocked Clement, who has his own thoughts on what brought the superstar to his sad end.

A bunch of happy snaps accompany the words in Along For The Ride.

“It’s a story I’ve wanted to tell for 20 years or more, about this group of school kids who worked hard and ended up conquering the world.”

It’s a surprisingly easy and charming read, especially for those who can relate to both motor sport and rock music.

Priced at a recommended $33 the book can be ordered at www.alongfortheride.com.au

CHECKOUT: Age no barrier to this 70 something adventurer